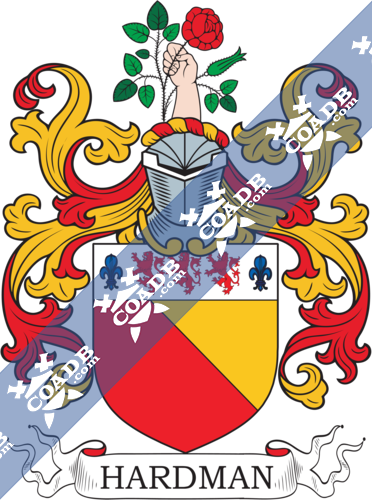 The surname of Hardman hails largely from the country of England, but is also found in ancient Irish texts and traditions. Within the country of England, the surname of Hardman derives from the Old English Pre 7th Century word of “hardi,” which was a personal given name that can be translated to mean “brave,” and the addition of the suffix of “man,” which can be translated to mean a “friend,” or a “companion.” This surname of Hardman comes from the class of surnames in England that was created from a nickname. It is a common element of surnames throughout Europe that many of them originally derived from nicknames, as it was a very common practice in medieval times. In the beginning, nicknames were applied to people who had distinguishing characteristics, such as moral or mental peculiarities, a similar appearance to a bird or animal, a similar disposition to a bird or animal, occupation of an individual, their habits, or their manner of dress. In the case of the surname of Hardman, this surname was often given to someone who was considered to be brave or hardy. In the country of Ireland, the surname of Hardman can be traced to the Gaelic Pre 10th Century word of “O’hArgadain” which comes from the personal given name of “Argadan,” which can be translated to mean “aged silver” and the addition of the prefix “O’” which means “male descendant of.”

The first recorded spelling of the surname of Hardman can be traced to the country of England. One person by the name of Walter Hardiman was mentioned in the document known as the Subsidy Rolls of the County of Sussex in the year of 1327. This document was ordered, decreed, and written under the reign of one King Edward III of England, who was known throughout the ages and commonly referred to as one “The Father of the Navy.” King Edward III ruled from the year of 1327 to the year of 1377. Other mentions of the surname of Hardman in the country of England include one Thomas Hardiman, who was married to one Agnes Sweet and the church of St. Dunstans in the East, Stepney in the year of 1601, while one Elizabeth Hardman married one Edward Barker in the year of 1638 at St. Martins in the Field, which is located in Westminster.

In the 17th Century, it became common for European citizens to migrate to the United States of America, which at that time was known as The New World, or The Colonies. These citizens were in search of a better life for them and their families, and the United States of America promised freedoms that were never afforded to these citizens. This movement of people was known as the European Migration. Among those who migrated to the United States was one Richard Hardman, who settled in the state of Virginia in the year of 1657, making him the first recorded Hardman in the New World.

Karl Hardman (1927-2007) who was a film actor and producer from America, and who produced George A. Romero’s Night of the Living Dead in the year of 1968.

Cedrick Ward Hardman (born in 1948) who was a former football defensive end from America.

William Franklin “Bill” Hardman Jr. (1933-1990) who was a jazz trumpeter and flugelhornist from America.

Lamartine Griffin Hardman (1856-1937) who served two terms as the governor of the state of Georgia, and who was a politician from America.

John Hardman (1811-1867) who was a metal worker who worked with the famous architect Augustus Pugin, and whose work includes detailing the throne in England’s House of Lords, and who was from England.

Christopher James Hardman (1990-2015) who was known by the stage name of Lil Chris, and who was a singer-songwriter from England, as well as being an actor, and television personality.

1) Per bend gu. and or, on a chief ar. three lions gu. betw. two fleurs-de-lis az. Crest—A hand issuing, pulling a rose ppr.
2) (Liverpool and Rochdale, co. Lancaster). Ar. on a fesse engr. gu. betw. three crosses patonce of the second as many crescents of the field. Crest—A naked arm embowed, couped at the shoulder, holding a mill-pick ppr. 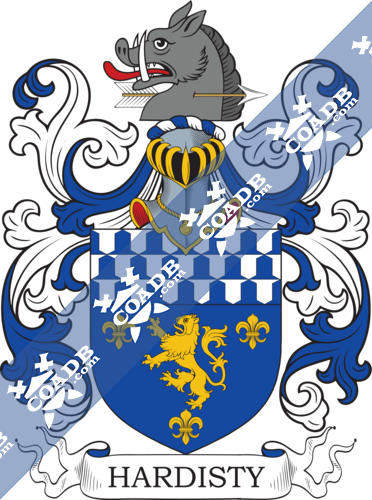 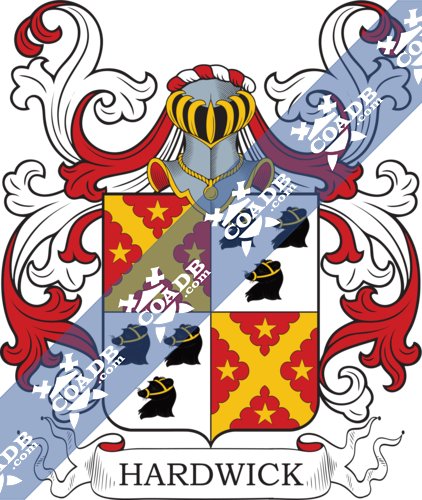