The surname of Hartmann was most often given as a nickname. It is a common element of surnames throughout Europe that many of them originally derived from nicknames, as it was a very common practice in medieval times. In the beginning, nicknames were applied to people who had distinguishing characteristics, such as moral or mental peculiarities, a similar appearance to a bird or animal, a similar disposition to a bird or animal, occupation of an individual, their habits, or their manner of dress. In the instance of the surname of Hartmann was derived from the Pre 7th Century word of “heorot,” which would have been given to someone who was a fast runner. However, in the medieval times, nicknames were often given as a joke, or sarcastically, so it is possible that in jest, this surname of Hartmann was actually given to someone who was very slow. Because this surname includes the suffix of “mann,” it is also possible that this surname was given to someone in an occupational setting. This means that the original bearer of the surname of Hartmann most likely was a runner for someone who was known by the name of Hart, meaning that he actually carried out this job. Occupational surnames were not originally hereditary surnames. They only became hereditary if the son followed in his father’s footsteps for a career; then the surname became hereditary and was used by the children and spouse of the son. The final possible origin of the surname of Hartmann is that it was of Irish origin, and was derived from the Old Gaelic surname of “O’hAirt,” which itself was comprised of the elements “O’” which can be translated to mean “a son of,” and “art,” which was a byname that could be translated to mean “a hero.” Thus, someone who bore this surname was said to be the son of a hero.

The first recorded spelling of the surname of Hartmann can be traced to the country of England. One person by the name of Aelfric Hort was mentioned in the document known as the Olde English Byname Register for the county of Hampshire in the year of 1060. This document was ordered, decreed, and written under the reign of one King Edward, who was known throughout the ages as “The Confessor.” King Edward of England ruled from the year of 1040 to the year of 1066. Other mentions of the surname of Hartmann in the country of England include one Roger Hert, who was mentioned in the Pipe Rolls of Norfolk in the year of 1166, and one Simon le Hert who was noted in the tax rolls commonly referred to as the Feet Fines of Kent in the year of 1194.

The first person to bear the surname of Hartmann in the United States of America was one Hans Hartmann, who arrived in New York City, NY in the year of 1709.

Ernest Hartmann (1915-1992) who was a medical doctor, publicist, and author from the country of Germany who is known for developing the Hartmann grid

Erich Alfred Hartmann (1922-1993) who was known as “The Black Devil,” and who was a fighter pilot during World War II from Germany, who is known for having the highest scoring fighter ace in the aerial warfare, and claimed 352 aerial victories

Max Hartmann (1876-1962) who investigated human reproduction as a biologist 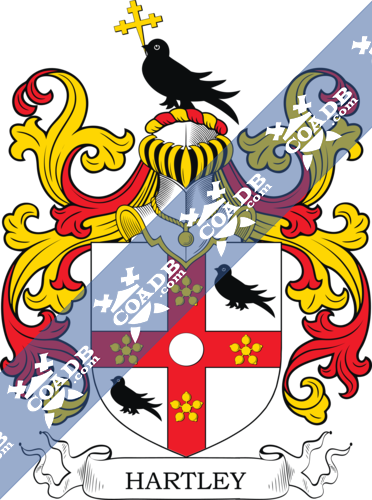