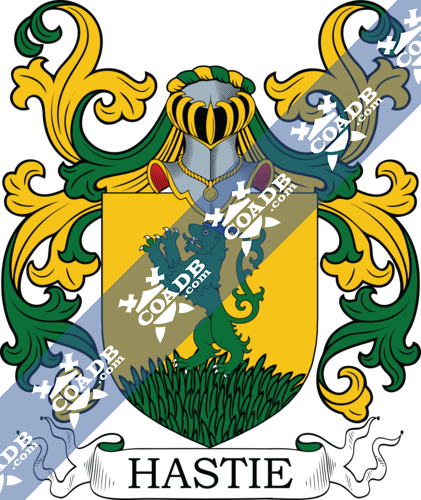 This name, with various spelling Hasty, is of ancient English origin and acquires from the Middle English (1200 – 1500) “hasti,” a hereditary of the Old French “hastif” which means speedy or quick, and frequently given as a nickname to a quick or hasty person. The surname was first noted at the start of the 13th Century. In 1221, one Richard Hasty was found as an observer in the Assize Court Rolls of Warwickshire, and a Richard le Hastie was listed in the Court Rolls of Lancaster, dated 1326. In 1376, Robert and John Hasty, residents in Herthornhill, were recorded in the Ancient Licenses of the Earldom of Morton, Scotland, and in 1478, Thom Hasti “witnessed an implement of sasine.” James Hastie (1786 – 1826) was a local servant of Great Britain in Madagascar, who served in the ranks during the Mahratta war and arranged a deal with Radama I of Madagascar during the period (1817 – 1826).

The surname Hastie first appeared in Lanarkshire, an old district in the central Strathclyde region of Scotland, now parted into the Council Areas of North Lanarkshire, South Lanarkshire, and the City of Glasgow, where they held a family seat from old times. Some say well before the Norman invasion and the appearance of Duke William at Hastings in 1066 A.D.

The very first recording spelling of the family was shown to be that of Robert Hastif, dated about 1202, in the “Curia Regis Rolls of Wiltshire.” It was during the time of King John who was known to be the “Lackland,” dated 1199-1216. The origin of surnames during this period became a necessity with the introduction of personal taxation. It came to be known as Poll Tax in England.

Many of the people with surname Hastie had moved to Ireland during the 17th century.

People with the surname Hastie who landed in the United States in the 18th century included John Hastie landed in Charleston, South Carolina in 1774.

The following century saw more Hastie surnames arrive. Some of the people with the surname Hastie who arrived in the United States in the 19th century included Robert Hastie arrived in New York in 1812.

with the surname Hastie who settled in Canada in the 19th century included Mr. John Hastie U.E. who settled in Charlotte County, New Brunswick near the year 1784, a member of the Port Matoon Association.

(Scotland). Or, on a ground in base vert, a lion saliant of the last, royally crowned az. 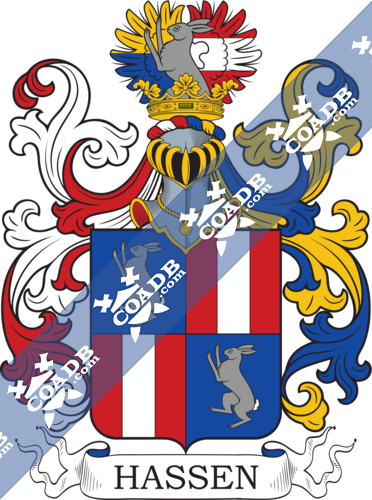 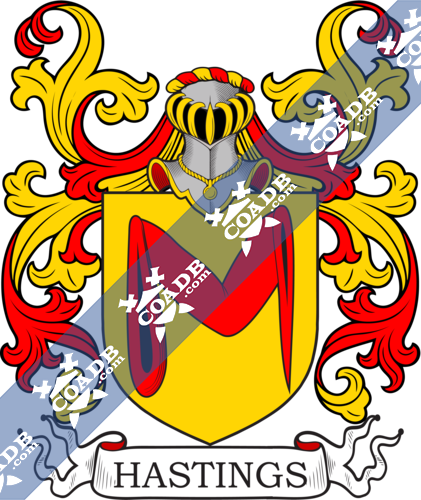