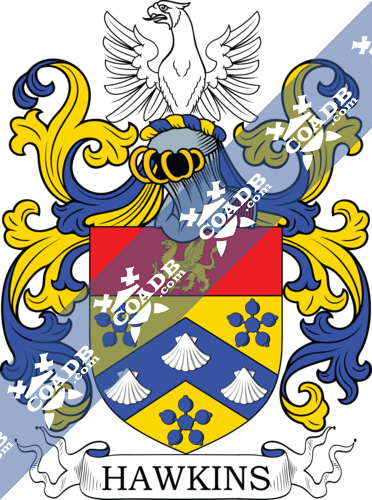 The surname Hawkin, Hawking, Hawkins, Hawkings, Hawkes, or Hawks is a baptismal name meaning “son of Henry” or “son of Harry”. It is the diminutive of Hal or Haw. Others derive this old Anglo-Saxon last name from the Old English personal name Hafoc or Havec. Still others derive the name from the Irish Haughan or O’Haugan that came into England with the migration of Irish people in the Civil War during the 1500’s AD. Some believe it comes from the work “hawking”, which is similar to falconry, the art of hunting with a trained bird of prey. 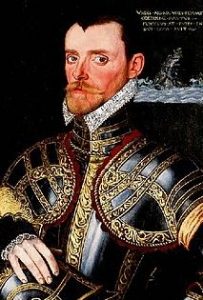 The Hawkinses of The Gaer, in county Monmouth, and those of Cantlowes, county of Middlesex, claim a local origin from the parish of Hawking, near Folkestone, in Kent, of which Osbert de Hawking was possessor during the reign of Henry II. The family removed to Nash Court in the parish of Boughtonunder-Bleane in the same county, and remained there until the year 1800.

In his book Homes of Family Names, H.B. Guppy states: “Characteristic of the west of England, being best represented in Somerset, Gloucestershire, Wilts, and adjacent counties, but not extending north of Staffordshire.”

Early immigrants in America bearing this surname include Job Hawkins, who left the port of London on a ship named the Planter in April of 1635 that sailed to New England. A one Clement Hawkins left the port of London in May of 1635 and sailed to the Barbadoes in a ship named the Alexander. In June 1635, George Hawkins left the Port of London and sailed to Virginia. An Abraham Hawkins, who died in 1648, was recorded in Charleston.  Anthony Hawkins, of Windsor, had three children: Ruth (1649) and John (1652), who later had a second wife, Ann Thompson, the daughter of Governor Thomas Wells, and had the following children with her: Sarah (1657), Elizabeth (1660), and Hannah (1662). A Gamaliel Hawkins was recorded as a mariner in Salem, MA in 1688. A George Hawkins was reocorded as a shipwright in Boston, MA in 1644. James Hawkins of Boston was recorded in 1635 and with his wife Mary had children James (1652), James (1654), Mary, Ruth, Damaris, Elizabeth, Susan, and Sarah. A John Hawkins was recorded in Boston in 1639 and another John Hawkins was recorded in Boston in 1654, who married Sarah, the daughter of Humphrey Damarill. Another recorded Bostonian was Richard Hawkins, in 1637, who had wife Jane who was suspected of witchcraft. He later settled in Portsmouth, Rhode Island. Another Richard Hawkins came to Portsmouth, Rhode Island in the ship named the Susan and Ellen from London in 1635. Robert Hawkins, of Charlestown, came to American in a ship named the Elizabrth and Ann in 1635 at the age of 25 and married Mary, and had children Eleazer (1636), Zachary (1639), and Joseph (1642).

Other American Notables include Thomas Hawkins of Boston, a shipwright of London, who then lived im Dorechester, but had a grant of lot in 1636 at Charleston. He had four children: Hannah, Elizabeth, Sarah, Mary, and Abigail. Also, a one William Hawkins was recorded in New Haven, Connecticutt in 1656. Lastly, a Timothy Hawkins lived in Watertown in 1635 and wife his wife Hannah had the following children: Hannah (1637), Timothy (1639), and Mehitable. Other Hawkins arrived in Virginia: Abra (1700), Eliza (1701), and John, Robert, and Susannah (1714). A one James Hawkins arrived in New York in 1812. 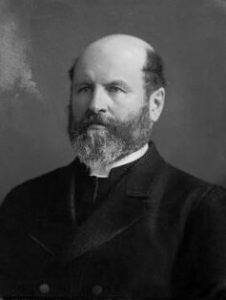 Bernard Burke’s book Peerage, Baronetage, and Knightage discusses this surname in some detail. It mentions Sit Williers Geoffrey Caesar, born 1890, the sixth baronet, of Kelson and Somertset, who was a Captain in the Royal Air Force during World War I, succeeded his cousin in 1939, and had two children: Humphry Villiers Caesar (1923) and Joy Blanche (who married John Stobart Longworth in 1944). It also traces the lineage back to Colonel Caesar Hawkins (born 1593) who commanded a regiment in the service of King Charles I and was Governor of Greenland House, county Buckingham, which he defended in 1664 against the forces of Lord Essex. He married Priscilla Wakelin and had one son named Caesar. Another notable mentioned is Sir Caesar Hawkins Kawinks, the first Baronet, of Kelston (born 1711), the serjeant-surgeon to King George III, who married Sarah Coxe and had three children: John, Caesar, and George.

Family mottoes for Hawkins include Alienus ambition, which means “Averse to ambition”, Nil oequo plus, meaning “Nothing more than my due”,  Nil desperandum, meaning “Never despair”, Proesto et presto, meaning “Ready and ready” or “I undertake and I perform”, Providence with adventure,  Tourjours pret, which means “Always ready”. 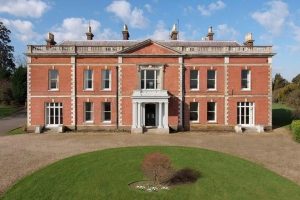 1) (Nash Court, co. Kent; the co-heirs of Thomas Hawkins, Esq., of Nash Court, d. 1800, were 1st, Bridget, m. Lord Teynham; 2nd, Mary, m. Sir Edward Knatchbull, Bart.; 3rd, Anne, m. Lieut.-Colonel Woodroffe, of Poyle Park, co. Surrey; 4th, Eleanor, m. Henry Goold, brother of Sir George Goold, 2nd bart. Colonel Woodroffe left an only dau. and heiress, Mary Theresa, m. Francis Harold Duncombe, of H.M. 74th regt.). Ar. on a saltire sa. five fleurs-de-lis or, quartering, az. a chev. betw. three demi lions ramp. or, for Hames. Crest—On a mount vert a hind lodged or.—“In Edward the Third’s reign,” says Barnes, “when the French King, John, was a prisoner in England, the King of Navarre declared war against the kingdom of France, and collected men-at-arms from all parts, for he paid them largely out of the treasures he had amassed. The Navarrois took the towns and castles of Creil-upon-Oise, Herielle, and Mauconseil; after the taking of the Castle of Mauconseil, it was garrisoned with three hundred men, under the command of Rasigois, of Derry, an Irishman; Franklin and Hawkins, two squires of England, A.D. 1358.” The origin of the arms is derived, most likely, from this expedition, the saltire being used as a scaling ladder, and the fleurs-de-lis being on the standard of France, which was taken from the castle of Mauconseil.
2) (The Gaer, co. Monmouth, and Tredunnock, same co.). Ar. on a saltire sa. five fleurs-de-lis or. Crest—On a mount vert a hind lodged or. Motto—Toujours pret.
3) (Kelston, co. Somerset, bart.). Ar. on a saltire engr. sa. five fleurs-de-lis or. Crest—On a mount vert a hind lodged or. Motto—Pro Deo et rege.
4) (Trewithan, co. Cornwall, bart., extinct 1829). Per saltire or and ar. on a saltire sa. five fleurs-de-lis of the first, a bordure gobony or and of the third. Crest—A cubit arm erect vested ar. charged with two fleurs-de-lis in pale az. holding in the hand ppr. a baton or, tipped sa.
5) (Pennans, co. Cornwall). Per pale ar. and or, on a saltire sa. a lozenge charged with a fleur-de-lis gu. betw. four others or. 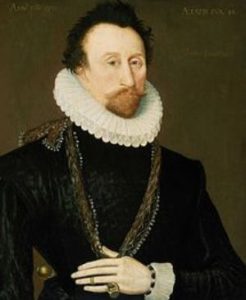 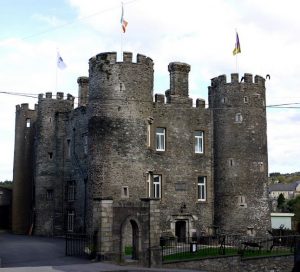 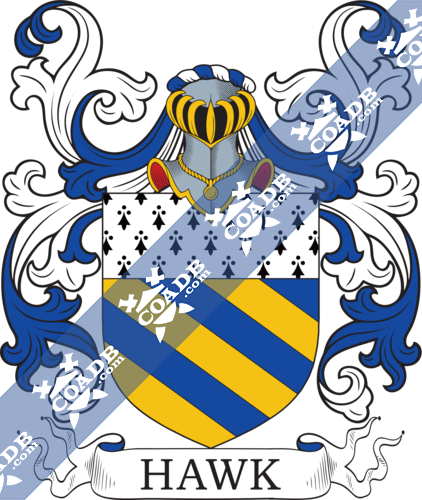 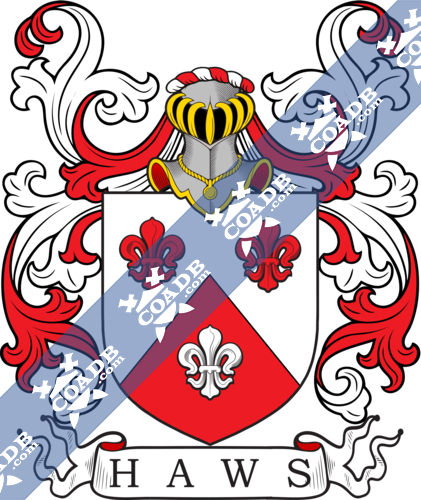