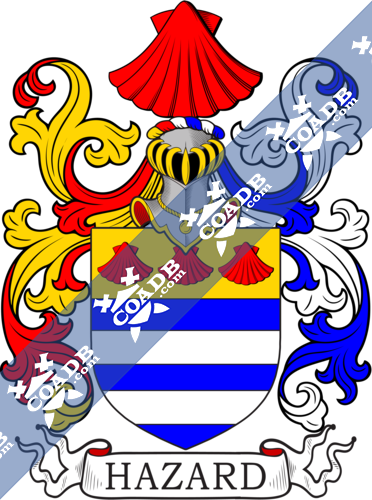 It is an interesting and readable surname which is associated with Ancient French, and a great example of the association of European surnames that slightly developed from the regular use of nick names. These nicknames were authentically given with relation to a profession, and different type of particular qualities consisting of physical attributes or individuality, spiritual and ethical values, and habits of dress and behavior. The foundation, in this example, is associated with the Ancient French and Middle English – “hazard,” which means “gaming or game of chance,” utilized to represent a typical player, or a bold man planning to launch a sensitive business. The surname is first represented in the second part of the 12th Century, and other previous examples are Geoffrey Hasard, listed in the 1185 soldiers Templars’ Lists of Lincolnshire, and Walter Hassard (Kent, 1197). In the new era, the name is spelled in different forms like Hazard, Hassard, Haszard and Assard. In 1585, Robarte Hazard and Anne Holmes married at St. Vedast, Foster Lane, London, and in July 1693, Pierre Hazard married Marie Drouin at Moivrons, Meurthe-et-Moselle, France. John Hazard, a first traveler in the New World, listed on a “Schedules of the Living at Elizabeth Cittie, Virginia,” in February 1623.

The name Hazard firstly originated in Gloucestershire where “soon after the invasion a branch settled”.

The very first recording spelling of the family was shown to be that of Hugo Hasard, which was dated 1170, in the “Pipe Rolls of Hampshire.” It was during the time of King Henry II, who was known to be the “The Builder of Churches,” dated 1154 – 1189.

Some of the people with the name Hazard who settled in the United States in the 18th century included James Hazard at the age of 33, arrived in New York in 1719. Richard Hazard settled in Virginia in 1732.

Some of the people with the name Hazard who settled in the United States in the 19th century included Patrick Hazard arrived in America in 1801. Patrick and Richard Hazard came to Philadelphia in 1813 and 1838 respectively. Edward Charlamun Hazard landed in Mississippi in 1833.

Some of the individuals with the name Hazard who settled in Australia in the 19th century included Jason Hazard at the age of 23, who was a laborer, arrived in South Australia in 1855 aboard the ship “Agincourt.”

Nathaniel Hazard (1776–1820), was an American politician from Rhode Island.

Paul Hazard is a French professor.

Roberta L. Hazard was an administrator in the American Navy.

1) Azure two bars agent on a chief or, three escallops gules. Crest—An escallop gules.
2) Azure a garb or. Crest—On the top of an anchor in the sea, a dove holding in the beak an olive branch all proper. 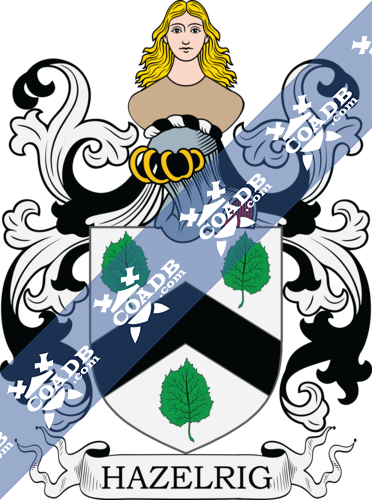