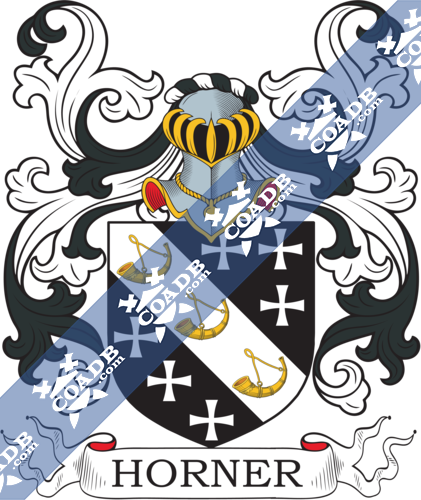 Horner is a complex name in origin and in meaning. The Latin root for Horner is Cornu which mean horn. This can also be used to describe an occupation as in a craftsmen who makes objects from horn, or a person who plays a musical instrument to it being a place name, as someone being from a horn or geographical area like Cape Horn. The Latin version of the name traveled westward through the former Roman empire to places such as France and Germany. It is from these locations the name comes to Great Britain and thence to the rest of the world.

It is thought the Horner surname crossed the English Channel with William the Conqueror. Variations include, Momere, Homer, le Homer, Honar, Horn, Horner, Honier, are all such spellings one might encounter. It is also a surname associated with Ashkenazic Jewish history as well. The name spelling (Horner) remains the same as does the original meaning.

During the reign of Henry II, in 1284, the first Worshipful Company of Horners received their charter. The worshipful company is still in existence today. This is a guild which promoted the making of objects from Horn. In the 15th century the guild merged with leather bottle manufacturers. The surname appears in multiple locations in the 13th and early 14th centuries. A female le Homere by the pro name of Matilda appears in 1278 on the Staffordshire Rolls. Another early entry is that of Johannes Hornar of Yorkshire in a tax roll from 1379.

The most well-known member of the surname Horner is one, Sir John ‘Jack’ Horner. Who was immortalized in the nursery rhyme “Little Jack Horner.” Sir Horner was a very influential Tudor politician, early member of Parliament, and had several key positions in government during the reign of Henry VIII. One of which was the chief clerk, of Taunton Castle, Sheriff for Taunton, and Lord Mayor of Taunton. Taunton, Massachusetts incidentally is named for the town of Taunton where the settlers from England originated from.

The nursery rhyme tells the story of small boy who sticks his thumb into a pie and pulls out a plumb. It was a satirical public shaming of Sir John ‘Jack’ Horner for being involved in a scheme, where the church property deeds from Glastonbury Abbey had been baked into a pie, and taken to London for safe keeping.-This was the time period where Catholic Church properties were being seized by the crown and sold off and broken up for sale for vast amounts of money. One version has it the Bishop sent the large pie to Henry VIII as a form of bribe, by giving some of the church’s choice properties to the king in the vain hope the rest of the church properties would not be seized. Sir Horner ‘plucked’ the deed to Mells manor from the pie. Hence the nursery rhyme. The Horner family is quick to point out Sir John did in fact purchase the property in 1545 for the princely sum of 1,831 Pounds, which in today’s money is equal to roughly 800,000 pounds. Sir John Horner at the height of his financial best owned three manor homes and the associated land and properties they came with.

The Horner family produced several Members of Parliament, and they married well. Some of the names associated with the Horner family of Somerset are: Fortescue, Matt, and Hippisley. The last male direct descendant of Sir John Horner, Edward Horner died in 1917 at the battle of Cambrai. He was a gifted scholar, lawyer and had been called to the bar. He enlisted in the army, and in 1916 received a wound to his kidney, and instead of returning to the rear, rejoined his regiment where he died at the front. His sister Katherine Horner married Raymond Asquith, son of the British Prime Minister Herbert Asquith who led Britain through the dark days of World War One, who was then raised to the Peerage in 1925, and made the Earl of Oxford-Asquith. The family resides to this day in Mells Manor.

The Earliest American Horner family member arrived in 1632 in Virginia. There is a will dated 1660 of Thomas Horner having left four children as inheritors of his estate. There were many large Horner family members in New Jersey in the 1670 and 1680’s, one John Horner who died in 1688 left an estate worth 1,600 pounds to his three children. Roughly equivalent to around $80,000 dollars. The New Jersey descendants moved to Canada after the American Revolution. The greatest world wide concentration of Horner surname can be found in the United States of America, with England following closely behind.

Royalty and notable people associated with the surname of Horner:

Places associated with the surname of Horner: 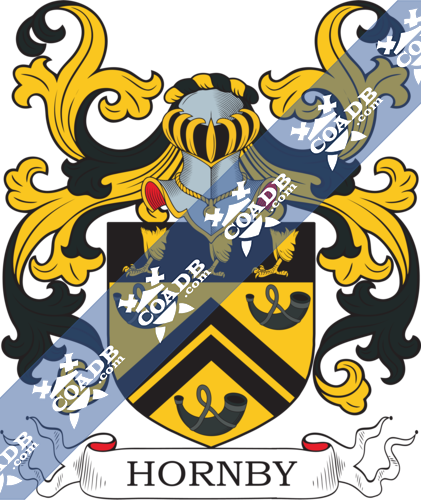 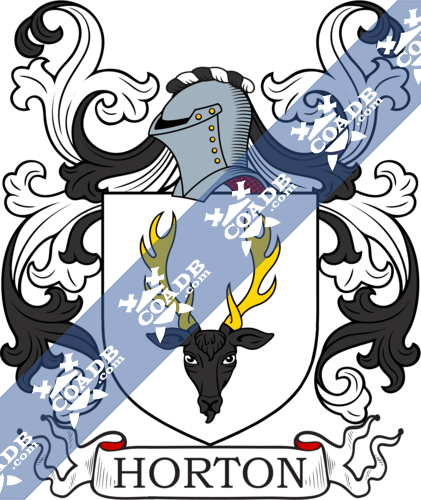