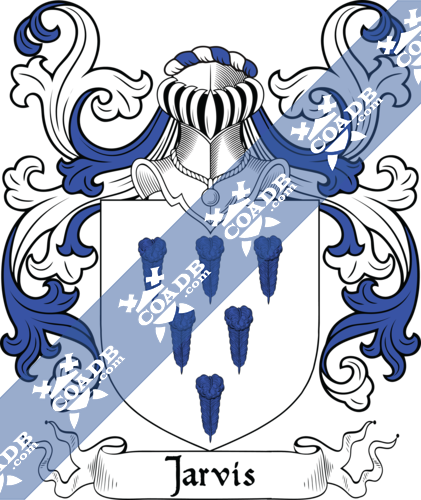 The surname of Jarvis hails from the countries of England and Germany, but there are many instances of the surname of Jarvis in various cultures and languages. These include: French, Italian, and Swiss. It is believed that the surname of Jarvis is of Pre 7th Century Germanic origins, and that it derives from the personal given name of “Gervase.” This personal given name of “Gervase” itself is comprised of the element “geri” which can be translated to mean “spear,” and the element of “vaulx” which can be translated to mean “a valley.” This name gained popularity in the Christian community in the Middle Ages. It was believed that Gervase was a saint who was martyred by the Roman Emperor who was named Domitian in the 3rd Century. The other possible origin of the surname of Jarvis is that it was a locational surname. This means that it was often taken by the Lord or owner of the land from which the name derives. Others who may have take a locational surname are people who have migrated out of the area to seek out work. The easiest way to identify someone who was a stranger at that time was by the name of their birthplace. In the case of the surname of Jarvis, this means that the surname was given to people who originally hailed from the abbey and the village of Jervaulx, which was located in the country of England, in the county of North Yorkshire. The word “Jervaulx” itself derived from the Norman 11th Century word of “Ure” which as a river, and “vaulx” which can be translated to mean a “valley.”

The first recorded spelling of the surname of Jarvis was found within the country of England. One person by the name of John Geruas was named as owning land in the county of Shropshire, England in the year of 1202. This proof of landownership was recorded under the reign of one King John I of England, who was known throughout the ages, and commonly referred to throughout history as one “Lackland.” King John I of England ruled from the year of 1199 to the year of 1216. Those who are known by the surname of Jarvis throughout the country of England can be found in high concentrations in the areas of Cornwall, Lancashire, Kent, Warwickshire, Staffordshire, Essex, Norfolk, and in the County Devon.

Captain David Henry Jarvis (1862-1933) who was a seaman from America who was honored with the Congressional Gold Medal and who had a ship named after him, the USCGC Jarvis WHEC-725 which is a Coast Guard Cutter

James C. Jarvis (1787-1800) who was a midshipman from America who served in the United States Navy and who was tragically killed at age 13 and subsequently had two ships named after him, both being named the USS Jarvis and of which one is a Bagley class destroyer and the other is a Fletcher class destroyer 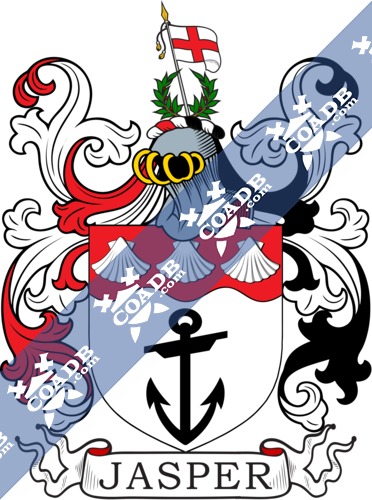