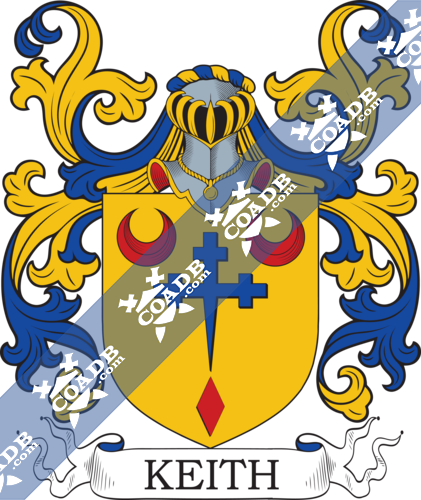 Keith Surname Name Meaning, Origin, History, & Etymology
This is a locational or habitational surname describing a person who lived in or was from the lands of Keith in East Lothian, Scotland. In the 1600s, many bearers of this surname settled in Ulster (Protestant Lowland Scottish migrants settled in the Ulster region of Ireland, giving rise to the term Ulster-Scots or Scots-Irish). As to the origins of the people who first inhabited Keith, one historian believes they descended from an old Germanic tribe named the Catti or Chatti, who in early medieval times lived in what is now Hesse or Hesse-Kassel, Germany. The tribes name may have taken from the animal sacred to Freyda). The story goes that this Rhineland tribe was battle Romans in the Hercynian forest, and their retreat forced them to the coast of Holland. One branch of this family emigrated to Britain around 76 AD and they ended up living in lands called Katness or Caithness (Catti’s promontory) in northern Scotland. Gilli Chattan Moor lived during the reign of King Alpine (831-834 AD) and from him descend the Kethi, Keychts, Keth, or Keiths, as well as the MacPhersons, Sutherlands, and MacIntoshes.  One branch of this tribe came to Ireland in the 1000s AD with a leader named Robert, who helped defeat the Danes (Vikings) under Camus (a Danish general who had invaded Scotland) at the Battle of Barry in 1010 AD. From Robert descended Herveus de Keth, who in the mid twelfth century was titled “Marescallus Regis Scotiae” and “Great Marischal”.

Some say the name derives from the Gaelic  word gaoth, meaning wind, and when pronounced sounded similar to Keith. The old town and kirk are called Arkeith, which could be a corruptions of the Gaelic ard gaoth, meaning “high wind”, as the area was known for strong gusts of wind. Another author believes the name may also have been derives from a locality known as Keith, which was an estate in the parish of Humble, Haddingtonshire.

Spelling Variations
Some spelling variants or names with similar etymologies include Keth, Keeth, Keyth, Keithe, and Kweith. In Germany the name transformed to Kite in 1700s AD and in the US it has sometimes become Cate

Clan Keith
This Scottish Clan has historically held the hereditary title of the Great Marischal of Scotland. The name derives from the Cumbric form of the modern Welsh word coed, meaning wood. The clan’s slogan or way cry is A Keith, Veritas Vincit (also Truth prevails). Their plant is the white rose. Their animal is the badger. They are seated at Keith Hall, Aberdeenshire. They have been historically seated as the three following locations: Keith Marischal House, Dunnottar Castle, and Fetteresso Castle. Historically, their rival clans were Clan Irvine and Clan Gunn, where as their allies were Clan Forbes and Clan Cameron. The clan’s current chief is James William Falconer Keith, the 14th Earl of Kintore, who was born in 1976.

Early Bearers of the Surname
Malcom de Keth is recorded on three separate occasions, the earliest being 1185 AD.  A man named Bernard de Keth witnessed a charter by Hugh Rydale, dominus de Craneston in around 1200 AD. Magister John de Keth, a cleric, was documented sometime between 1238-1270 AD. Johannes de Keth was documented in Perth in 1289 AD. Bernard de Keht was recorded in Berwick in 1296 AD. Andreas Keathe, Scottish by blood, was a councilor to the King of Sweden around 1584 AD. A one Robert Keathe of Yorkshire was recorded in the Register of the University of Oxford in 1582. An early marriage involving this name was John Keith to Ann Sweeting at Canterbury in 1675.

Keith Family Tree & Keith Genealogy
In Scottish legend, the lands of Keith were granted to Marbhachir Chamuis (Camus Slayer), in recognition of his display of valour at the Battle of Barry in 1010 AD, which was a fight between Scots and Danes.  He is considered the, perhaps mythological, ancestor of the modern Keith family. The Great Marischal of Scotland was a title held by the Keith family since it was first granted to Hervey de Keith, who held the office during the reigns of King Malcom IV and King William I of Scotland. The role of the Marischal was to serve as custodian of the Royal Regalia of Scotland, and to protect the king’s when he attended parliament. Hervey de Keith was a Scoto-Norman adventurer and nobleman who lived from around 1185-1249 AD. It is unclear how Hervey de Keith ended of owning the lands granted to Marbhachir, but it believed to have been through a dowry. Here is a list of the Great Marischals of Scotland that came after Hervey:
Philip de Keith (1125 AD)
David de Keith
Hervey de Keith (1250 AD)
Richard de Keith (1269 AD)
John de Keith (1270 AD)
William de Keith (1293 AD)
Robert Keith (1332 AD)
Robert Keith (1346 AD)
Edward Keith (1351 AD)
Sir William de Keith (1410 AD)
Robert de Keith (1430 AD) 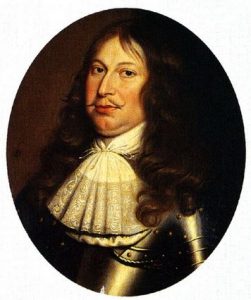 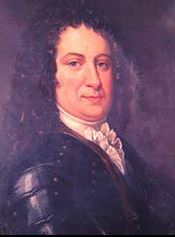 The Keith Baronetcy of Powburn was created in the Baronetage of Nova Scotia, Canada on 4 June 1663 for James (or George) Keith. It became either extinct or dormant on his death sometime after 1663. 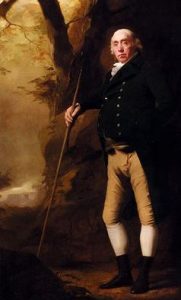 There were also Keith Baronets of Ravelston and Dunottar. The first was Sir Alexander Keith (died 1819) who was a co-founder of the Royal Society of Edinburgh, and the second was his son, also named Sir Alexander, who died in 1832.

There were also families who were Barons of Keith, a title which was created three times in British history, all for the same person, the Admiral and Honourable Sir George Keith Elphinstone, the son of Charles Elphinstone, the 10th Lord Elphinstone).

Reverend James Keith Sr. was born in Aberdeenshire, Scotland around 1643. He was possible the son of Robert Keith or Alexander Keith. He came to Boston, Massachusetts in 1662. He likely did this for two reasons: a) he was invited by the leaders of the Massachusetts Bay Colony and b) the passing of the Act of Uniformity in 1662 which forced all ministers in Great Britain to swear adherence to Episcopal scriptures and rights. He married twice in the New World: Susanna Edson and later Mary Macey. Had had the following children: Susanna (Howard), James, Mary (Howard), Margaret (Hunt), Joseph, Samuel, Josiah, Timothy, and John. His son Samuel was born in Bridgewater, Plymouth County around 1677. He married Bethiah Fobes and had the following issue with her: Constant (Howard), Amos, Bethiah (Washburn), Susanna (Ames), Ebenezer, Robert, Jane (Cowing), and Benjamin. His son Ebenzer Keith was born in Bridgewater in 1716. He married Mary Pierce and later Hepzibah Perkins. He had the following issue: Luther, Rachel, Mary (Leach), Ebenezer, Amos, Lucy, Susanna, Caleb, Calvin, Hepzibah, Alexander, and Lavinia Vienna. His son Caleb Keith was born in the same town in 1755. He married Susanna Mitchell and had the following issue: Caleb Jr., Anna, Mitchell, Nathan, Susannah, Polly, Julia, Cary M., Carlos, and Sally. Caleb Jr. was born in Bridgewater, MA in 1777. He married Patty Martha Strickland in Windsor, Vermont and had the following children with her: Solon, Robert S., Caleb Mitchell, Cary, and Carlos. Solon Keith was born in New Hampshire in 1809. He married Lucy P. Ray and had two daughters with her: Ama Viola (Pennington) and Mary Eva (Wood), born in 1846 and 1857, respectively.

In Canada, one of the first settlers bearing this last name was Captain Keith Daniel, who was born in Dublin, Ireland in 1785. He was a United Empire Loyalist (remained loyal to the British Crown during the American Revolution). He was married to Elizabeth Disbrown and they had 14 children before his 1830 death.  He lived in New Brunswick and served in the Queen’s Rangers as a Private and then Sergeant.

In Australia, one of the first settlers with this last name was Jane Keith, a convict from Kent, England who came to Van Diemen’s Land (Tasmania) aboard the Arab in 1835. Years later, in 1853, George Keith, a carpenter aged 28 years old, came to South Australia aboard the Marshall Bennett.

*Referring to the Scotch regalia, which were saved from Cromwell by Sir John Keith, Earl Marshal, who buried them in Kinneff Church, and flying to France, was supposed to have taken them with him. For this service he was raised to the peerage in 1677.
**This motto has reference to Truth, which is said to come down from heaven 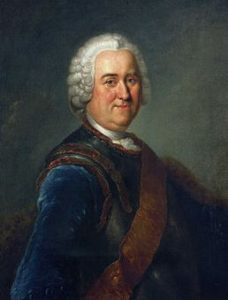 Notables
There are hundreds of notable people with the Keith surname. This page will mention a handful. Famous people with this last name include: 1) Alexander Keith (1795-1873) who was a Scottish born politician active in Canada, who was the 4th Mayor of Halifax and later the President of the Legislative Council of Nova Scotia, 2) James Francis Edward Keith (1696-1758) who was a Scottish soldier and Prussian field marshal born in Inverugie Castle, Scotland who fought in the Anglo-Spanish War, Russo-Swedish War, Jacobite Rising, and Seven Years’ War, 3) George Noel Keith (1921-1943) who was a fighter pilot and flying ace for the Royal Canadian Air Force in World War 2, born in Cardston, Alberta, 4) Duncan Keith (1983) is a Canadian ice hockey player from Winnipeg, Manitoba who played for the Chicago Blackhawks from 2003-2018, 5) Donald Raymond Keith (1927-2004) who was an American Army General born in Ludington, Michigan who served in World War II, 6) Hastings Keith (1915-2005) who was a member of the US House of Representatives for Massachusetts from 1959-1973 who had served in World War II, 7) Kenton Wesley Keith (1939) who was a career diplomat and ambassador to Qatar from 1992-1995, having been born in Kansas City, Missouri, 8) Sir William Keith (1669-1749) who was born in Boddam Castle, Scotland and served as the lieutenant governor of the colonies of Pennsylvania and Delaware from 1717-1726, 9) Sir Robert Keith (died 1332) who was a Scottish Knight and diplomat who commanded soldiers loyal to Robert The Bruce at the famous Battle of Bannockburn, and 1) Isabelle Keith (1898-1979) who was an American actress born in New York City who appeared in 42 films from 1919-1936. 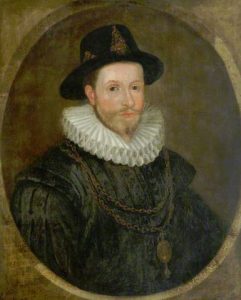 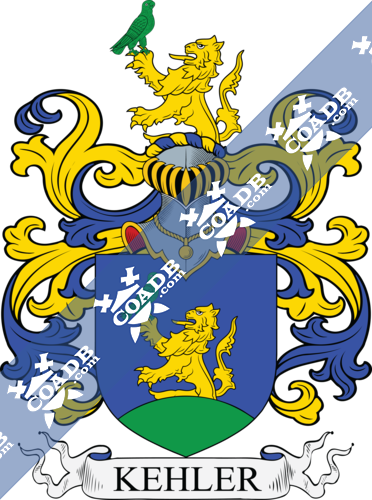 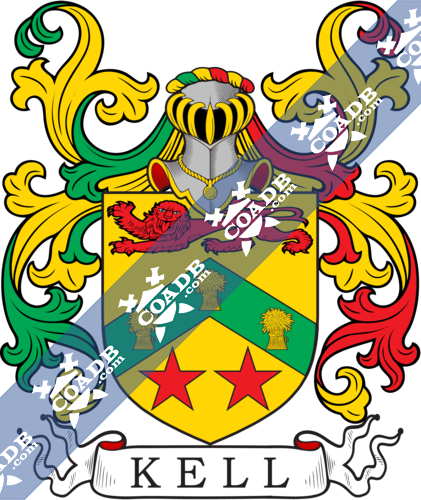