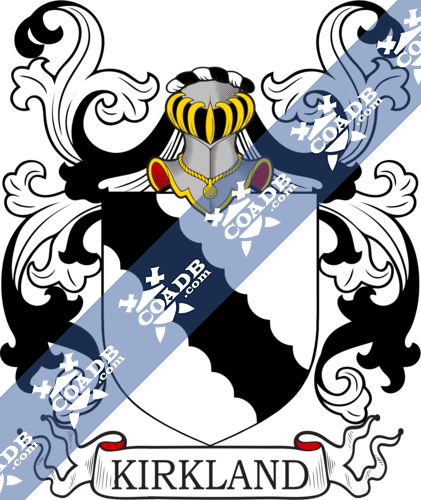 Early Bearers of the Surname
The earliest recorded bearer of this last name was Michael de Kerkeland who was documented in the Pipe Rolls of Cumberland in 1196 AD. John de Kyrkeland was listed in the Register of the Abbey of Kelso in Scotland in 1280 AD. Homintes de Kyrkelaund in county Cumberland recorded during the reign of King Edward I of England (1272-1307) in the Placita de Quo Warranto. A one Hugh de Churchlond was documented in Kirby’s Quest in county Somerset during the reign of King Edward III (1327-1377). Early marriages include 1) Johanna Kirkelande of county Derby to Henry Woode in 1585, 2) Anne Kyrtland (widow of Henry) to David Jones in 1586, 3) Catherine Kirkland to Andrew Milne at St. George’s Hanover Square in London in 1790, and 4) James Kirkland to Elizabeth Brown in 1797.

A one John Kirkland came to New Jersey in 1685. The town of Pinckney, MI in Livingston County was founded by the Kirkland family in 1837 on land that William Kirkland.

Mottoes
The Kirkland family motto is Facia non verba, meaning “Deeds not words” and Pro artis et focis, meaning “For our altars and our homes”.

Grantees
We have seven coats of arms for the Dutton surname depicted here. These seven blazons are from Bernard Burke’s book The General Armory of England, Ireland, and Scotland, which was published in 1848. The bottom of this page contains the blazons, and in many instances contains some historical, geographical, and genealogical about where coat of arms was found and who bore it. 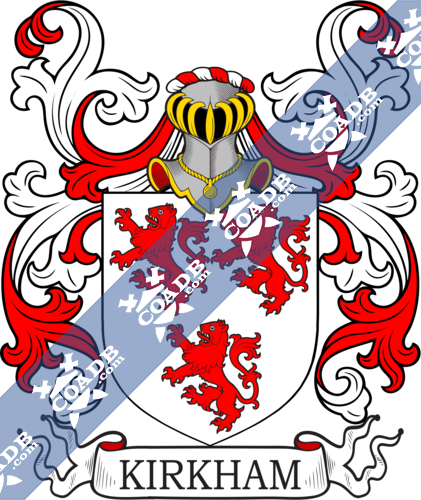 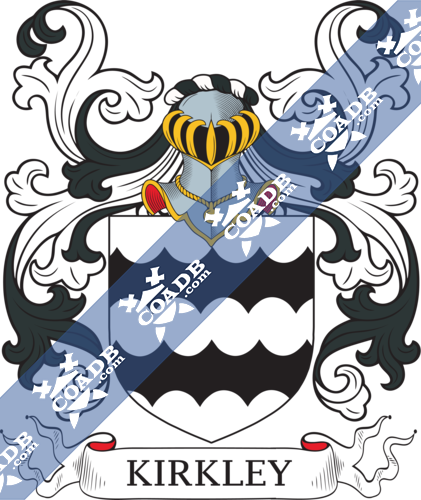