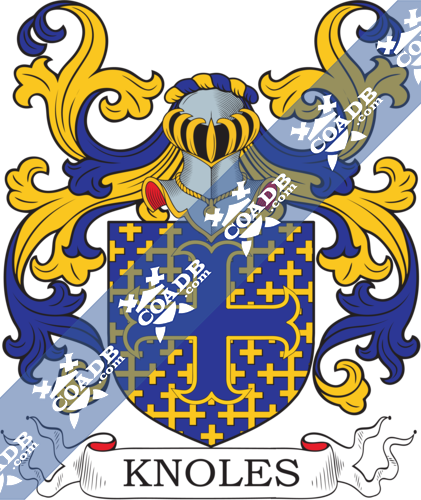 According to the early recordings of the spelling of the name, this interesting and unique name was listed in many spelling forms as shown in the records below; this old and very English name is either geographical or just possibly a nickname. The former origin, it acquires from the pre 7th-century word “cnoll,” or the Middle English “knol,” both meaning a hilltop and so representing a person who resided at such a place. Geographical surnames were among the earliest formed since both original and human-made characteristics provided simple and useful different names in the small communities of the Middle Ages. A second possible origin is that it may be a nickname surname since there are sources in old records to the particular name of “Cnoll.” It was used in the transmitted sense of a short, fat person. Early records of the surname from both origins contain as Robert de la Cnolle of Devonshire in 1185, Thomas Knolle of Cambridgeshire in 1279, and William atte Knowle of Sussex in 1296. Henry Knowles was an early traveler to the American colonies, departing from London on the ship “Susan and Ellin” in April 1635, bound for Virginia colony.

The surname Knole first appeared in Yorkshire where they held a family seat from old times. Some say well before the Norman Invasion and the coming of Duke William at Hastings in 1066 AD.

The very first recorded spelling of the family was shown to be that of Christopher Knolles, dated about 1407, in the “Register of the Freemen of the City of York.” It was during the time of King Henry IV who was known to be the “Henry of Bolingbroke,” dated 1399 – 1413. The origin of surnames during this period became a necessity with the introduction of personal taxation. It came to be known as Poll Tax in England.

Many of the people with surname Knoles had moved to Ireland during the 17th century.

Some of the people with the name Knoles who arrived in the United States in the 17th century included John Knoles, who came to Maryland in 1637. Tristram Knoles, who landed in Virginia in 1662.

Thom Knoles is a Maharishi (or pre-eminent master-teacher) of Vedic Study (a simple mental system that allows one to experience fully-awake restful awareness and its many physiological advantages). He has tens of thousands of personally taught students worldwide. He is a thought-leader and dedicated speaker on the cognitive sciences, on the health of the body, on the relationship between quantum physics and human awareness, and on the 5,000 year-old body of experience known as the Veda (knowledge governing the unity of the laws of nature and human awareness from which yoga, examination, and Ayur Veda are determined). In India, he is called “Maharishi Vyasananda.” It means “the great predictor who sequentially develops knowledge blissfully.” Born in the 1950s to American parents in post-war Germany.

Az. crusily a cross moline voided throughout or. 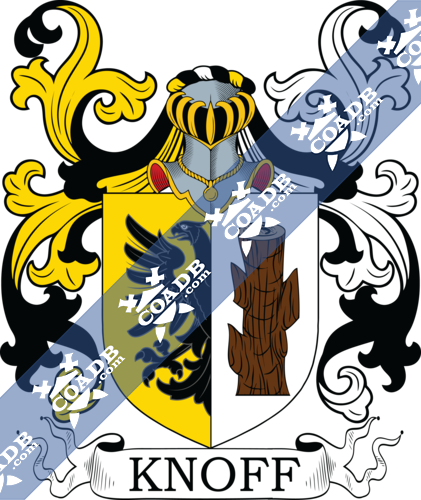 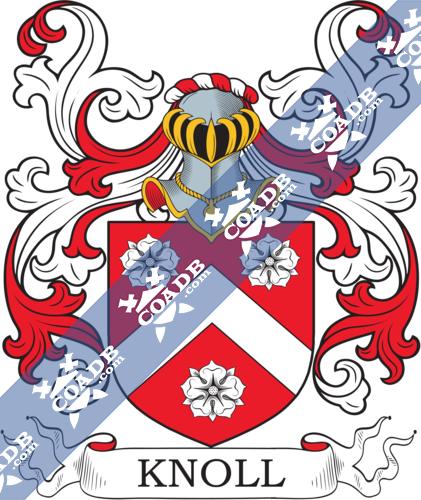