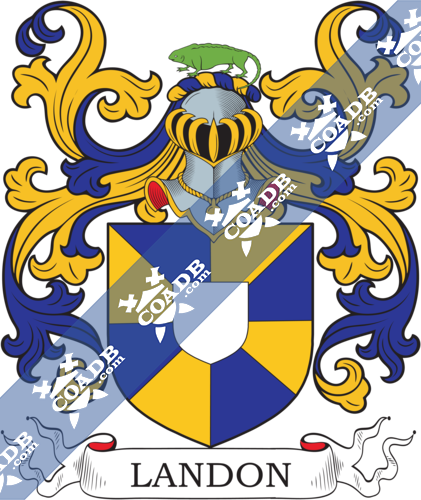 The surname of Landon is said to be a locational surname that hails from the country of England. This means that it was often taken by the Lord or owner of the land from which the name derives. Others who may have take a locational surname are people who have migrated out of the area to seek out work. The easiest way to identify someone who was a stranger at that time was by the name of their birthplace. In the case of the surname of Landon, there are many places in England that were known by the name of Landon or Langdon. For example, there was a town or village called Landon or Langdon in the counties of Devon, Essex, Dorset, Kent, and Warwickshire, all located in the country of England. The second possible origin of the surname of Landon is that it is a topographical surname. A topographical surname is used to describe someone who lived on or near a residential landmark. This landmark could be either man made or natural, and would have been easily identifiable in the area from which it hailed, thus making the people who lived near it easily distinguished. In the case of the surname of Landon, this surname was given to someone who lived on or near a long hill. The word itself is derived from the Old English Pre 7th Century words of “lang,” which can be translated to mean “long,” and the addition of the word of “dun,” which can be translated to mean “hill.” As the Anglo-Saxon spellings became more popular throughout the country of England in the 10th Century, more places with the name of Landon began to appear throughout the country. These places were found in Shropshire, Worcestershire, and Staffordshire.

The first recorded spelling of the surname of Landon can be traced to the country of England. One person by the name of Aelfward aet Langadune, who was mentioned in the document known as the Olde English Name Roll in the county of Worcestershire in the year of 1050. This document was ordered, decreed, and written under the reign of one King Edward I of England, who was known throughout the ages and commonly referred to as “The Confessor.” King Edward I of England ruled from the year of 1042 to the year of 1066. Other mentions of the surname of Landon in the country of England include one Reginald de Langedon, who was mentioned in the document known as the Assize Rolls of Shropshire and Staffordshire in the year of 1221, and one Geoffrey de Langedon, who was recorded as living in Somerset in the year of 1273.

General Truman Hempel Landon (1905-1986) who served as the Commander of the 4th Allied Tactical Air Force from the year of 1961 to the year of 1963, and who was from the United States of America.

Michael Landon (1936-1991) who was a producer, actor, and director from the United States of America, and who is most notably recognized for his roll in Bonanza as Little Joe Cartwright.

Alfred Mossman “Alf” Landon (1887-1987) who was a Republican politician from the United States of America.

Christopher Beau Landon (born in 1975) who is a screenwriter from the United States of America.

Brigadier Arthur Henry Whittington Landon (1889-1968) who served as the Chief Administration Officer of the Pacific Command in the year of 1943 to the year of 1945, and who was from the United States of America.

Larry Landon (born in 1958) who was a retired professional National Hockey League (NHL) ice hockey player from the country of Canada. 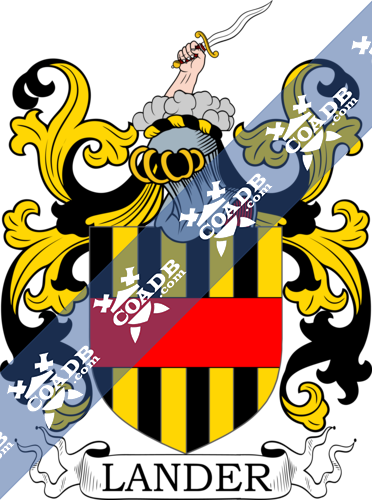 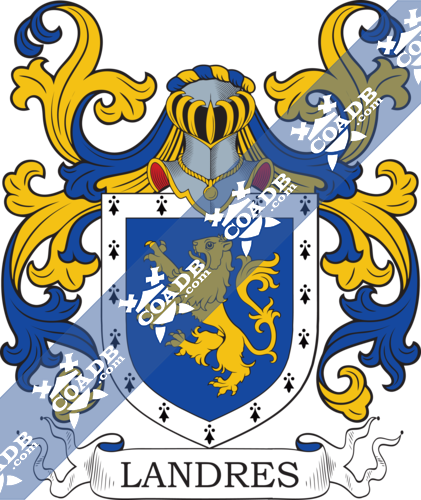