Love Surname Name Meaning, Origin, History, & Etymology
The last name Love has six distinct origins. First, in England, it developed as a derivation of a Middle English personal (first) name derived from the Old English female given named Lufu, meaning love, or the masculine equivalent Lufa, perhaps similar to Leaf in origin (the Anglo-Saxon masculine given name Leofa, from the Old English leof, meant dear or beloved). Another author states it came from the Flemish personal name Loef.

Second, in England and Scotland, it developed from a nickname from the Angl0-Norman French word louve or love, meaning “female wolf”, a name often applied to men in an approving sense.

Third, in Scotland, it may be in some instances related to the Anglicized Gaelic surname McKinnon. In his 1964 book titled A Guide to Irish Names, author Edward MayLysaght states the following in regard to this origin: “Woulfe gives Mac Ionmhain for this and does not mention that it is a well known English name which came to Ireland in the seventeenth century. Mac Ionmhain is a modern attempt at translation into Irish. Love is a numerous name in Co. Derry”.

Fourth, in England/France, according to Patronymica Britannica, “This name relates not to the tender passion, but is an old modification of the French Loup, wolf. In the same way Lupellus, the diminutive, became Loupel and Lovel. One family of this name bear wolves in their arms”.

Fifth, in the Netherlands or Holland, it in some cases, as de Love, is a reinterpretation of the Dutch surname Delvove, a habitational surname deriving from Hove and L’Hoves, Hainault.

Sixth, in his 1903 book titled British Family Names, author Henry Barber makes the following annotation in regard to this surname: “(Danish.) A lion”.

Spelling variants or names with similar etymologies include: Luf, Lufe, Lupos, and Luife.

According to RedBirdAcres.net: “It was used as a surname in Normandy in the 11th century, and several of that name accompanied William the Conqueror when he invaded England from Normandy in 1066, including a nephew of William’s who was rewarded with an English earldom. After that the name appeared occasionally throughout England, and then Scotland. There is a common thread that seems to tie all together – the coat of arms. Most of those bearing the name Lupus, Lufe, Love, or some similar variation, have had a coat of arms bearing three wolves heads, which would lead one to suspect a common origin for all”.

Early Bearers of the Love Surname
The earliest documented bearer of this last name was Peter Love, who was recorded in the Fines Court Rolls in Essex, England in 1255 AD. The Hundred Rolls of 1273 AD, a census of Wales and England, known in Latin as Rotuli Hundredorum lists two bearers of this surname, both in Cambridgeshire: Alan le Love and Walter Love. In the names other forms, early bearers include: Galfridus filius Love (Pipe Rolls 1208 AD), Walter Lupus (a burgress of Dundee, Scotland c. 1200 AD), and Thomas Lufe (Glasgow, Scotland 1472 AD).

In his 1890 book, Homes of Family Names in Great Britain, Henry Brougham Guppy, states the following in regard to this last name: “Love is an ancient Kentish surname. Reginald Love held property around Chatham and Rochester in the reign of Henry V.; and in the time of Henry VIII., Giles Love was a gentleman of Dover; John Love was rector of Woodchurch in 1685 (H.). The Loves have long been an old Staplehurst family of gentry; a hundred years since there were several inscriptions to this family, some of them obliterated, in the church and churchyard”.

Notables
There are hundreds of notable people with the Love surname. This page will mention a handful. Famous people with this last name include:
1) Davis Milton Love III (1964) who is a professional golfer from Charlotte, North Carolina who has won 21 events of the PGA Tour, the most notable of which was is 1997 PGA Championship win.
2) Michael Edward Love (1941) was a musician, singer, and songwriter from Los Angeles, California who is one of the co-founders of the iconic American rock/pop band The Beach Boys
3) Kermit Ernest Hollingshead Love (1916-2008) was a puppeteer, puppet maker, actor, and costume designer most known for his work on the Muppets and Sesame Street, born in Spring Lake, New Jersey
4) Peter Love (died 1610) was an English pirate born in Lewes, Sussex who was the captain of the Priam
5) Robert John Love (1917-1986) was a flying ace in the American Air Force during the Korean War, born in Grande Prairie, Canada, known for shooting down six MiG-15 jet aircraft in 1952
6) Nancy Harkness Love (1914-1976) was an American pilot from Houghton, Michigan, who founded the Women’s Auxiliary Ferrying Squadron, and obtained the rank of Lieutenant Colonel in 1952
7) John Arthur Love (1916-2002) was Governor of Colorado from 1963-1973 and served in World War II as a US Navy pilot, born in Gibson City, Illinois
8) Donald Alistair Love (1994) is football (soccer) player, born in Rochdale, Scotland whose senior career began in 2013 when he plated for Manchester United, and had played for U21 Scottish National Team in 2015 and 2016
9) Shirley Love (1940) was an operatic mezzo-soprano born in Detroit, Michigan
10) General Sir James Frederick Love (1789-1866) was an officer in the British Army who took part in the Battle of Bussaco during the Peninsula War and later served as the Lieutenant Governor of Jersey.

land grants to Love’s who served in American Revolution 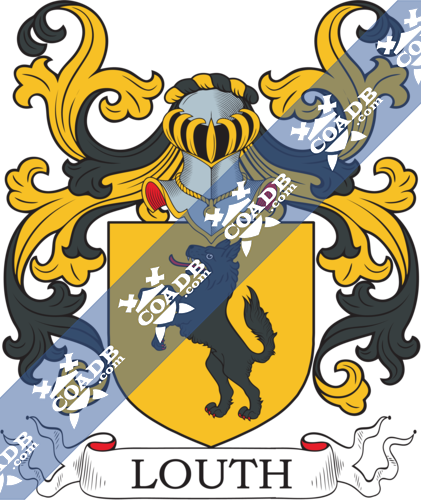