1) (cos. Carlow and Wexford; Reg. Ulster’s Office, branches of the Sept of Kavanagh). Ar. a lion ramp. holding betw. the paws a battle axe gu. Crest—Out of the horns of a crescent or, a garb issuant gu.
2) (King of Leinster; Dermot MacMorogh, King of Leinster, surrendered his sovereignty to Henry II., 1172; from him descended the Kavanaghs, and Kinselaghs, and from his brother, Morogh na Gaoidheal, descended O’Morechoe, or Murphy, Mac Davie More, and Mac Vadock, co. Wexford, all known as the Clan Mac Morogh). Sa. three garbs or. Crest—Out of clouds a hand erect holding a crown betw. two swords in bend and bend sinister, points upwards all ppr.
3) (Reg. Ulster’s Office). Gu. a lion ramp. ar.
4) (co. Limerick; Reg. Ulster’s Office). Vert three escallops or. Crest—A hand couped at the wrist and erect, holding a sword in pale all ppr.
5) (confirmed to James Morrogh, Esq., of Old Court, Doneraile, co. Cork, son of Edward Morrogh, of Glanmire House, same co.). Az. a harp or, stringed ar. betw. three escallops of the second. Crest—A staff ppr. with a flag attached az. charged with a harp as in the arms. Motto—Virtus invicta. 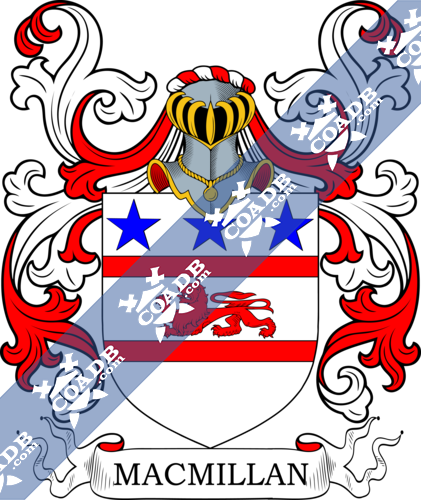