1) (confirmed by Roberts, Ulster, 1647, as the ancient coat armour of his ancestors differenced, to Lieutenant Hugh Madden, descended from an ancient family of that name, co. Galway, who served Charles I. under Lord Dockwra).(Meadesbrook; descended from Robert Madden, Esq. of Dunmore, co. Dublin, d. 1635, second aon of Тhomas Madden; Fun. Ent. Ulster’s Office, Jane, dau. of said Robert Madden, m. Rev. John Goldsmith, Parson of Newtown, co. Meath, ancestor of Oliver Goldsmith, the Poet). Sa. a falcon seizing a duck ar. on a chief or, a cross crosslet gu. Crest—A wolf saliant gu. Motto—Christo duce vincamus.
“2) (Bloxham Beauchamp, co. Oxford, Baggots Rath, to. Dublin, Manor Waterhouse, co. Fermanagh, and now of Hikun Park, co. Monaghan; Fun. Ent. Ulster’s Office, 1671, Elizabeth, dau. and co-heir of Charles Waterhouse, Esq., of Manor Waterhouse, and wife of John Madden, Esq., of Maddenton, co. Kildare, eldest son of Thomas Madden, Esq., of Baggots Rath, who was eldest son of John Madden, Esq., of Bloxham Beauchamp, the son of Hugh Madden, Esq., of same place). Same Arms, the cross botonnee. Crest—Out of a ducal coronet gu. a falcon rising or, holding in the beak a cross crosslet fitchee also gu. Another Crest (Fun. Ent.)
—A falcon, wings expanded ar. membered or, holding in the dexter paw a cross botonnee gu. Motto—Fortior qui se vincit.”
3) (Roslea Manor, co. Fermanagh). Same Arms, Crett, and Motto, a crescent for diff.
4) (Inch Ноuse, со. Dublin). Same Arms, Crest, and Motto, a mullet for diff.
5) (granted by Betham, Ulster, to Sir Frederick Madden, K.A., Gentleman of the Privy Chamber, son of William John Madden, Esq., of Portsmouth, and grandson of James Madden, of Cole Hill House, Fulham, Middlesex, and to their descendants). Sa. a falcon or, belled gu. preying on a mallard ar. on a chief indented of the second a cross botonnée of the third. Crest—Out of a ducal coronet gu. a falcon rising or, holding in the beak a cross botonnée, as in the arma. Motto—Propria virtute audax.
6) (Chief of Siol Anmchadha, a territory extending over the present Barony of Longford, co. Galway, and along the east side of the Shannon in the King’s co.; the Sept derive their surname from Madaghan, Chief of Siol Anmchadha, A.D. 1009; Donel O’Madden, Chieftain, temp. Queen Elizabeth, was appointed Captain of his nation by letters patent, dated 20 June, 1567; he settled his property in the Barony of Longford on his sons, according to English law, by deed, dated 8 March, 1611; his grandson, John O’Madden, was dispossessed by Oliver Cromwell, but got back a portion of his estates by patent, 6 Aug. 1677). Sa. a falcon volant seizing a mallard ar. 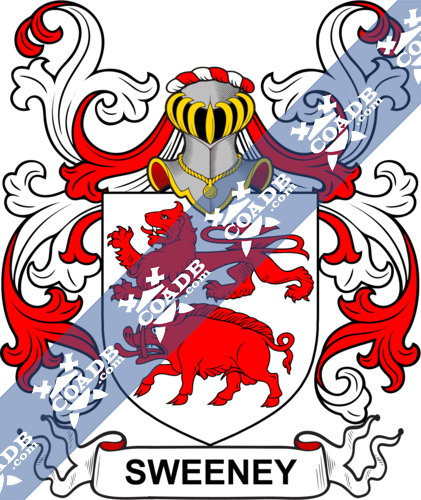 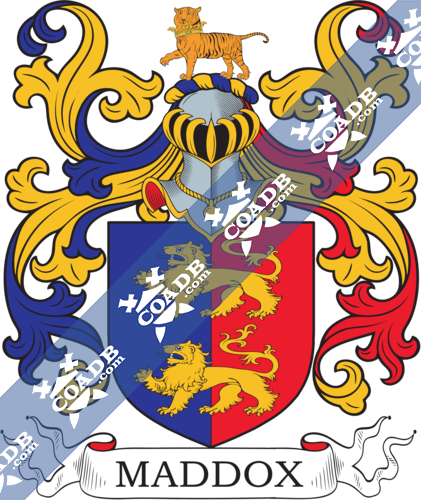