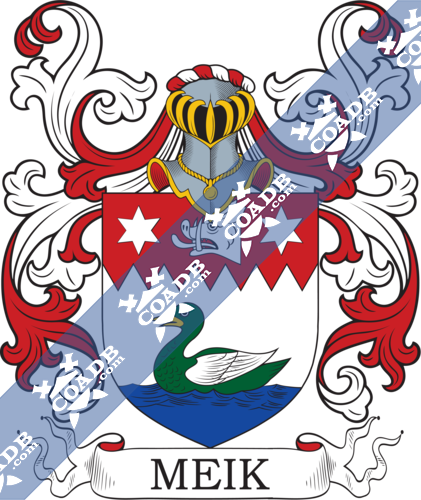 The surname Meek is an Anglo-Saxon/Scottish name whose origin derives from the Anglicized version of the ancient Norse word “mjukr”, thought to have been introduced to the British Isles during the Viking age. The English translation of “mjukr” means “merciful”, “humble”, or “compassionate”. The name was believed to have started as a nickname which originally evolved into a surname.

The use of surnames in Europe prior to the middle ages was largely unheard of except among the nobility. The introduction of the practice in England by the French aristocracy occurred after the invasion of the Normans. Prior to the middle ages the use of surnames by the general population was largely unnecessary as most people lived in smaller villages and settlements where everyone knew each other. However, with the passage of time, population growth and expansions of communities; as villages gave way to towns and cities, the use of surnames proved to serve two practical purposes. One, by adding a qualifier to a person’s name, made distinguish them, one from another easier. Often times the source of many surnames would come from a person’s occupation, one of their parent’s names, a defining physical trait, a familiar geographical location or a topographical landmark found near the individuals home or birthplace, or the name of the village in which the person lived.

The second purpose surnames had, they provided the government a more reliable way of tracking people for census, taxation, and immigration. One of the earliest recorded variations of the surname Meek can be found in official documents from Somerset dated 1229 which list Richard Mek. There were often variants in the spelling of names during the middle ages as there was a lack of continuity regarding guidelines for spelling and many of the scribes who were charged with the keeping of records often spelled phonetically. Variations in the spelling of Meek include the following; Meak; Meeke; Meik; Meeks; Meach; and Meech among others.

After the discovery of America and the addition of colonies to the nascent British Empire such as Canada, Australia, and New Zealand immigration began to occur in a greater volume than ever before. One of the first immigrants to America was Thomas Meek who landed and settled in Maryland

There are many persons of note who bear the surname Meek. Sterner P. Meek was an American military officer, chemist, and an author of children’s books, and one of the early authors of science fiction. Meek was educated at the University of Chicago and the University of Alabama where he received a Bachelor’s degree in Metallurgical Engineering. He continued to advance his studies at both the University of Wisconsin-Madison and MIT.

Meek served in the United States Military during World War I. He joined in 1917 as a chemist and ordnance expert. He remained in the military until 1947, retiring as a colonel. During his military career he served as Chief, Small Arms Ammunition Research and Chief, Publications Officer Ordnance Department.

After retiring from the military, Meek devoted his time to being a full time writer. His first piece, a short story titled “Taming Poachers”, appeared in Field and Stream Magazine. Meek was a prolific writer, producing over 20 published science fiction pieces between 1929 to 1933. Meek used both current and projected scientific advances as material for the fictional story lines in his work. He stopped writing in the science fiction genre in 1933, one last work of science fiction was published in 1939. After leaving this genre, Meek concentrated on authoring children’s books, writing 21 books in this genre between 1932 to 1956.

The surname also lends itself to Meek Mansion, located in Cherryland, California, it was built by William Meek and is on the National Register of Historic Places. Meek was a pioneer in commercial agriculture and the original farmland which surround Meek Mansion was the culmination of his years of research and study. The farm at one time encompassed over 3000 acres, of which only about 10 remain today, with the rest having been sold off over the years.

Today the property is maintained by the state, and while the house was previously opened to the public and was available for use for special occasions, the house is now only opened on a limited bases due to the need for massive renovations which have been on going since the early 1990s.

1) Argent three water bougets sable a chief of the last. Crest—A demi wolf ducally gorged and lined, holding between the paws a mullet of six points.
2) Gu. three chevronels ar. Crest—A demi lion ramp. holding over the head a scymitar. Motto—Pro recto.
3) (co. Essex). Gu. a lion ramp. ar. a bordure indented or. Crest—A lion, as in the arms.
4) (Scotland). Ar. a duck swimming in a loch in base ppr. on a chief indented gu. a boar’s head couped betw. two stars of the first.
5) (Leidcassie, Scotland, 1680). Ar. a duck ppr. on a chief dancettée gu. a boar’s head couped betw. two crescents of the first. Crest—An increscent and decrescent respecting and joining one to the other. Motto—Jungor ut implear.
6) Ar. on a canton gu. a lion’s head erased or. Crest—A greyhound courant ar. 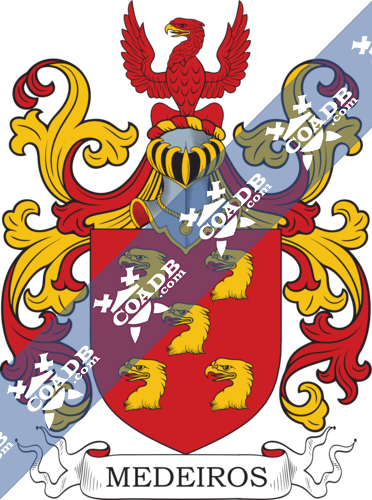 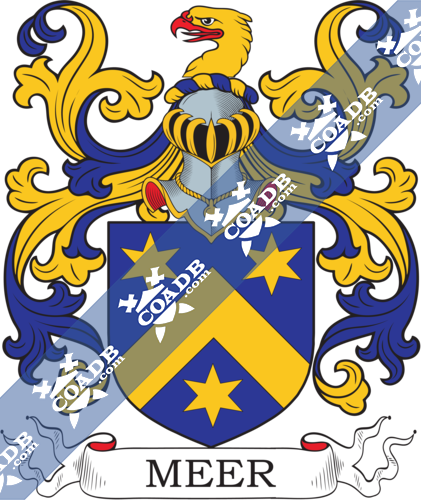