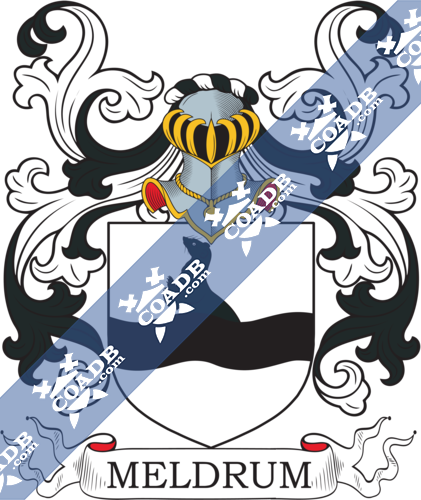 This interesting and uncommon surname is of Scottish origin and is a geographical name from the old barony of Meldrum (Melgedrum) in the old district of Aberdeenshire. The place name, which was first listed in 1291 as “Melgedrom,” is combination of the Old Gaelic components “mal(a)g,” which means noble and “druim,” which means a hill, high part. Among the Middle Ages when migration for the purpose to search a job was becoming more common, people often took their old hamlet name as a source of recognition, thus resulting in a wide distribution of the name. The surname first appears at the end of the 13th Century, where David de Melkedrum of the district of Fife and William de Melkedrom, Sheriff of Aberdeen in 1292, both carried out homage in 1296, according to the “Calendar of records relating to Scotland.” Other old examples of the surname such as Thomas, son and heir of William de Melkdrum, “who asked that he may have acceptable nourishment,” in 1307, and Philip de Meldrome, who witnessed the gift of the barony of Dalkeith to William de Douglas in 1341. Sir John Meldrum (deceased 1645) helped in the plantation of Ulster, 1610 – 1617, and was a patentee for set up lighthouses on North and South Foreland, 1635 and attended the parliamentary forces against Charles 1, being mortally wounded at Scarborough.

The surname Meldrum first appeared in Aberdeenshire, an old division, and new Conference Area of Aberdeen, located in the Grampian region of northeastern Scotland, where they held a family seat from old times.

The very first recording spelling of the family was shown to be that of Alexander de Melgedrom, dated about 1278, in the “Record of Dumfermelyn,” Scotland. It was during the time of King Alexander III of Scotland, dated 1216 – 1272. The origin of surnames during this period became a necessity with the introduction of personal taxation. It came to be known as Poll Tax in England.

Many of the people with surname Meldrum had moved to Ireland during the 17th century.

Some of the people with the name Meldrum who settled in the United States in the 19th century included Alexander Meldrum, who arrived in New York in 1816. William Meldrum settled in Philadelphia in 1865. Charles Meldrum landed in Allegany (Allegheny) Division, Pennsylvania in the year 1876. 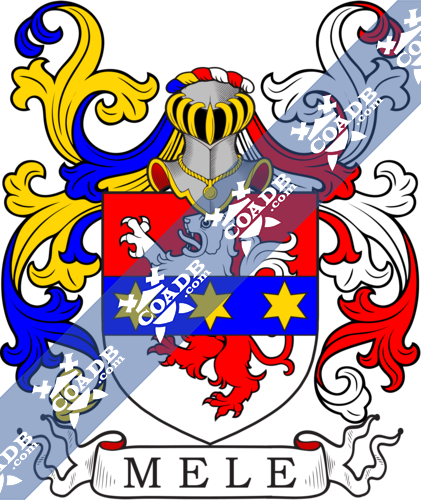