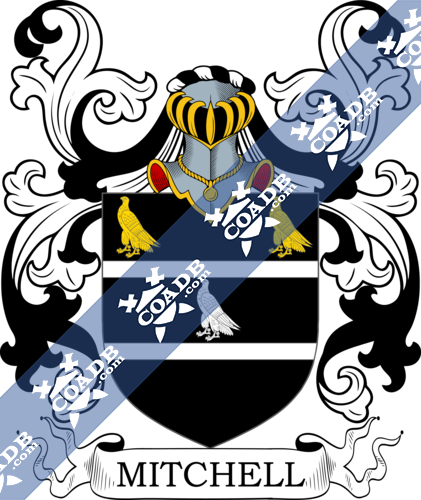 Meaning, Origin, Etymology
The surname of Mitchell was said to have been introduced into Western Europe by both knights and crusaders returning from the Crusades to free the Holy Land. This surname derives from the medieval Hebrew word, and Biblical given baptismal name of “Michel,” which can be translated to mean “He who is like the Lord,” or “in the Lord’s image.” Another possible origin of the surname of Mitchell is that it is a locational surname. In this case, it was used to describe those who resided in Mitcham, in the county of Surrey, which is in the country of England. In the case of locational surnames, they were often used to describe the area from which someone hailed. It is more common that the name was used to differentiate newcomers who left their hometown in search of work, and it was determined that the best way to differentiate between strangers was by the town from which they came. The name then became hereditary.

One of the greatest best-sellers of all times, Gone With The Wind, was written by Margaret Mitchell (1900—49). This romantic chronicle of the American Civil War sold over one million copies within six months of publication. The film version, starring Vivien Leigh as Scarlett O’Hara and Clark Gable as Rhett Butler, was for many years the longest movie ever released and has been seen by more people than any other film made.

The Scottish-born explorer Sir Thomas Livingstone Mitchell (1792—1855) began his adventurous career as an aide-de- camp to the Duke of Wellington in Spain. Later he explored uncharted regions of New South Wales in Australia, eventually laying out over 200 new towns and villages.

The many retail cooperatives throughout Britain and the US owe their existence to Lancashire-born John Thomas Whitehead Mitchell. He was the key figure in shaping the policies of the 1863 Cooperative Wholesale Society, basing the return of members’ dividends on their total purchases. Radical Socialist Beatrice Webb later successfully championed his ideas. 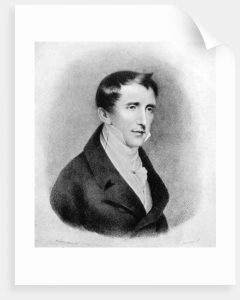 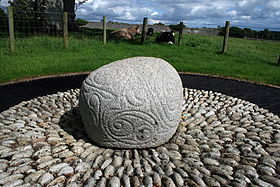 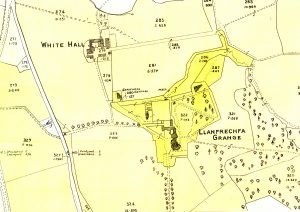 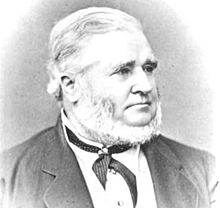 The County Families of the United Kingdom Or, Royal Manual of the Titled and Untitled Aristocracy of Great Britain and Ireland

MITCHELL, SIR WILLIAM, KNT., F.R.G.S. (cr. 1867). Son of the late Mr. John Mitchell, of Modbury, Devon; b. 1811; m. 1835 Caroline, eldest dau. of Mr. Richard Andrews, of Modbury; is a Magistrate for Devon, and Editor and Proprietor of the Shipping and Mercantile Gazette. He received the honour of Knighthood as a recognition of his services to maritime commerce. —Strode, Ivybridge, Devon ; Junior Athenæum Club, w.; Gresham Club, E.c.; 6, Hyde Park Gate, w.

MITCHELL, MAJOR-GEN. JOHN WRAY, of Castle Strange, co. Roscommon. Second but eldest surviving son of the late Edward Mitchell, Esq., of Castlestrange, by Mary Ann, dau. of the late John Wray, Esq., of Park Place, London; b. 1808; s. 1858; m. 1838 his cousin, Anne Sarah, dau. of John Wray, Esq., of Suffolk Place, London, and has, with other issue, * Edward, Lieut. R.E.; b. 1839. Major-Gen. Mitchell, who was educated at the Royal Military Academy, Woolwich, is a Colonel R.A., retired, and was formerly Commandant of the School of Gunnery at Shoeburyness. – Castlestrange, Athleague, co. Roscommon ; United Service Club, S.w.

MITCHELL, WILLIAM GILLESPIE, ESQ., of Carwood, Lanarkshire. Second son of the late Rev. John Mitchell, D.D., by Anne, eldest dau. of William Gillespie, Esq., of Bishop ton, co. Renfrew; b. 1801; m. 1846 Janet, youngest dau. of the late James Dennistoun, Esq., of Dennistoun, and has, with other issue, * John William, b. 1849. Mr. Mitchell, who was educated at Glasgow, is a Magistrate for co. Lanark—Carwood House, Biggar, N.B.

ANCESTRY OF WILLIAM SPINGLER MITCHELL, CORNELIUS VON ERDEN MITCHELL, JOHN VAN BEUREN MITCHELL BY: CORNELIUS VON ERDEN MITCHELL
The earliest records extant place this branch of the family in the town of Coleraine, in the County of Londonderry on the border of County Antrim, in Ulster in the north of Ireland. The fact that the name Mitchell is not one of the early Irish names and that the family was and is Protestant and the name was and is common in both Scotland and England leads to the almost certain conclusion that an earlier progenitor came from England or Scotland, possibly either at the time of the plantation of Ulster (1607), or at the time of Cromwell’s invasion a few years later. A letter from Rev. Canon L.V. Uprichard, rector of St. Patrick’s Church in Coleraine where William Mitchell is buried addressed to this compiler and dated May 5, 1955, states “In reply to your letter received today I have to say that our records begin in 1769 – the older records unfortunately were destroyed about 100 years ago.” History of the Presbyterian Church in Ireland by James Seaton Reid gives the names of several Mitchells who were in Ulster during the period covered, but this compiler can find no record that connects any of these persons with our branch of the family.
The earliest of our Mitchell ancestors of whom we have any record is William Mitchell, b. about 1731, d. Coleraine, Ireland, June 3, 1771; m. Margaret Rodgers, who m. (2) 1778, John Fulton and d. Coleraine May 11, 1811. The family tree states that William Mitchell was a stationer of Coleraine, Ireland. The Century Dictionary defines “Stationer” as a “Bookseller”. His date of birth is not given in any of these records. The family tree states that he married Margaret but does not giver her maiden name, the date of her birth or the date of her marriage to William Mitchell. William Mitchell’s tombstone in the churchyard of St. Patrick’s Church in Coleraine states that he died June 3, 1771 at the age of forty years. This puts his birth about 1731. The family tree shows that he and his wife Margaret had three children, namely William, John and Edward.
Rev. Edward Mitchell the youngest son of William Mitchell b. probably in Coleraine, Ireland August 3, 1769, d. No. Salem, N.Y. or Ridgefield Conn. August 8, 1834; m. N.Y. City, 7 December 1793 to Cornelia Anderson. He was one year and ten months when his father died so was brought up by his mother and his stepfather John Fulton. After receiving an ordinary school education he learned under his stepfather the business of bookseller and book binder which had been his father’s business and then being carried on by John Fulton. In his youth however he thought deeply on religious subjects. Arriving at manhood and planning for the future he bitterly felt the oppression and degradation of his native country and was an ardent lover of liberty, yet saw no prospect in his own land. He naturally looked to this country. He came first to Philadelphia in September 1791 and shortly afterwards to New York where he met Cornelia Anderson his future wife. His older brother William was in the bookselling business in Belfast. He left Ireland in 1793 and sailed in the ship Nancy for Philadelphia which he reached after a boisterous trip of twelve weeks. Provisions ran short and after being at sea for between twenty and thirty days rations had to be reduced to an ounce of gruel and a sea biscuit a day. During one of the storms encountered the main mast was snapped off flush with the deck. In Delaware Bay the ship dragged anchors and was floating out to sea. He arrived in New York, November 30, 1793 and on December 7, 1793 married Cornelia Anderson. Edward Mitchell and his wife Cornelia (Anderson) Mitchell, had eight children 1) Margaret Fulton (1794-1885) d. unmarried. 2) Susan Maria (1797-1798) 3) Eliza (1799-1853) d. unmarried. 4) William 5) John Fulton (1803-1881) 6) Cornelia (1805-1831) d. unmarried 7) Susan Maria (1807-1829) d. unmarried 8) Edward Elbert (1809-1889). The 5th child, John Fulton Mitchell was born Jan. 11, 1803, m. 1st Sarah E. Hunt.; m. 2nd Ann Jane Swan a widow whose maiden name was Charnley. By his second wife he had the following children 1) Edward Lewis, born March 6, 1840. Killed in the Battle of Shiloh, April 7, 1862. 2) Anna Cornelia, born Feb. 7, 1842, married William King Murray, Dec. 29, 1868. They had five children Edith b. Sept. 12, 1870 m. Rev. Lester Bradner; Mary Mitchell b. Jul. 1, 1872 m. Lowden; Harris King b. Jan. 1874 m. Arabelle Duncan Prime; Lewis Charnley & Ernest Mitchell (twins) b. Sept. 23, 1875; and Susan Maria b. Jun. 6, 1878 d. unmarried. Edward Elbert Mitchell was born July 20, 1809 m. Sarah M. Berrien, Feb. 24, 1832. He d. Jul. 24, 1889 and had the following children; Cornelius Berrien b. 1833 d. 1834; Edward b. 1835 d. 1842; William b. 1840 d. 1841; John Fulton Berrien b. 1842 m. Mary Bedinger and had 4 children: Cornelia, Henry Bedinger, John Fulton Berrien and Edward Bedinger; Ernest b. 1845 m. Margaret Macdonald and had 4 children: Eliza Macdonald, Edward E. James Macdonald, and Eleanor Anderson. Cornelia b. 1849 m. Alfred Wickham and died without issue. 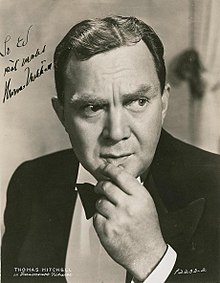 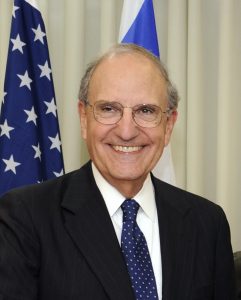 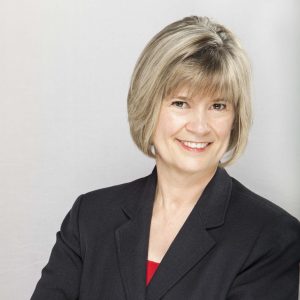 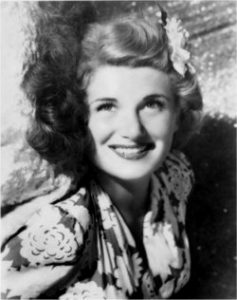 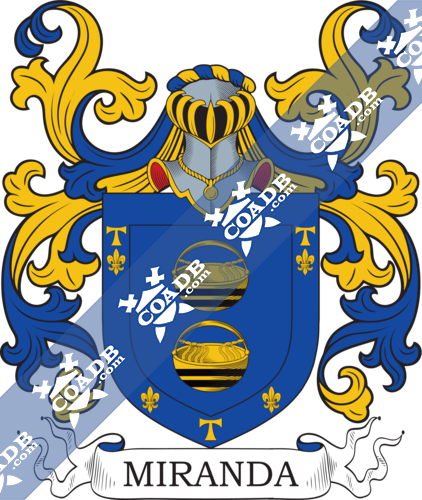 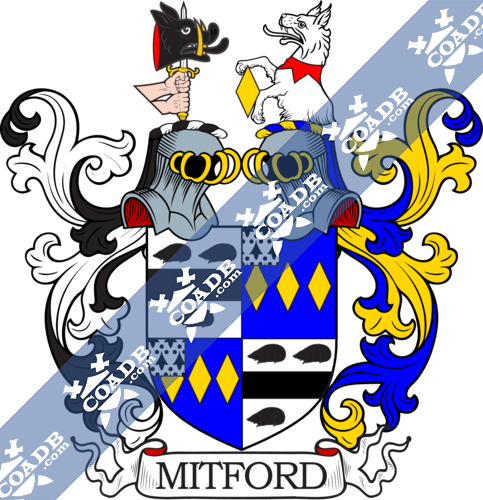