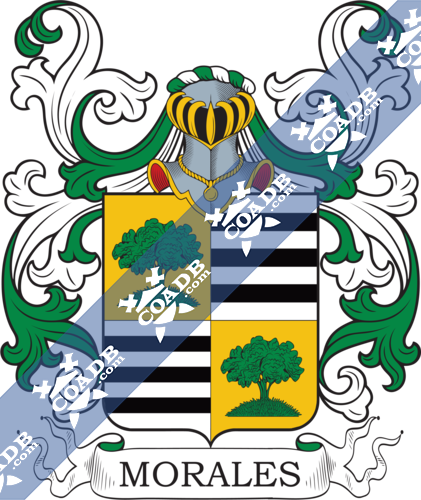 Surname Meaning, Origin, and Etymology
Morales is a surname that comes from the old region of Spain, where many other last names have been created and then passed to the regions that this country colonized. This last name count on two possible origins, both very common in that time. The first theory claims that this is a topographical name that was used by a person who lived near a blackberry or mulberry bush, blackberry and mulberry can be translated into Spanish as “mora” which comes from the Latin word “morum”. The other possible origin of the surname is that it was used by the people who lived in a town, village or a location called “Morales” and the surname worked to indicate that the bearer is originally from that place. There were many towns named “Morales” in the medieval Spain.

The locational surnames were originally carried by the owners of the lands or by the lords of the manor and the topographical surnames were a simple way to identify the people according to a natural landscape or by road sign made by man, that is why this kind of surnames were some of the first ones that were created. Another important of Morales is that thanks to its origins, topographical or locational, the bearers don’t are necessarily part of the same family because the used of Morales is determined by the place where its carriers used to live. One of the oldest records of Morales is the one about Francisco de Morales who was a witness in a ceremony at “Nuestra Señora La Antigue” in Valladolid, Italy on October 29, 1570.

Spelling Variations
The medieval era was a period in which a single person could have many ways to be called thanks to the spelling variations, but why did this happen? Well, there are a few reasons. During this time in Europe there were many cultures colliding and overlapping in many territories, so they started to mix, along with their languages. Another reason was the lack of grammatical rules for a written format on many of those languages. Finally, there was also the way that many scribes wrote the words, they did it according to how they hear them, so each one could write the same words in different forms. All of this affect the surnames, so they count on spelling variations such as Cruz which some variants were Morales, Moral, Morilla, Moraleda, Moralez, Moreira, Mora, Morais and many others.

Popularity & Geographic Distribution
Despite its unusual origin, Morales is a surname that has a big popularity nowadays and it is used by many people. In fact, is the 203rd most common surname in the world and approximately 2,379,322 people carry it. It is most prevalent in Mexico and its highest density in Guatemala, which is also the second country with the biggest amount of Morales. The United States is the third country with the largest amount of Morales, followed by Spain in fourth place and Venezuela in fifth. All of this information is taken from the census of 2014.

History, Genealogy, and Ancestry
Among the many branches and lines of Morales, one that counts on a high-detail record is the one that belongs to Diego Sánchez de Morales, conqueror of Chile, who also helped to found Santiago. Diego Sánchez de Morales was born in Marchena, Spain in 1514, he was a son of Juan de Morales Negrete and Inés Rodríguez. Diego got married to Inés de León y Carvajal and they had six children, the first one was Diego de Morales y León Carvajal who was born in La Serena and got married to Ana María de Pastene y Seixas daughter of Juan Bautista Pastene and Ginebra de Rodrigo de Araya. The sons of his last marriage were Ginebra de Morales Pastene who got married to Rodrigo de Araya and Diego de Morales y Pastene who got married to Isabel Bravo de Villalbas y Rojas.

The second child of Diego Sánchez de Morales was Juan de Morales Negrete who was born in La Serena in 1567 and got married twice. The first time he got married to María de Grajales Avalos Téllez and after she died, he married María de Toledo y Herrera. The children of Juan were María Magdalena de Morales y Grajales who got married to Jerónimo de Cisternas y Mirada, son of Pedro de Cisternas Tobar and Ana de Miranda y Rueda, they didn’t have any children.

Mottoes
We were unable to locate any documented mottoes for the Morales family.

Grantees
We were unable to locate any documented grantees for the Morales family. 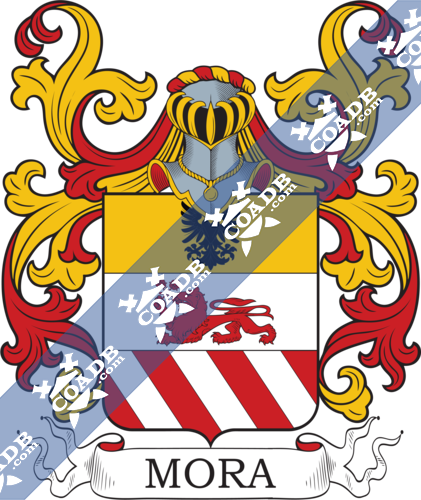 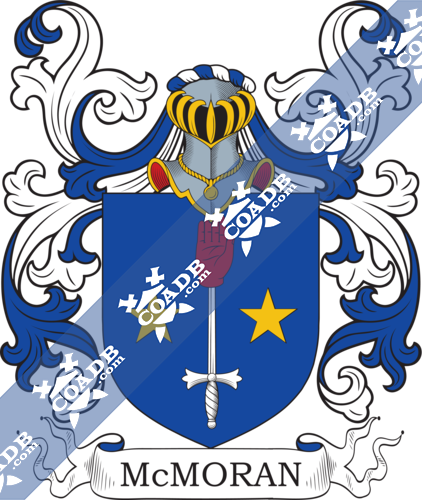