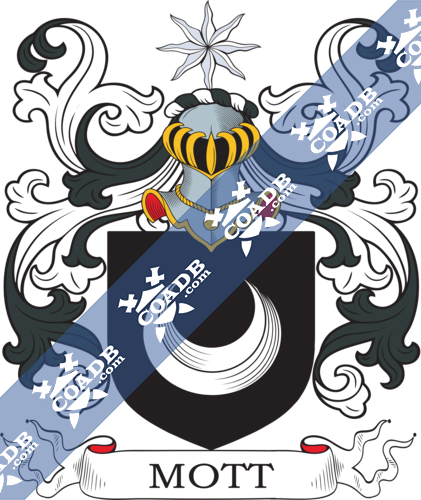 The name Mott is of Anglo-Saxon origin, it does appear in early Scottish records as well; however, it is believed the name migrated from England. It is derived from the medieval English word, “mote” or moat which was a channel, which may or may not have been filled with water, that was built around a castle or manor to increase defense. I this context it would be considered topographical as it was probably used to describe someone who lived near the fortress.

There often exists variations in spelling of many surnames, as with many given names which date back to the early centuries. The variation in spelling of both given and surnames during this time period can be attributed to a lack of continuity regarding guidelines for spelling which was compounded by the diversity of languages in use in European countries at this time. The variations in the spelling of the surname Mott include but not limited to; Mott; Moat; Moatt; Demott; De Motte; Motte; Mote; and De Mott among others.

The earliest record of any variation of this surname is that of Basilia Motte which appears in the Cambridgeshire tax rolls from 1273. These rolls, were a series of census and tax records

kept by the English Treasury by order of King Edward I, with the oldest dating back to the 12th century. They hold the distinction of being the oldest consecutive set of records detailing English governance in the United Kingdom. These records span a period of over 700 years and have proven invaluable to researches over the years. Additional tax rolls show records of Richard Mote from Oxfordshire in 1273, William de la Mote from Essex in 1305 and Elena Mott from Yorkshire in 1379.

There are many persons of note who bear the surname Mott. Sir Nevill Francis Mott was born in Leeds, England. He was a scientist an physicist. He attended Clifton College where he was enrolled at the age of ten from there he went on to St. John’s College at Cambridge. Mott went on to lecture and teach in the Physics Departments at several colleges and universities in England. He was made a Fellow of the Royal Society in 1936, he was knighted in 1962, and in 1977, he was awarded the Nobel Prize in Physics along with John Van Vleck and Phillip Anderson.

1) (Braintree, co. Essex, and Kedington, co. Suffolk). (Barningham Hall, co. Norfolk; exemplified to Thomas Vertue, Esq., who assumed the name and arms of Mott, in accordance with the testamentary injunction of John Thurston, M.D., of Market Weston, co. Suffolk). Motto—Spectemur agendo. Sa. a crescent ar. Crest—An estoile of eight points ar.
2) Az. five lozenges conjoined in fess or, each charged with an escallop gu. on a chief of the second a griffin’s head erased betw. two fleurs-de-lis of the first. 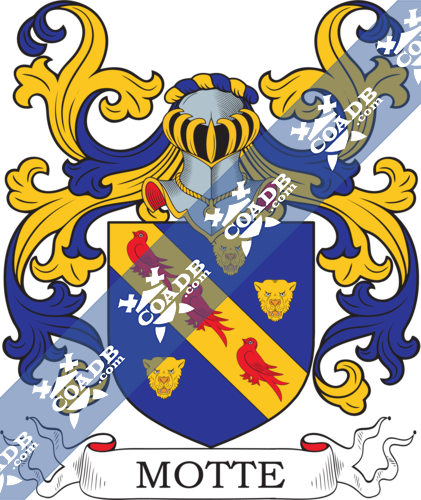