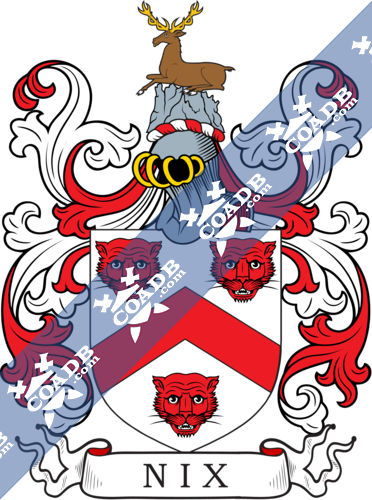 While the surname Nix or any variation of its spelling is considered English in origin, the name from which it is derived, Nicholas, comes from Greece. When broken down the Greek given name Nikolaos, from which the English name of Nicholas originates from can be shown by the two root words “Nikan” means to conquer and “Laos” means of the people. The name became very popular among the Christian population of Europe during the Middle Ages in large part due to the notoriety of the legendary and highly revered Saint Nicolas, a Lycien Bishop in the 4th century.

Variations in the name’s spelling exists, as with many names which date back to the early centuries. The variation in the spelling of names during this time period can be attributed to a lack of continuity regarding guidelines for spelling which was compounded by the diversity of languages in use in Europe at the time. The variations in the English spelling of the name include Nix, Nicks, Nickes, and Nixon. There are also patronymic variations in the spelling such as; Nickson, Nickinson, Nickisson, Nicheson, and Nickson among others which combine a variation of the prefix “Nick” and the suffix“son”, meaning Nicholas’ son.

In the “Hundred Rolls of Oxfordshire” in 1279 there is a Henry Nix. There are additional records from Yorkshire in 1316 listing John son of Nyk in the Court Rolls of Manor of Wakefield.

One of the most notable bears of this surname is Richard Nix(Nykke). He was made Bishop of Norwich in 1501 by Pope Alexander VI. Previously he had held the positions and titles of Archdeacon of Exeter and the Archdeacon of Wells and Cannon of Windsor under England’s King Henry VII. He was the last Roman Catholic to hold the position of Bishop of Norwich before the reformation.

Everett Dumas “E. D.” Nix was an American businessman and United States Marshall. He originally started out as the owner of a grocery and hardware store in his home state of Kentucky. During the land run of the early 1890s, he moved to Oklahoma where he was appointed U. S. Marshall. It was a very unsettled time in this area of the United States when E. D. Nix took over as U.S. Marshall. His first order of business was to put a stop to the lawlessness which was running rampant, beginning with the worst offenders, a group of outlaws known as the Doolin Dalton gang. Within five years, Nix had accomplished what he set out to do when he accepted the position of U. S. Marshall, he had wiped out the Doolin Dalton gang and significantly reduced crime in the Oklahoma Territory.

There are also many notables in the arts and entertainment world with the surname Nix. Garth Nix is an Australian best selling author of children and young adult fiction. Prior to becoming an author, he was a Senior editor at one of the world’s largest book publishing companies and a literary agent. Bern Nix is an American jazz musician who is considered by many of his peers to be one of the top ten jazz guitarist of all times. He has performed with many of the top artist of the genre. Steve Nix is an American musician, songwriter, composer, arranger, and author. He is noted as one of the most influential musicians in Southern rock and R&B in the world today.

There have also been many world class athletes with the surname Nix; Sunder Nix is an American Olympic gold medalist in track and field, Charlie Nix was a British Olympic silver medalist in sports shooting, and Doyle Nix, Emery Nix, John Nix, and Kent Nix were all professional football players. 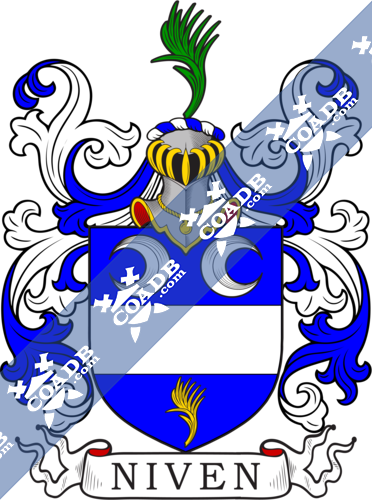 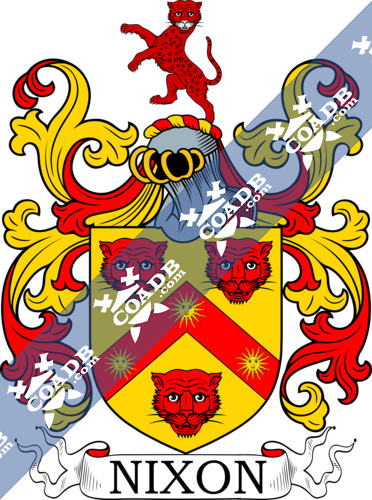