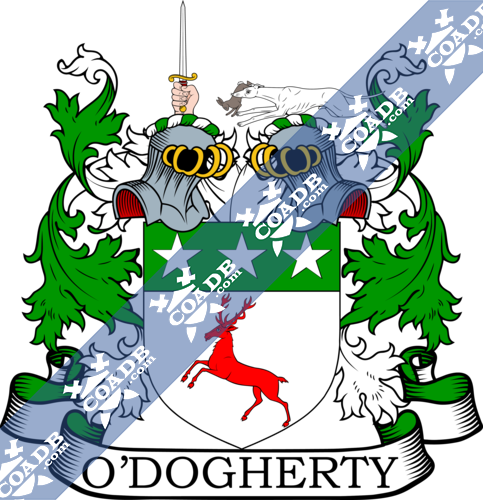 1) (a Sept of Ulster, of the same race as O’Boyle, deriving their name from Dochartaigh, chief of the territory of Cinel-Edna and Ard-Miodhair, co. Donegal; Brien Duff O’Dogherty was Lord of Ennishowen, same co., 1440; Sir Cahir O’Dogherty, Lord of Ennishowen, was killed in rebellion 1608, when all his lands were forfeited). Motto—Arm Duthchas. For my inheritance Ar. a stag springing gu. on a chief vert three mullets of the first. Crest—A hand couped at the wrist erect graspipg a sword all ppr. Another Crest—A greyhound courant ar. holding in the mouth a hare ppr..
2) (co. Leitrim, and Spain; allowed by Fortescue, Ulster, 1790, to Henry, John, and Clinton-Dillon, O’Dogherty, then residing in the Kingdom of Spain, sons of Owen O’Dogherty, d. 1784, descended from John O’Dogherty, d. 1638, second son of Sir John O’Dogherty, Knt., of Ennishowen, Chief of his Sept, and brother of Sir Colin O’Dogherty, killed in rebellion 1608). Motto—Arm Duthchas. Ar. a chev. engr. betw. three trefoils slipped vert. Crest—An arm in armour embowed, holding a scymitar all ppr. 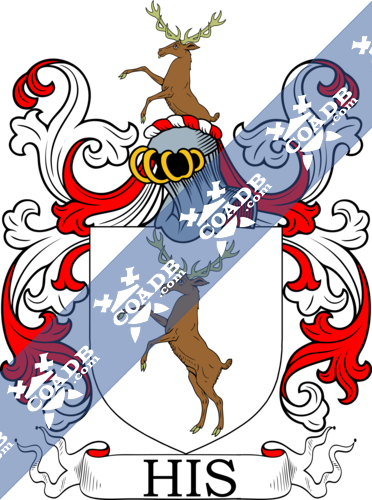 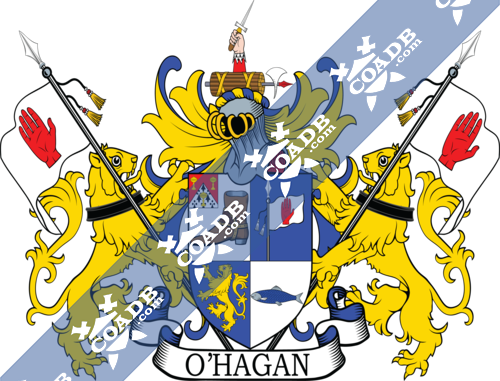