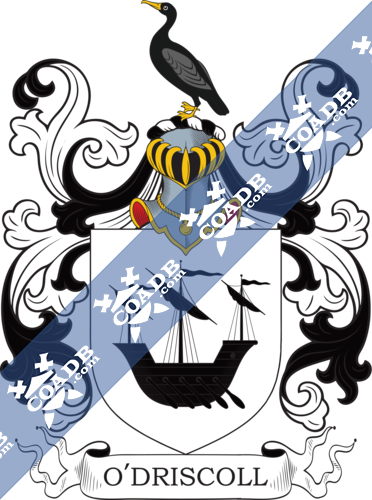 1) (a Sept possessed of Bearra, now the Barony of Beare, co. Cork, from which they were driven by the O’Sullivans; they derive their surname from Eidersceoil, Chief of Bearra; thirteenth in descent from him was Sir Fingheen O’Heidersceoil Mor, who founded the Franciscan Abbey on lniskeen Island, 1460. The Four Masters record that O’Driscoll Mor was slain by the crew of a merchant vessel in Cork, 1414). (Baltimore, co. Cork; Christopher O’Driscoll, of that place, temp. Queen Elizabeth). (Reg. Ulster’s Office). Ar. a ship or ancient galley, sails furled sa. Crest—A cormorant ppr. Source: Burke’s.
2) Ar. a ship of three masts, sails set sa. Crest—A tower ppr. Source: Burke’s. 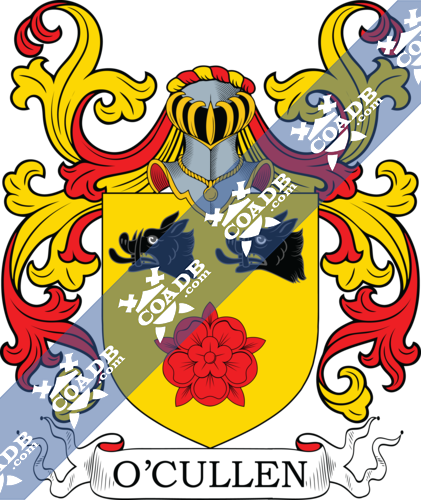 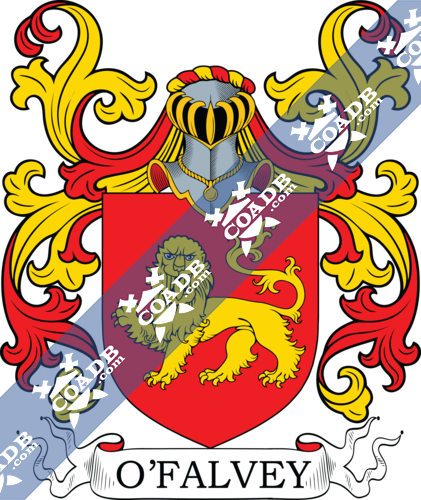