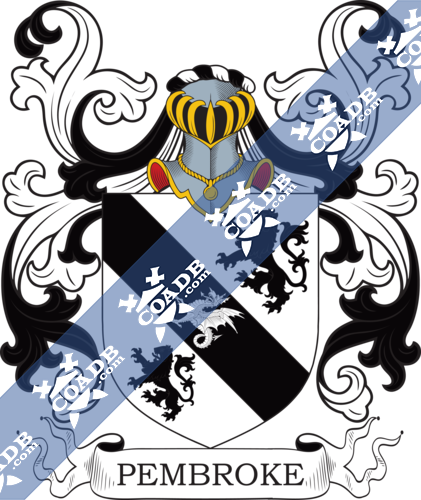 1) (St. Alban’s, co. Herts, and Chertsey, co. Surrey; confirmed by patent, dated 7 Feb. 1771, to George Pembroke, Esq., of St. Albans, and the descendants of his father Joshua Pembroke, Esq., of the same place, and of Lincoln’s Inn, and to those of his uncle, Nathaniel Pembroke, of Chertsey, co. Surrey. Wm. Pembroke, of St. Albans, only surviving son of the said George, and Charles Pembroke, of Chertsey, grandson of tho said Nathaniel, were respectively Esquires to Sir Robert Keith Murray, K.P., 1772, and to Sir Philip Francis, K.P., 1812. The pedigree is traced to Wm. Pembroke, Burgess of Bristol, who died in 1417). Quarterly, 1st and 4th, or, on a bend betw. two lions ramp. sa. a dragon pass. wings elevated, of the first, for Pembroke; 2nd and 3rd, ar. a wolf statant gu. on a chief indented of the last three fleurs-de-lis of the first, for Flindell. Crest—A wolf’s head gu. issuing out of a ducal coronet or. Motto—Rebus in arduis constans.
2) [Granted to George Pembroke, of St. Alban’s Herfordshire, 1771.] Or, on a bend sa. betw. two lions, rampant, of the last, a dragon, passant, wings elevated, of the first.-Crest, out of a ducal coronet or, a wolf’s head gu.
3) Ar. on a bend sa. betw. two lions, rampant, of the second, a wivern of the first.
4) (co. Lancaster). Barruly ar. andaz. an orle of martlets gu.
5) Per pale ar. and or, a chev. betw. three crescents gu. Crest—A heart gu. charged with a rose ar. 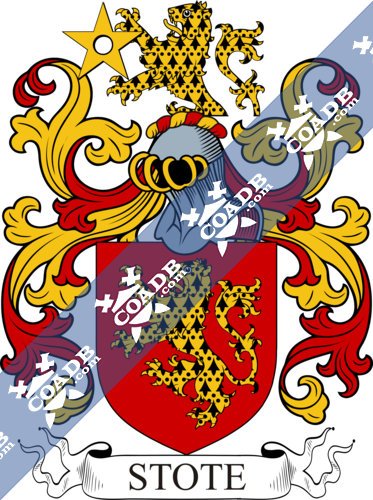