Surname Name Meaning, Origin, and Etymology
In his book, A Dictionary of English and Welsh Surnames, Charles Wareing Bardsley writes: “I can gather no satisfactory account”, but acknowledges this is a Scottish surname. In his book, Etymological Dictionary of Family and Christian Names, William Arthur states it is a local surname meaning “of Prencyll”, a hazel wood, from the Welsh word for wood (pren) and the Welsh word for cyll or coll (hazel). He also states that a pringle is an obsolete Scottish coin (worth about a penny). There was an estate in the south of Scotland called Hoppringle (near Stow Roxburgshire) and the name may refer to a person who live there. In the seventeenth century, the first syllable was dropped. Another source states it derives from the Middle English word hop (enclosed valley) and the Old Norse first name Prjonn. Another source notes that some believe it derives from the Old French word pelegrin, a pilgrim, but this is highly unlikely. In his book, British Family Names and Their Origin and Meaning, Henry Barber notes that Pringiels is a Flemish personal name. One source claims the family descended from the ancient Boernician clans, who were a mixture of Picts, Viking, and Angles who lived in the borderlands.

Pringle is also the name of an armigerous clan form the Scottish borders seated at Torsonce, whose last Chief was John Hoppringle who died in 1737.

Spelling Variations
Other spelling variations of this last name include Prindle, Pringell, and Hopringle.

Early Bearers of the Surname
Sir Robert de Hoppryngil was recorded in 1265 AD. Elys de Obrinkel was documented in 1296 AD as a tenant of the bishop of St. Andrews. Thomas de Oppringyl, or Hoprynglil, was recorded in the Register of the Great Seal of Scotland in 1638. John Pryngel, of Fife, was documented in 1406 AD in St. Andrew’s Priory. A one Alanus Prynkayle was recorded in the Poll Tax of Yorkshire in 1379 AD. An early marriage involving this surname is Robert Pringle to Jane Balmeavis at St. George Hanover Square.

Early American and New World Settlers
The book “Genealogical Guide to the Early Settlers of America” discusses one bearer of this last name: William Pringle of New Haven, who in 1655 married Mary Desbraugh and had issue with her: Phebe (1657), John (1658), Mary (1660), and maybe others including a son named Joseph. Some say the name changed to Prindle. Other early settlers include John Pringle (Connecticut 1645), Eleanor Pringle (Maryland 1673), and George Pringle (Philadelphia 1774).

History, Genealogy, and Ancestry
The famous genealogist Bernard Burke’s book “The Landed Gentry” discusses the three branches of this family: Pringle of Yair, Pringle of Thorncliffe, and Pringle of Toewoodlee.

The first branch, Pringle of Yair, begins with a discussion of Alexander Pringle, Esq. of Whytbank and Yair in county Selkirk. He was an M.A., D.L, and Justice of the Peace. He was born in 1837 and in 1870, he married Mary Arbuthnot, the daughter of Robert Keith Pringle. Burke states there were two races of the surname Pringle in southern Scotland, who sprung from a common ancestor, but the connection has not been established. The Pringles of Torsone settled in Mid-Lothian and portions of East-Lothian and Berwickshire. From them descended the families of Burnhouse, Hawtree, Glegelt, Lees, and Rowchester. The second races descended from the Pringles of Whitsun in county Berwick, sometimes of Smailholm and Galashiels. They held lands in Gala Water and Caddon Water and it parts of Roxburgh near the Cheviot Border. The family has been traced to the Abbey of Soltray, where one Robert Hop-Pringle is mentioned as having donated to the monastery. He was an esquire to James, Earl of Douglas, during the battle of Otterburne in 1388 AD. From Archibald, he received lands in Smailholm in 1408 AD. He built a tower there and dropped the name Whitsun and assumed that of Smailholm. He accompanied Archibald, his patron, to the famous expedition into France, where they were killed at the Battle of Verneuil in 1421. From him descended, James Pringle of Woodhouse and Whytbank, a great loyalist, who supported the cause of Queen Mary, for which he lost his estate at Peebles. His grandson was George Pringle, son of James, of Balmungo. Through his wife Christian Lundie, he served in the Swedish arms under Gustavus Adolphus, in which he came a Major and served in the Thirty Years’ War. He married Elizabeth, daughter of Sir Patrick Ruthven, and had three sons with her: James, William, and John, as well as a daughter, Christian. He died in 1654. His son was Reverend John Pringle, Minister of Fogo, who married Jean, daughter of Patrick Shaw, and they had two sons and three daughters. His eldest son was John Pringle, of Whytbank, who succeeded his father’s cousin, Alexander Pringle. In 1699, he married Christian, daughter of Sir Patrick Scott of Harden, and he had one son and two daughters with her. He died in 1703 at a young age, and was succeeded by his son, Alexander. This Alexander married Elizabeth Caincross, heiress of Langlee, and he had 12 children with her. He died in 1772 and was succeeded by his eldest son, John Pringle. John was a Lieutenant in the army who commanded forces in Canada where he died in 1774. He was succeeded by his brother, Alexander Pringle, of Whytbank. He purchased the family residence and estate of Yair, from the Duke of Buccleuch, where he built a mansion. In 1789, he married Mary, daughter of Sir Alexander Dick, and had 11 children with her: Alexander, John, William Alexander, Robert Keith, David, Mary Agnes, Susannah, Elizabeth, Charlotte, and Margaret Janet. He died in 1827 and was succeeded by his eldest son, Alexander Pringle. He was a Justice of the Peace, a D.L., and Vice-Lieutenant of county Selkirk, and a Member of Parliament from that area. He was born in 1791 and in 1830, he married Agnes Joanna, daughter and heir of Sir William Dick of Prestonfield. He had an only son, named Alexander (previously discussed above). This family bore a coat of arms blazoned as follows: Argent, on a saltire, engrailed sable give escallops or, Crest: A man’s heart proper, with Supporters: Two pilgrims habited proper.

The second branch discussed is Pringle of Thorncliffe. It begins with a discussion of Robert Keith Pringle, Esq. of Thorncliffe, Cheltenham, who was formerly of Broadmeadows, in county Selkirk. He was born in 1802 and was Justice of the Peace for Selkirk and Derby, and in 1848, he married Mary Jane, the daughter of General George Moore. He had the following children with her: Alexander (1850), Robert Keith (1854), John (1861), Charles (1865), William (1868), Mary Arbuthnot (1870), Georgina, Fanny, Charlotte, Margaret Joanna, and Edith. He was the fourth son of Alexander Pringle. He was civil administrator in the Bombay Civil Service and Commissioner.

The third branch discussed is Pringle of Towoodlee. It begins with a mention of James Thomas Pringle, Esq. of Torwoodlee, of Selkirk. He was a Justice of the Peace for Roxburgh and Selkirk and a Commander in the Royal Navy. He was born in 1832 and in 1862 he married Ann Parminter, daughter of Colonel Black, and they had the following children: John Lewis (1868), James Lewis (1869), George MacGregor (1871), Elizabeth Ann, Lillian Erskine, Adelaide Jane, and Helena. Burke traces the lineage of this family back to the Pringles of Galashiels and Smailholm. William Pringle, younger son of James, was killed at the Battle of Flodden in 1513 and left two sons, one named George who was born in 1505. He married Margaret Creighton and had eight children with her. He was succeeded by his eldest son William Pringle. William married Alison, daughter of James Heriot, of Trabroun in 1571 and had three sons with her. He was succeeded by his eldest son, George. George was a member of Parliament in 1617 and 1621, He married Margaret, daughter of James Pringle and had four sons with her: James, George, Alexander, and John.  He was succeeded by his eldest son James. In 1620, James married Jean, the daughter of Sir Richard Cockburn of Clerkington. They had a daughter named Margaret and a son named James. He later married Janet, daughter of Sir Lewis Craig of Riccarton, in 1628, and had issue with her: George (1631), James (1633), Thomas (1635), Alexander (1642), Ann, and Janet. He was succeeded by his eldest son George in 1657. Burke writes the following of him: “During the Civil Wars he adhered steadily to the Royal cause, and was in most of the engagements fought at that time in Scotland. At length, on a charge of being concerned in the Eye House Plot, warrants were issued against him, along with his neighbours, the Karl of Tarras, Murray of Philiphaugh, and Scott of Galashiels. With much difficulty he escaped, and took refuge in Holland.” He was succeeded by his son James. In 1690, James married Isabell Hall, daughter of Sir John Hall, and had three sons with her: George (1700), John (1702), and James (1709). They also had eight daughters: Katherine, Janet, Anne, Sophia, Isabella, Marion, Isabela, and Margaret. He was succeeded by his eldest son George, who died without an heir in 1780, and was succeeded by his brother, James of Bowland. James married Elizabeth Nimmo. Together they had eight daughters and one son. The son, James, succeeded his father in 1780 and also obtained his uncle’s estates of Torwoodlee, and built a mansion there. He was Vice-Lieutenant of the county from 1827-1830. In 1782, he married Elizabeth, daughter of co-heir of Lieutenant Colonel Charles Rod of Dryburgh, and had issue with her: James, George (married Ann Stewart), Alexander, and France. He died in 1840 and was succeeded by his son, Vice-Admiral James Pringle, born in 1782. James married Mary Frazer and left seven children with her: James (previously discussed), Chalres (1834), George (1839), Elizabeth married John Borthwick), Frances, Mary, and Jane. He died in November of 1859. This family bore a coat of arms blazoned as follows: Argent, on a saltier engrailed azure five escallops argent, a crest: A serpent nowed proper.

A one David Pringle was born in 1660 in Gloucester County, Virginia. He married Susan Merriweather and fathered a daughter named Harriet (Applegate). He died in 1738 in Stokes, North Carolina. Joel Pringle Sr., son of Joseph Prindle and Mary Brown, was born in 1696 in New Haven, CT. In 1718, he married Jemima Benham. They had three issue: William, Sarah (Ives), Louis (Bristol), and Joel Jr.

Notables
Famous people with this last name include: 1) Andrew Seth Pringle-Pattison (1856-1931) who was a Scottish philosopher, 2) Cyrus Guernsey Pringle (1838-1911) who was an American botanist who cataloged plants in North American, 3) Thomas Pringle (1789-1834) who was a Scottish poet and writer involved in the abolition movement, and 4) James Hogarth Pringle (1863-1941) who was an Australian surgeon known for the development of the “Pringle manoeuvre”, which is used in abdominal operations. 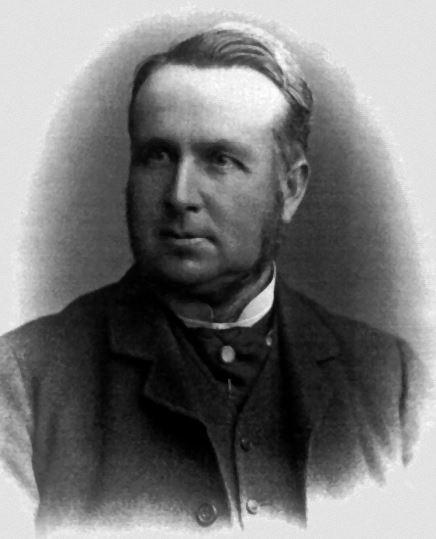 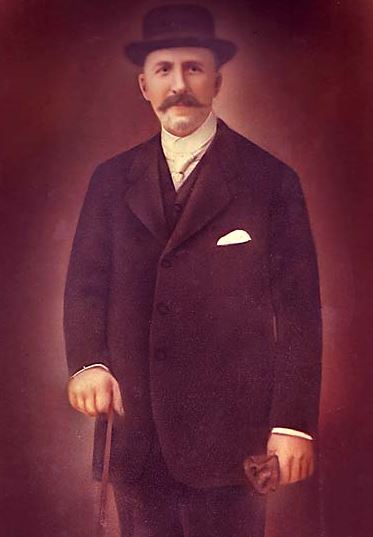 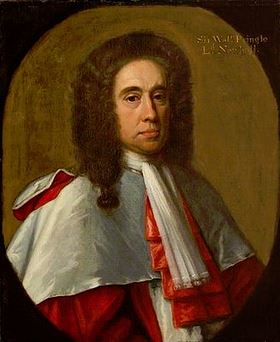 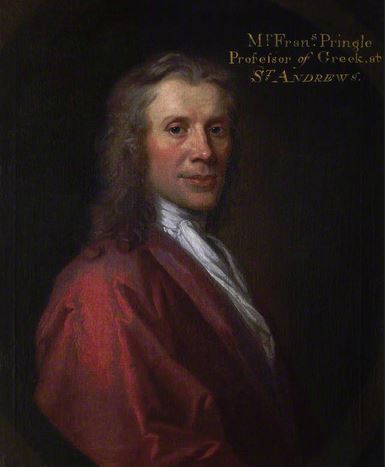 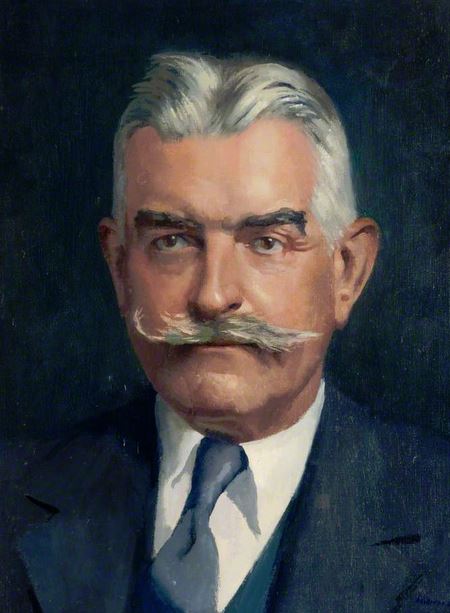 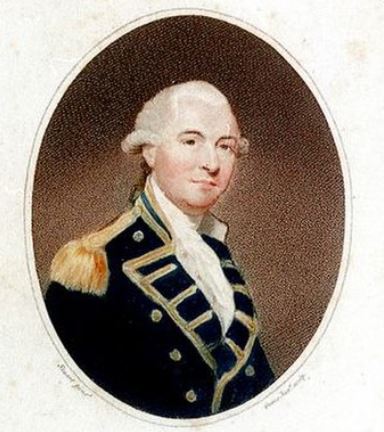 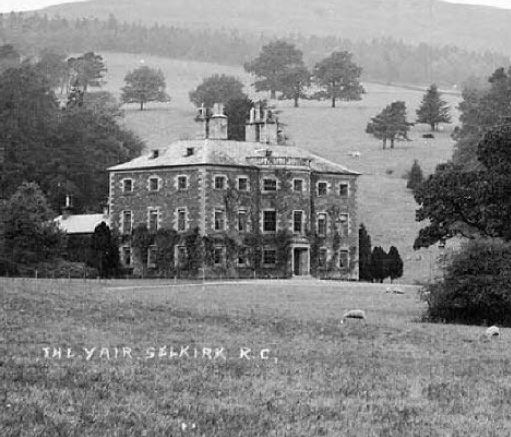 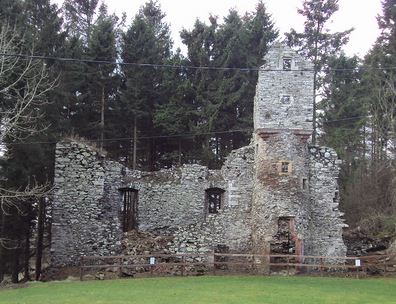 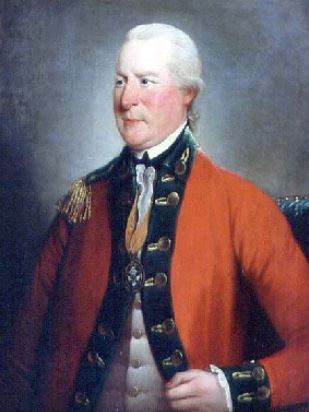 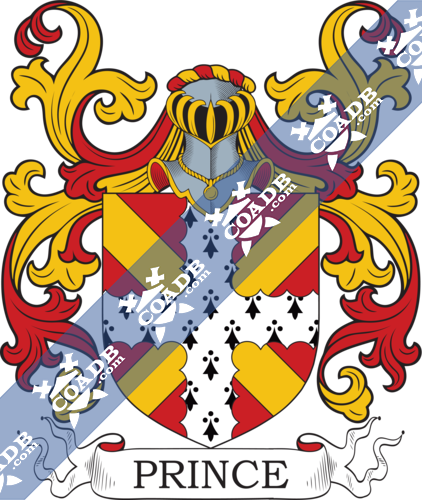 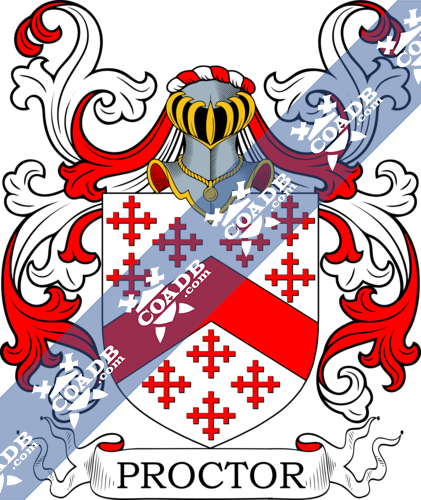