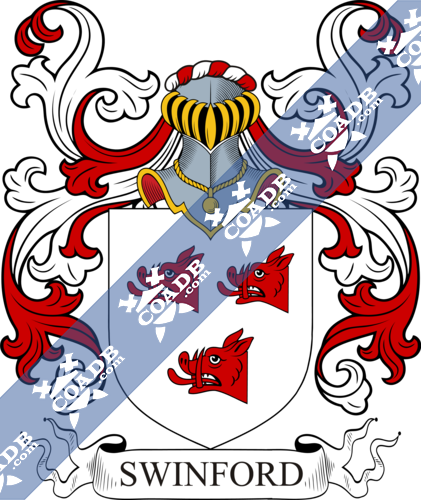 Surname Name Meaning, Origin, and Etymology
This is a local surname meaning “of Swinford”, which were parishes in counties Leicestershire and Oxfordshire, and Stafford (Kingswinford), as well as a tithing parish in Cumnor in county Berkshire. There was a place named Svinesford was documented in the Domesday Book of 1086 AD, and a place named Swinford recorded in The Anglo-Saxon Chronicle of 950 AD. It may derive from the Old English words swin (swine, pigs) and ford (ford, a shallow place in a river allowing for crossing), and hence means the pig ford.

Early Bearers of the Surname
The earliest known person to have bore this last name was Geoffrey de Suinford who was documented in The Pipe Rolls of Leicestershire in 1190 AD. A William de Suyneford was documented in the Fine Court Rolls of Lincolnshire in 1250 AD. The Hundred Rolls of 1273 AD, a census of Wales and England, known in Latin as Rotuli Hundredorum, documents two people bearing this surname: William de Swyneford of county Suffolk and William de Swynneford of county Huntshire. Roger de Swyneford was recorded in the Subsidy Rolls of Warwickshire in 1332 AD. Early baptisms involving this surname include Marye, the daughter of Peeter Swinford in 1626 at Canterbury Cathedal and Elizabeth, daughter of Peter Swinforde, in 1633.

History, Genealogy, and Ancestry
Katherine Swinford or Swynford, Duchess of Lancaster, was the third wife of John of Gaunt (1st Duke of Lancaster who lived from 1340-1399 AD who was a member of the House of Plantagenet).  She was the daughter of Paon de Roet, a herald and knight.

A one James Swinford was born in South Carolina in 1816. He married Mary Polly Allen in 1839 in Kentucky. Together they had the following children: Andrew, Cinthia, Edy, Benjamin, and Mariah Josephine. His son Benjamin was born in 1851.

A one Henry Swinford was born in 1879 in Illinois. He married Dortothy Marie Butcher in 1921. Together they had the following issue: Louis, Carlile, Bernard, Paul S., Laura, Luther, Barbara, Robert, Neogo, and Allen.

Early American and New World Settlers
One of the earliest documented settlers in the New World with this surname was Peter Swinford, who arrived in Nova Scotia, Canada in 1749. 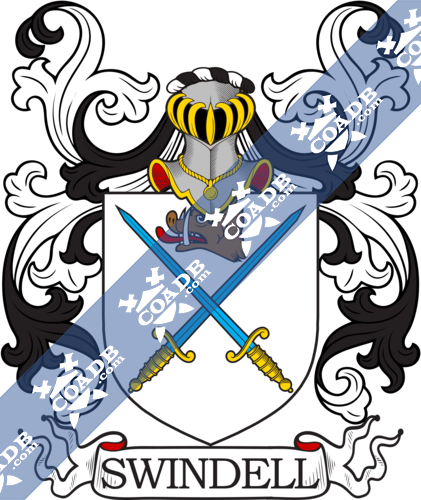 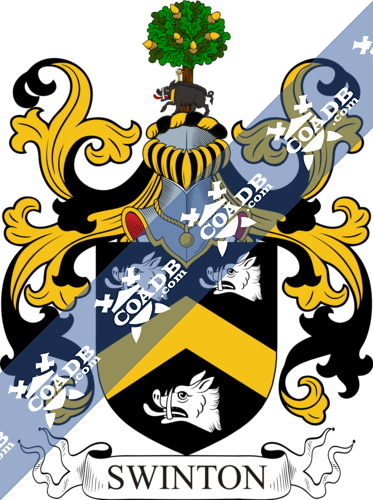