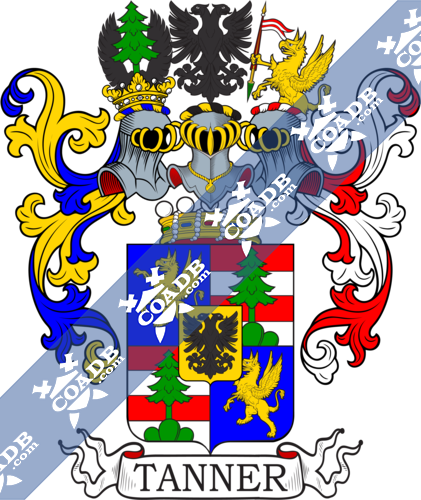 Tanner Surname Name Meaning, Origin, History, & Etymology
This is an Anglo-Saxon and German/Austrian/Dutch occupational or metonymic surname meaning “the tanner”, a person who tanned leather, deriving from the Old English word tannere, which in turn derives from the Latin tannarius, which came to Britain via the Old French verb taneor during and after the Norman Conquest of 1066 AD. It may also derive from an ancient Celtic word for an oak tree, whose bark was used in the tanning process. Leather was a critical material during medieval times and the Middles ages as it was used in shoes, hardness, saddles, armor, and buckets. Tanning is the process in which animal skins and hides are turned into leather, a process which alter the protein structure, making it more durable and less susceptible to decomposition, involving the use of tannin, an acidic chemical compound, derived from oak tree bark in old times. It should also be noted the Old High German word for oak or fir trees is tanna (as in Tannenbaum). The verb for the process in Middle Dutch is taenre. One should also mention there are two other origins theories for the Tanner surname. First, in Germany and Switzerland, it could be a habitational name denoting a person who lived in several different locales called Tanne (one in the Harz Mountains and one in Silesia) or Tann (in southern Germany). Second, in Finland, it is an occupational name for a person who lived in or near an open field, deriving from the Finnish word tanner. Third, in Germany, it also may be a topographic name for a person who lived in or near a forest, deriving from the German word tan, meaning forest. One source asserts the family was first found in Devon, England where they held lands and titles for generations, and in Germany, the family was first found in Bavaria and Franconia.

The 1890 book Homes of Family Names by H.B. Guppy, states the following in regard to this surname: “Tanner has been a name long known in Wilts; it was represented in Clarendon Forest two centuries ago”.

Early Bearers of the Surname
The earliest known bearer of this surname was Henry Taneur in the Pipe Rolls of Norfolk in 1166 AD. Lemmer le Tannur was documented in Yorkshire in 1175 AD. Ansketill le Tanur was documented in The Pipe Rolls of Cumberland, Westmorland, and Durham in 1189 AD. A one Thomas le Tannour rendered homage at Berwick in 1291 AD. The Hundred Rolls of 1273 AD, a census of Wales and England, known in Latin as Rotuli Hundredorum lists four bearers of this surname: Elfer Tannator (Sussex), John Tannarius (Oxfordshire), Philip le Tannour (Hungtingdonshire), and Henry le Tanur (Nottinghamshire). A one Henry le Tanner was documented in Somerset in 1327 AD in Kirby’s Quest. An early marriage involving this surname was Stephen Tanner to Alice Adams at St. Peter, Cornhill, London, in 1699 AD. An early baptism involving this name was Mary, daughter of James Tanner, at St. James Clerkenwell in 1613 AD.

Tanner of Kingsnympton Park
Reverend John Fowler Tanner of Kingsnympton Park, county Devon, England was a Justice of the Peace and Deputy Lieutenant who was born in 1831 and educated at Cambridge. In 1871, he married Eliza, daughter of M.W. Thompson, Esquire of Guiseley, county York, and had two issue with her: Charles Peile (1873) and Mary Agnes (1872). The lineage of this branch of the Tanner family tree traces back to James Tanner, Esquire of Kingsnympton Park, son of Robert Tanner and Mary Melluish, and grandson of Jonathan Tanner of Rose Ash, who in 1827, married Elizabeth, daughter of John Vowler of Parnacott, and had three issue with her: John Vowler (mentioned at the beginning of this paragraph), James Melluish (1833), and Mary (married Charles Malcom Kennedy of London in 1855). The Tanner Coat of Arms (sometimes mistakenly called the Tanner Family Crest) is blazoned in heraldry as follows: Argent, three Moor’s heads couped at the neck in enfiled(?) sable wreathed round the temples of the first and gules. Crest: A Moor’s head as in the arms. They resided at Eddgesford Parsonage, and were seated at Kingsnympton Park, near Chumleigh, North Devon, England.

Other
Elsbeth Tanner was born in Vorderen, Bern, Switzerland in 1545 AD. She married Hans Fankhauser and had four issue with him: David, Hans, Christen, and Heinrich.

In Canada, one of the first bearers of this last name was Samuel Tanner, who came to Nova Scotia around 1750. In Australia, of one the earliest bearers was John Tanner, a convict from Southampton, England who arrived in New South Wales (then a penal colony) aboard the Ann in 1809. In New Zealand, Herbert E. Tanner, a carpenter age 19 years, came aboard the Duke of Edinburgh in 1873 and arrived in the city of Wellington.

Early Americans Bearing the Tanner Family Crest
I researched the following three resources and did not find any coats of arms for Tanner: Bolton’s American Armory, Matthew’s American Armoury and Bluebook, and Crozier’s General Armory.

Mottoes
I have been unable to identify the Tanner family motto.

Grantees
We have 14  coats of arms for the Tanner surname depicted here. These 14 blazons are from Bernard Burke’s book The General Armory of England, Ireland, and Scotland, which was published in 1848. The bottom of this page contains the blazons, and in many instances contains some historical, geographical, and genealogical about where coat of arms was found and who bore it. People with this last name that bore an Tanner Coat of Arms (or mistakenly called the Family Crest)
1) Tanner, of Exeter in county Devon, see Williams, Match (1813).

Notables
There are hundreds of notable people with the Tanner surname. This page will mention a handful. Famous people with this last name include: 1) Antwon Tanner (1975) who is an American actor born in Chicago, Illinois best known for his role in the TV sitcoms Moesha and The Parkers, 2) Charles R. Tanner (1896-1974) who was an American author of fantasy and science fiction whose first short story was “The Color of Space”, 3)  Henry Ossawa Tanner (1859-1937) who was an American artist born in Pittsburgh, PA who was the first African-American to gain  international acclaim, known for his paining entitled Daniel in the Lion’s Den, 4) John Sigismund Tanner (1705-1775) who was an engraver of coins and medals for the Kingdom of Great Britain who was born in Saxe-Coburg, 5) William Cunningham Deane-Tanner (1872-1922), was an American actor and director born in Carlow, Ireland, who went by the stage name William Demond, who was a popular figure in early Hollywood who directed nearly 100 silent films and was murdered, leading to sensationalist journalism and speculation, although the case still remains cold, 6) Robin Tanner (1905-19878) who was an English artist and etcher from Bristol who followed the English neo-romanticism school, 7) James Gideon Tanner (1885-1960) who was an old time American fiddler born in Georgia who was one of the earliest stars in the music genre that would become known as country, whose band was named the Skillet Lickers, 8) James Tolman Tanner (1858-1915) who was an English stage director and dramatist who wrote several musicals produced by George Edwardes, and 9) Paul Tanner (1917-2013) who was an American musician born in Skunk Hollow, Kentucky who was a member of the famous/legendary Glenn Miller Orchestra. 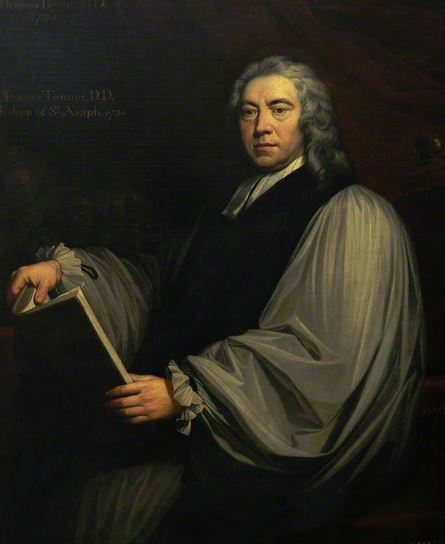 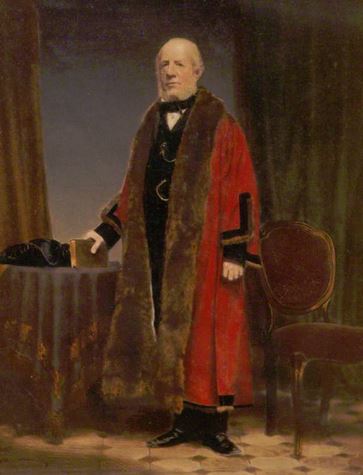 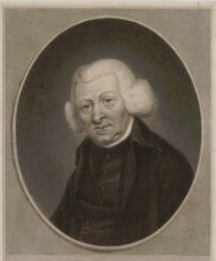 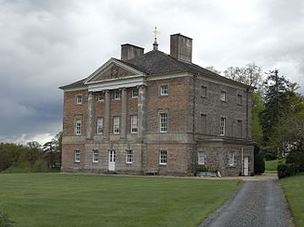 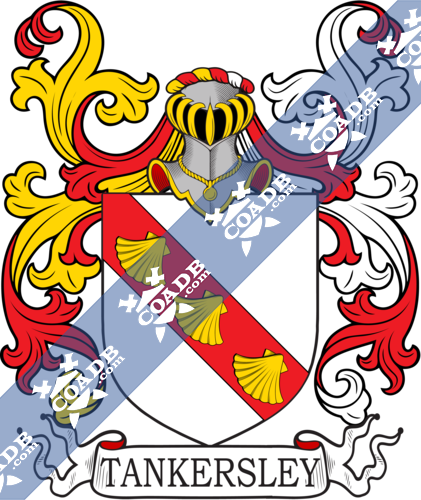 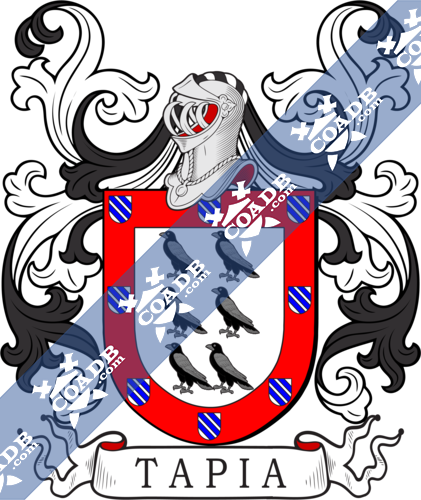