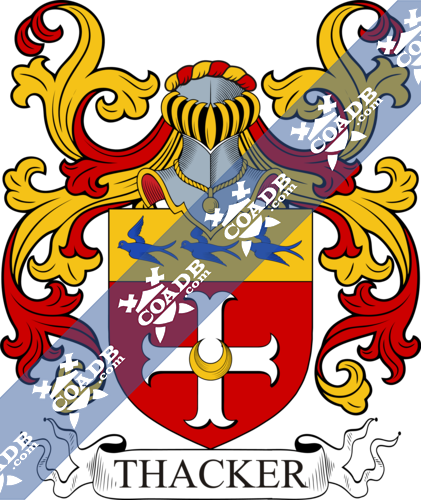 Surname Name Meaning, Origin, and Etymology
The last name Thacker is an occupational surname meaning “a thatcher”, given to people who were involved with such work, deriving from the Middle English word thack, Old Norse þak, and Norse-Viking thak, meaning thatch, and hence the name has a similar etymology to the surname Thatcher. This was a popular occupation during medieval times or Middle Ages that involved building a roof from dry vegetation such as straw, reeds, heathers, and rushes in order to steer water away from the inner roof, equivalent to the modern day roofer. The name was mostly found in West Midlands, England. Another source asserts the family was first located in Staffordshire, England were they held seat (land and titles).

Popularity & Geographic Distribution
The last name Thacker ranks 1,607th in popularity in terms in the United Status as of the 2000 Census. The name ranks particularly high in the following seven states: Kentucky, West Virginia, Utah, Indiana, Tennessee, Ohio, and Virginia.

Early Bearers of the Surname
The Hundred Rolls of 1273 AD, a census of Wales and England, known in Latin as Rotuli Hundredorum lists one bearer of this surname: William le Thekere in county Norfolk. William Thecker was documented in 1301 AD in the Writs of Parliament. The Poll Tax of Yorkshire in 1379 AD lists three bearers of this last name: Johannes Theker, Ricardus Theker, and Stephanus Theker. Other early bearers of this surname were William Thacker (London 1301), Richard the Thacker (Yorkshire 1316), and Roger le Thakkere (Cambridgeshire 1339). George Fraser Black’s, The Surnames of Scotland, published in 1946, states the following in regard to the surname Thacker:  “Thomas Thekar is mentioned in a list of Aberdeen criminals in 1411, Cudbert Thekar was a witness in Edinburgh in 1426, and John Thekar is recorded in St. Andrews in 1525”. Early marriages involving this surname include 1) Robert Thacker to Agnes Blage at St. James Clerkenwell in 1565 AD and 2) Edward Thacker to Elizabeth Peartree at St. George’s Chapel in Mayfair in 1748 AD. An early baptism involving this surname includes John Thacker at St. Matthew’s Church Walsall in 1570 AD.

Early Americans Bearing the Thacker Family Crest
I researched the following three resources and did not find any coats of arms for Thacker: Bolton’s American Armory, Matthew’s American Armoury and Bluebook, and Crozier’s General Armory.

Mottoes
I have been unable to identify the Thacker family motto.

Grantees
We have three coats of arms for the Thacker surname depicted here. These three blazons are from Bernard Burke’s book The General Armory of England, Ireland, and Scotland, which was published in 1848. The bottom of this page contains the blazons, and in many instances contains some historical, geographical, and genealogical about where coat of arms was found and who bore it. 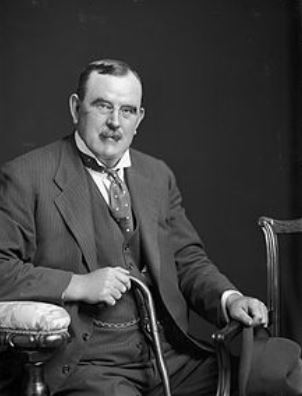 Notables
There are hundreds of notable people with the Thacker surname. This page will mention a handful. Famous people with this last name include: 1) Charles M. Thacker (1868-1918) who was the Justice of the Oklahoma Supreme Court in 1915 and was born in Brunswick County, Virginia, 2) Charles P. Thacker (1943) who is an American from Pasadena, California who pioneered computer design and worked on the Xerox Alto, the first computer that used a mouse-driven GUI (Graphic User Interface), 3) Blaine Allen Thacker (1941) who was a member of the Canadian Parliament from Lethbridge form 1979-1993, 4) Eugene Thacker who is a philosopher and professor at the The New School in New York city associated with pessimism and nihilism, 5) Henry Thomas Joynt Thacker (1870-1939) who is a doctor who became Mayor of Christchurch, New Zealand and was a member of Parliament for that country, 6) Stephanie Dawn Thacker (1965) who is a United States Circuit Judge appointed by Barack Obama, and 7) Moriss Benton Thacker (1934-1997) who was an American professional baseball player in the MLB who was born in Louisville, Kentucky and player for the Chicago Cubs and the St. Louis Cardinals in the 1950s and 1960s. 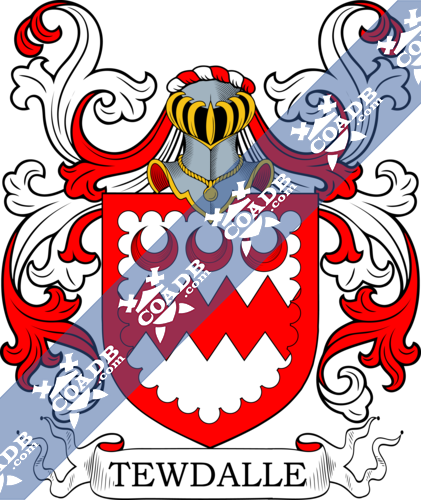 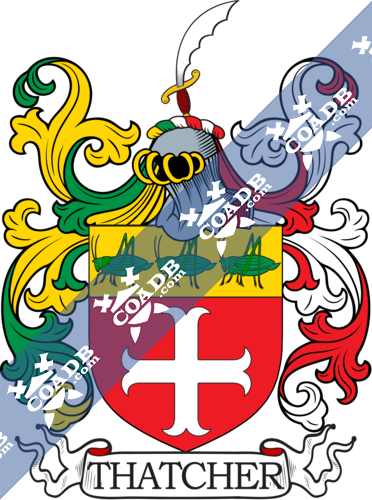