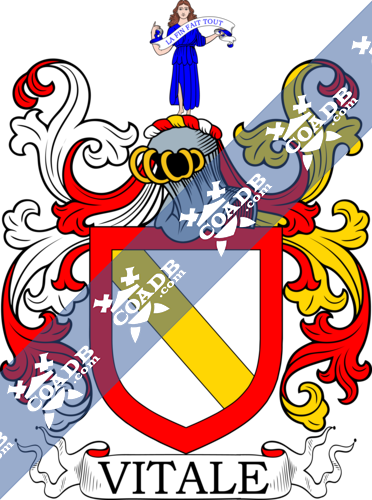 The surname Vitale is Italian in origin. It would be considered patronymic as it comes from the ancient Italian masculine given name Vitale which is derived from the latin “vitalis” or “vita” which translated to life. The name was popular among those of the Christian faith as it represented their belief in eternal life as well as several saints bearing names which were derivatives of the name. The spread of the name and variations of its spelling are due to popularity among Christians. The name is over a thousand years old, dating from a time when Christianity became formalized within the Roman Empire.

Surnames, as can be noted from the information above, often were adapted from a person’s occupation or topographical landmark found near the individual’s home or birthplace, or possibly from the name of the village in which the person lived or was born. Surnames were sometimes patriarchal or matriarchal, created by combining the person’s given name plus the name of their father or mother. In some instances surnames were also created from defining physical traits; such as a person’s hair color, eye color, height, etcetera.

It must be noted, surnames in Europe prior to the mid-sixteenth century were largely reserved for the noble class. In the small villages which existed during these earlier times, residents found little need for surnames as everyone in these communities knew each other and a given name would usually suffice. However, as population growth and expansions of villages gave way to towns and cities, for practical purposes it became necessary to add a qualifier to a people’s names to distinguish them, one from another, it also made the keeping of tax, census, and immigration records easier.

The task of record keeping was primarily under the jurisdiction of the Church, local priories, and the government. This was due in large part to the fact that literacy was a skill usually found only

among the nobles, the clergy, and government officials and scribes. Even so, there often existed multiple variations of names which may be attributed to a number of factors; the origins of the surname, the lack of guidelines which existed for spelling, and the fact that many scribes who were charged with record keeping spelled phonetically, among other things. One of the earliest records of anyone bearing the surname or any variation of its spelling is that of Abbot Vitalis found in Abbot records of Westminster dated 1076. Some other early variations of the name include; Vial; Vidal; Vitall; Vidall; Vital; Viall; and Viel among others.

There are many persons of note who bear this surname, such as American documentary film maker and photojournalist, Amy Vitale. She studied at the University of North Carolina where she earned a degree in International Studies she then attended the University of Miami where she received her Master’s Degree.

Vitale’s photographs have been published in international magazines including Smithsonian, National Geographic, Newsweek, and Time among others. Exhibits of her work have appeared in museums and galleries around the world.

Giordano Vitale was an Italian born mathematician. He was born in a small town in southeastern Italy but left at an early age. He traveled extensively, even finding employment for a brief period as the mathematician to the former Queen of Sweden, Christina. He was also a lecturer in mathematics at the French Academy in Rome, founded by Louis XIV. He left the Academy when offered a position at the Sapienza University of Rome. 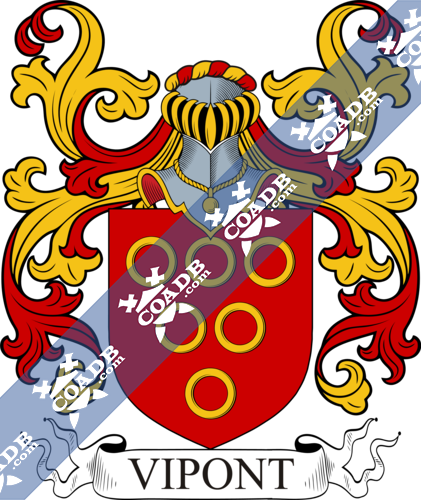 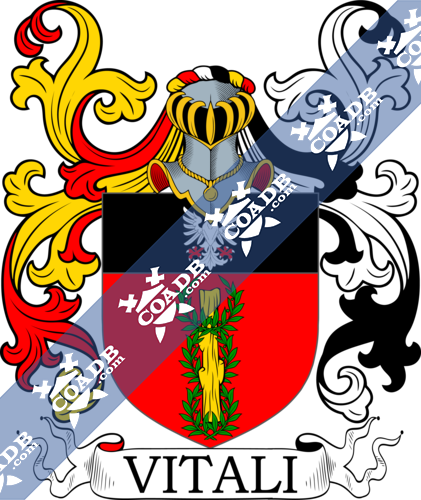