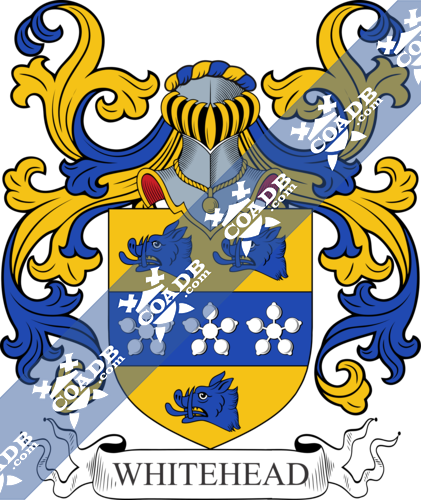 Whitehead Surname Name Meaning, Origin, History, & Etymology
This English and Scottish last name developed as a nickname denoting someone who had fair or white hair, derived from the Middle English word whit, meaning “white” and heved, meaning “head”. In some instances it can be Irish, as Whitehead, particularly in Connacht, was an erroneous translation of the Gaelic name O’Ceanndughain, meaning “decendant of the little black-headed one”, similar to Canavan. In some cases, it is an Anglicized or Americanized form of the German surname Weusshaupt or Weisskopf.

The following is an excerpt from the book Patronymica Britannica regarding this popular Anglo-Saxon last name: “This common surname is doubtless derived from the hoary locks of its original bearer. The Annals of the Four Masters mention an Irishman of distinction who was known as “Colgan of the White Head,” from this personal peculiarity. The French Blancheteste is synonymous. 2. Local: “the white promontory”. The possibility that this could be a surname could be locational, denoting a person who lived at or near the top of a field or other geographic feature, is also mentioned by Henry Harrison in his 1912 book, Surnames of the United Kingdom.

In his 1903 book, British Family Names: Their Origin and Meaning, Henry Barber states the following in regard to the origins of the Whitehead surname: “From the Frisian, Withard; a personal name”.

Some even assert that the name was brought from Germany to England by migrating Anglo-Saxon tribes as early as the 400s AD.

Whitehead Family Mottos
I have identified six Whitehead family mottos and translated them from Latin to English as follows:
1) Dum spiro spero (While I breathe, I hope)
2) Ad finem fidelis (Faithful until the end)
3) Virtute et valore (By virtue and valor)
4) Abyasus ciranum dabat me (??)
5) Cruce non hasta (The cross, not the spear)
6) Virtute et labor (By valour and exertion)

Early Bearers of the Whitehead Surname
The first known bearers of this surname was John Whithaved who was documented in the Pipe Rolls of Leicestershire in 1219 AD. The Hundred Rolls of 1273 AD, a census of Wales and England, known in Latin as Rotuli Hundredorum lists two bearers of this surname: Roger Witheyed (Huntingdonshire) and William Witheyed (Cambridgeshire). Agnes Wythod was listed in the Hundred Rolls of Oxfordshire in 1279 AD. Adam Whytehevde de Hoton was documented in Berwick, Scotland in 1300 AD. Robert Whithede was listed in the manorial records of Sheffield, Yorkshire, England in 1338 AD. The Poll Tax Rolls of Yorkshire in 1379 AD also list three bearers: Adam Whiteheued, Johannes Whittehed, and Robertus Qwytheued. Henry Quhitehede, a burgess of Edinburg, Scotland, was documented in 1423 AD.

Baronet Whitehead
The ancestors of this branch of the Whitehead family tree was freeholders in the parish of Orton, Westmorland, England. George Whitehead (1636-1715) rose to prominence during the Stuart era, and was a Quaker and colleague of William Penn. From him descended John Whitehead of Raisbeck, in the parish of Orton. In 1620, John married Agnes Thompson and had issue with her. His son, John, of Raisbeck, was born in 1629. His son, James Whitehead of Raisbeck, was born in 1665. In 1704, he married Isabella Atkinson of Bretherdaile and had issue. His son, John, was born in 1732 and marries Agnes Taylor. His son, James Whitehead, was born in 1733 and he married Dorothy, daughter of John Farrer of Boulsfield. His son, John Whitehead of Raisbeck, was born in 1765 and married Eleanor, daughter of Robert Wilson of Midfield, and had issue with her. His son, James, was born in 1793. In 1822, he married Agnes, daughter of Robert Atkinson, of Hutton Le Hay, and had children as follows: John Mayor of Appleby and James (created Baroent). The younger son, Sir James Whitehead, 1st Baronet, of Catford, Kent, F.S.A., was a Justice of the Peace, Deputy Lieutenant, Sheriff of London and Middlesex, Lord Mayor, and Member of Parliament for Leicester born in 18134. He was created a Baronet in 1889. In 1860, he married Mercy Matilda, daughter of Thomas Hinds of St. Neots, and had issue with her as follows: 1) Sir George Hugh (2nd Baronet), 2) Sir Rowland Edward (3rd Baronet), 3) Gilbert Hinds (married Helena Emmeline, daughter of Henrt A. Langford of Plymouth, had a daughter named Margaret Joy), 4) Wilfred James (educated at Rugby and Trinity College Oxford, MA., Lieute4nant Colonel of the 6th City London Regiment, served in World War I and wounded, married Dona Margaret Chase, had issue named John Chase and Elizabeth Dona), 5) Leila Isabel Mercy, 6) Florence Marion. He died in 1917 and was succeeded by his eldest son George. This son, Sir George Hugh Whitehead, 2nd Baronet, educated at Clifton College and Trinity College Oxford, M.A., Justice of the Peace, was born in 1861. In 1889, he married Gertrude Grace, daughter of Sir William Ascroft of Overleigh House, and had issue as follows: 1) James Hugh Edendale (educated at Clifton College and Trinity College Oxford, Lieutenant of the Royal W. Kent Regiment, died from disease contracted in World War I), 2) George William Edendale (Clifton College, Lieutenant of the R.F.A, killed in action while flying over German lines in World War I), 3) Christobel (married Pierre de Putron, Jourat of Royal Conrt of Guernsey), 4) Joan Gertude, 5) Sylvia Mercy Ascroft (married Reverend James Walter Herbert Nankivell, had issue). He died in 1931 without male posterity and was succeeded by his brother, Sir Rowaland. Sir Rowland Edward Whitehead, 3rd Baronet, was educated at Clifton College and University College Oxford, and was one of H.M. Lieutenant for City of London, Bencher of Lincoln’s Inn, Justice of the Peace for county Berks, born in 1863. In 1893, he married Ethel Mary Leonie, daughter of Philip H. Rathbone of Greenbank Cottage, and had issue as follows: 1) Sir Philip Henry Rathbone 4th, 2) Gilbert Rathbone (served in World War II, married Joy, daughter of Sydney Rumball, and had issue named Gilia Fleur, Celia Lynette, Anthea Margaret Joy), 3) Hermoine Elfrida Mary (married Major Edmund Kell Blyth, Oxford and Bucks L.I, had issue), and 4) Eileen Isabel (married Thomas Stephen Leach, had issue). He died in 1942 and was succeeded by his son Philip. Sir Philip Henry Rathborne Whitehead, 4th Baronet, was born in 1897 and educated at Clifton College. He was a Leituenant who served in World War I and also served in World War II. He held several other positions. In 1929, he married Gertrude, daughter of John C. Palmer of Wheeling, West Virginia, and had twins with her as follows: Rowland John Rathbone and Peter James Palmer. In 1946, he married Margert Langlands, daughter of E.W. Hickes. The Whitehead coat of arms or Whitehead family crest is blazoned in the medieval art of European heraldry as follows: Per pale azure and sable, on a fesse invected plain cottised or, between three fleurs-de-lis of the last, a fasces erect between two eagle’s heads erased proper. Crest: An eagle, wings expanded, proper, each wing charged with a fasces erect or, supporting with the dexter claw an escutcheon of the arms. Motto: Virtute et labote. This family resided at Culham Home Farm, Abingdon, Berkshire, and Sotik, Kenya Colony.
Sir Rowland John Rathborne Whitehead (5th Baronet, 1930-2007, merchant banker, spoke 8 languages)
Sir Philip Henry Rathbone Whitehead (6th Baronet, 1957)

Whytehead of Crayke
The lineage or genealogy of this branch of the family tree begins with the ancestors of the family Whithead or Whtyehead who lived for several hundred years in Titherley and Norman Court, Hants, England. William Whytehead was born in 1608 and he lived in Yorkshire after the Restoration. He died in 1681. His son, William, was born in 1632 and he had a son named Thomas. Thomas Whytehead was born in 1688 and was chief masgistrate for the borough of Scarbough in 1737 (his brother William was lord mayor of York in 1734). He died in 1739. His son, Thomas Whytehead, was born in 1697, and he married Jane, daughter of William Ogle Esq. of Flambro, and had two sons with her: William and Henry (had son also named Henry). The elder son, William, was Reverend of Hornses, county York, born in 1729. He married Rachel, daughter and heir of Henry Yates Esq. of Easingwold, and had issue as follows: William (of Eastingwold, LL.B., Deputy Lieutenant), Henry Robert (see below), Margaret, and Rachel. Reverend Henry Robert Whytehead, B.A. of Thornmansby, county York, England, was born in 1772. In 1808, he married Hannah Diana, daughter and heiress of Reverend Thomas Bowman, and had issue with her as follows: Henry Yates (discussed below), Robert (M.A., in hold orders, rector of All Saints, married Harriet Paterson Fraser, had William and five daughters, later married Henrietta Dodsworth), William (married Frances, daughter of Reverend T.D. Wastell of Risby, had sons named Thomas Bowman, William Wastell, Henry Robert, John Wastell, and Hugh Edward, as well as three daughters), Thomas (in holy orders, M.A., chaplain to the bishop of New Zealand), Jane (married George Overton Esq. of Scarboro), Anne (married Robert George Boulton Esq. of Beverly), Margaret, and Rachel. He died in 1818. Henry Yates Whytehead was an Esquire of Crayke, county York, England, as well as Justice of the Peace and M.D. who was born in 1804. In 1833, he married Anne Mary, daughter of Benjamin Wilson Esq. of Little Broughton, and had issue with her as follows: Robert Yates, Alfred, Mary Sarah, Carolina, and Jane Elizabeth. The Whytehead coat of arms is blazoned as follows in heraldry: Azure, a fesse argent, between three fleurs-de-lis, or. Crest: A fox sejant, argent. This family is seated at Crayke, in the North Riding of Yorkshire, England.

Notables
There are hundreds of notable people with the Whitehead surname. This page will mention a handful. Famous people with this last name include:
1) Alfred North Whitehead (1861-1947) was an Anglo-American philosopher and mathematician born in Ramsgate, England who is best known for his school of thought known as process philosophy, and also spoke about other topics such as theology, economics, biology, and psychology.
2) Alan Whitehead (1956) was an English soccer (football) player from Bury, England who played for seven different teams from 1977-1989 including Bury, Brentford, and York City
3) Axle Whitehead (1980) is an Australian actor, singer, musician, and TV host born in Melbourne, Victoria, having roles in The Wall and Home and Away
4) Ruben Angus “Bud” Whitehead (1939) was a defensive back in the NFL, playing for the San Diego Chargers from 1961-1968, born in Marianna, Florida
5) Burgess Urquhart Whitehead (1910-1993) was a professional baseball player in the MLB from 1933-1946, having played for the St. Louis Cardinals, New York Giants, and Pittsburgh Pirates, born in Tarboro, North Carolina
6) William Whitehead (1715-1785) was an English playwright and poet, born in Cambridge, who became Poet Laureate in 1757
7) Stuart David Whitehead (1976) was an English football (soccer) player who played from 1994-2013, for several different teams, including the Bolton Wanderers and Carlisle Union, born in Bromsgrove, England
8) Thomas Whitehead (1825-1901) who was a member of the US House of Representatives for Virginia from 1873-1875, born in Lovingston, Virginia
9) Robert Whitehead (1823-1905) was an English engineer who developed the first self-propelled naval torpedo, born in Bolton, Lancashire
10) Joseph Whitehead (1867-1938) was a member of the US House of Representatives for Virginia from 1925-1931 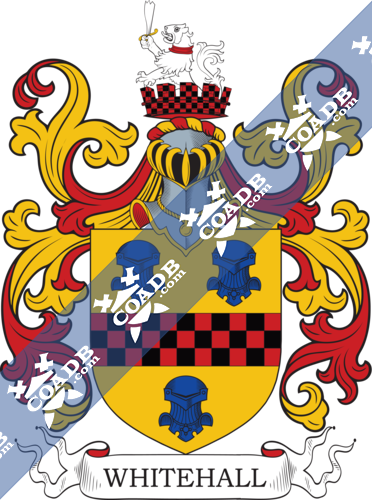 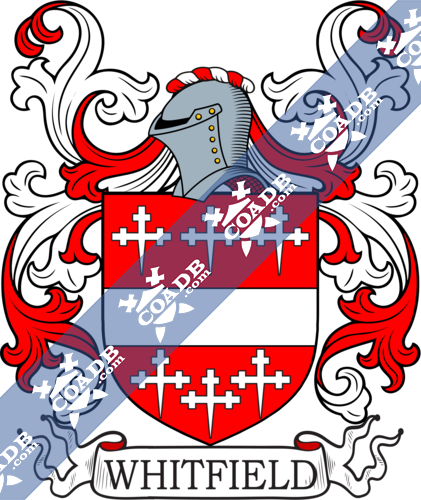