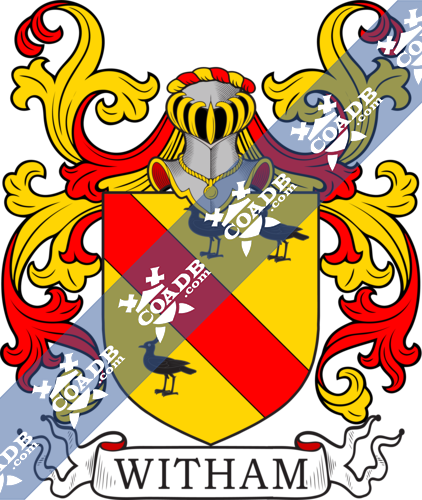 1) (Lartington Hall, co. Tork; Henry Witham, Esq., of Cliffe, had two sons, William, who inherited Cliffe, but d. s. p., and Thomas, of Headlam, co. Durham, who had a dau., Eliza, who m. Henry Silvertop, Esq.; on the decease of her uncle, Mrs. Silvertop inherited, under that gentleman’s will, the estate of Cliffe, when her husband assumed the name and arms of Witham). Motto—Optima merenti. Or, a bendlet gu. betw. three eaglets sa. Crest—Oat of a ducal coronet or, a demi woman, hair dishevelled ppr. holdint; in the dexter hand a gem-ring or.
2) (Boston, co. Lincoln). Sa. two roses in chief ar. in base a crescent or. Crest—Out of a ducal coronet or, a demi peacock displ. az.
3) (Goldesborough, co. York, bart., extinct 1689; John Witham, or Wytham, Esq., of Goldesborough, was so created 1683, d. s. p. six years after). Or, a bendlet gu. betw. three eaglets sa.
4) Sa. a fess betw. three cinquefoils or. Crest—A cubit arm erect vested az. cuffed ar. holding in the hand ppr. a cinquefoil stalked or.
5) Ar. two roses gu. in base a crescent of the second.
6) Sa. an inescutcheon betw. three mullets ar. 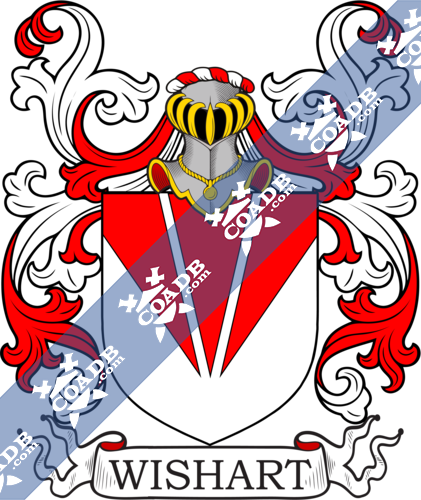 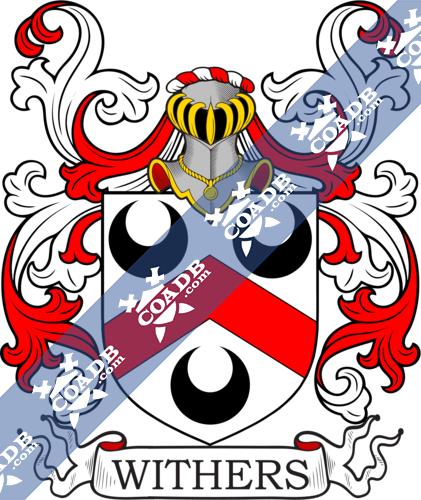