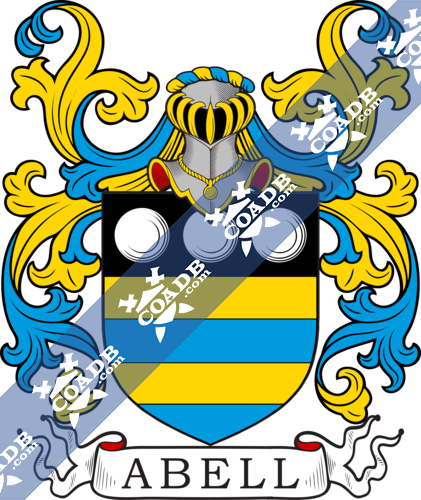 This interesting and unusual surname is Anglo-Scottish.  It mainly introduced by returning 12th-century Crusaders and pilgrims from the Holy Land.  ‘Abel’ originates from the Hebrew given name ‘Hevel’ meaning ‘breath or vigour’, and was presumably a name of affection or possibly a nickname.  As a personal name ‘Abel’ (Hevel) borne by the son of Adam, who was killed by his brother Cain.  It was very popular as a given name in Christendom during the Middle Ages, when there was a cult of ‘suffering innocence’ which Abel described. More common variations are: Abella, Abello, Abelli, Abelie, Abelle, Abelly, Ajbell, Aibell, Abbell, A’Bell, Aubell.

The surname Abell was first found in the divisions of Kent, Derbyshire and Essex. ” Abell was also an Essex family, although branches spread into the divisions of Kent and Derby.”  The very first recorded spelling of the family was shown to be that of William Abel,  dated 1197, in the Pipe Rolls of the County of Essex. It was during the reign of King Richard I, who was known as “The Lionheart”, dated 1189-1199.  Surnames all over the country became a necessity with the introduction of personal taxation.  It came to be known as Poll Tax in England. 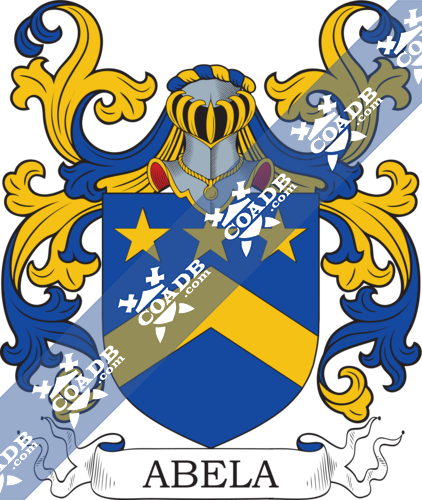 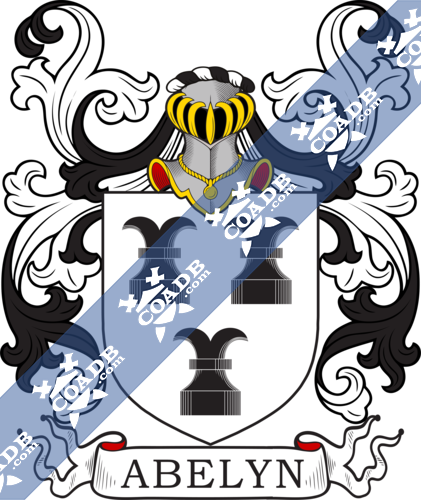