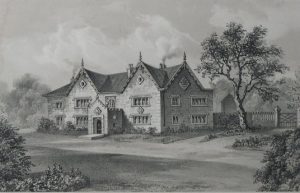 Buckley Surname Name Meaning, Origin, History, & Etymology
There are four known sources to this common last name. First, in England, it was habitational or locational name referring to a person who was from a place so named, of which there were many in England, such as Buckley and Buckleigh in Devon, as well as a parish in the Diocese of St. Albans and a township in Cheshire. The name derives from the Old English word bucc, meaning buck or male dear, or bucca, meaning he-goat, and the word leah, meaning woodland clearing. Other suggest it meant a “bullock pasture”. Second, in England, it may be a spelling variant of the surname Bulkey. Third, in Ireland, it served as an Anglicized form of the Gaelic last name O’Buachalla, meaning descendant of Buachill, an old personal (first) name meaning cowherd, servant, or boy. In his 1964 book, A Guide To Irish Names, Edward MacLysaght stated the following in regard to this last name: “The numerous English name Buckley is used as the normal anglicized form of Ó Buachalla, a sept located in mediaeval times in Offaly, where it is still extant as Buhilly and Boughla, Buckley is now found mainly in Co. Cork and Tipperary”. Fourth, in some instances, it is an Anglicized or Americanized spelling of the German surname Buchler, Buechler, Buchle, or Buechel. 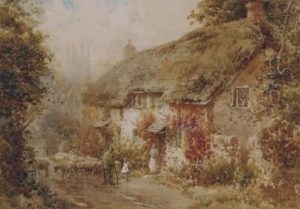 Popularity & Geographic Distribution
The last name Buckley ranks 772nd in popularity in the United Status as of the 2000 Census. The name ranks particularly high in the following three states: Massachusetts, Mississippi, and New Hampshire.

Henry Brougham Guppy’s 1890 book Homes of Family Names in Great Britain states the following in regard to this last name: “The Buckleys of Cheshire have been for probably 200 years in the parish of Mottram – in – Longdendale (E.). The name is at present best represented on and near the Lancashire border in the vicinity of Manchester, but it is also established in the counties of Derby, Lancashire, Stafford, Worcester, and in the West Riding”.

Early Bearers of the Surname
The Hundred Rolls of 1273 AD, a census of Wales and England, known in Latin as Rotuli Hundredorum lists two bearers of this surname:  David de Buckelay and Michael de Bokele, in Yorkshire and Suffolk, respectively. The Lay Subsidy shows Christian de Bukkelegh in Lancashire in 1332 AD. The Register of the University of Oxford lists Abraham Buckley in Lancashire in 1589. 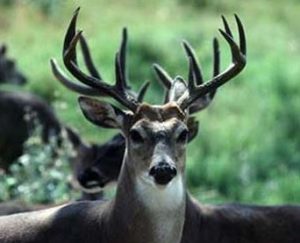 Male Deer, known as a Buck

Buckley of New Hall
The lineage or ancestry of this branch of the Buckley family tree traces back to Edward Buckley, who descended from a Welsh family, and supposedly shared a common ancestry with Lords Bulkeley. He died in 1730 and left fours sons. His youngest son, Perry Buckely, was an Esquire of Winkfield Place, Berks. He married Martha, daughter of William Batt of New Hall, and had a son with her named Edward. This son, Edward Pery Buckley, was an Esquire of Woolcombe Hall, Dorset, and Minesteed Lodge, Hants, who was born in 1760. He was a Lieutenant Colonel of the South-West Hants Militia. In 1782, he married Lady Georgina West, daughter of John, 2nd Earl De la Warr, and had issue with her as follows: 1) Edward Pery of New Hall, 2) George Richard, 3) Reverend Henry William (Rector of Hartshorn, county Derby, married Charlotte Margaret, eldest daughter of Sir John Johnstone, Baronet, had issue named Charles Edward, Georgiana Elizabeth, Henrietta Janet, Lilias Charlotte, and Georgiana Henrietta). Colonel Buckely was filled the office of the Groom of the Bedchamber to King George III for 30 years. He died in 81 and was succeeded by his son Edward. This son, General Edward Pery Buckley, of New Hall, was a Justice of the Peace, Deputy Lieutenant, and Member of Parliament for Salisbury who was born in 1796. In 1828, he married Lady Catharine Pleydell-Bouverie, daughter of William, Earl of Radnor, and had the following issue with her: 1) Alfred (see below), 2) Edward William (born 1829), 3) Duncombe Frederick Batt (Lieutenant and Captain Scots Fusilier Guards, died in the trenches before Sebastopol), 4) Reverend Felix John (born 1834), 5) Victor (married Mary, daughter of Admiral Sir James Stirling, had issue named Wilfred Stirling and Kathleen Mary), and 6) Frances Gertrude. General Buckley was for 21 years Equerry to the Queen of England. He also served in the Peninsula and at the Battle of Waterloo where Napoleon was defeated. His son, Alfred Buckeley was an Esquire of New Hall, county Wilts, a Justice of the Peace, and Deputy Lieutenant born in 1829. In 1858, he married Geraldine Mary, daughter of Captain George St. John Mildmay of the Royal Navy, and had five children with her as follows: 1) Edward Duncombe Henry (born 1860), George 2) Alexander Mildmay (born 1863), 3) Christine Mary, 4) Winifred Rosa Isabel, and 5) Elizabeth Ursula. The Buckley Coat of Arms for this branch of the family tree is blazoned in the medieval art of heraldry as follows: Sable, a chevron between three bulls’ heads cabossed argent. Crest: Out of a ducal coronet or, a bulls’ head argent armed of the first. Motto: Nec temere nec timide. The family was seated at New Hall, Salisbury, England (once part of Great Britain).

Buckley of Ardwick and Grotton Hall
This family lived for generations at Grotton Head and at Lidgate, in Saddleworth, county York, England. John Buckley, Esq., son of Edmund of Lidgate, married Mary, daughter of James Lees of Lane, and had issue with her as follows: Edmund (see below), John, James, Ralph (married Ms. Hadfield), Sarah (married to John Shaw), Susannah (married James Wilksonson of Stanleybridge), and Elizabeth (married Walter Whitehead).  His son, Edmund Buckley, was an Esquire of Ardwick, county Lancaster, Grotton Hall, county York, and Dinas Mowddwy, county Merioneth (Wales), was born in 1780. He was a magistrate for Lancashire, as well as for the city of Manchester and for Merionethshire. He served in Parliament in 1841 for Newcastle-under-Lyme. He also served as a High Sheriff of county Merioneth, Wales, in 1858. This branch of the family tree was seated at Ardwick, Manchester and Grotton Hall, Saddleworth.

James Buckley was born in Crompton, Lancashire, England, prior to 1635 and passed away before 1701. He had a son named Abraham. His son, Abraham Buckley, was born in Oldham, England, around 1661. He married Jane Leach and had a son with her, also named Abraham. This son Abraham was born in Oldham, England in 1702. He married twice: Mary Bamford and Elizabeth Fitton. He had the following issue: James, Mary, Betty, Abraham, Isaac, Jacob, Jane, John, and Abigail. His son, Jacob Buckley, was born in Milnrow, Lancashire, around 1734. He married Mary Nield and had a son with her named George. George was born in Shaw, Lancashire around 1762. In 1785, he married Martha Bashlor and had three issue as follows: James, Mary, and Betty. His son James Buckely was born in Shaw, England in 1786. In 1805, at St. John’s Church in Halifax, Yorkshire, he married Mary Hitchen. He was indicated for stealing and found guilty of larceny. He was transported to Australia in 1818. He had the following children: Abraham, George, Sarah (Pike), Mary (Duffey), Elizabeth (Wall), Ann Sarah Kershaw, Jane (Hallwell), Martha (Kennedy), James, and William Henry. His son James was born in Syndey, New South Wales in Australia in 1825. He married Ellen Reynolds in 1852 and had three issue with her: Sophia Jane (McLaughlan), Maria, and Martha (Murrell). 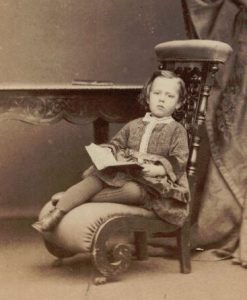 Richard Buckley Sr. was born in Warwickshire, England around 1658. He married Anne Tunekes and had two sons with her: Richard Jr. and John. His son Richard Jr. was born in Lancashire around 1700. He married Prudence Butler and had a son with her. This son, Butler Buckley, was born in London, England in 1725. He went to colonial America where he married Elizabeth Story (who was born in Wales) in 1760 in Culpeper, Virginia. He had the following children with her prior to his 1819 death in Georgia: James, Prudence (Odom), Daniel, Edward Sr., Martha (Bell), James, Bartlett, Nathan, Thomas, William, and Benjamin.

Early American and New World Settlers
The book Genealogical Guide to the Early Settlers, mentions one bearer of this last name: Joseph Buckley of Boston, a merchant by trade, who married Joanna, daughter of Richard Shute, and had (at least) the following children with her: Joseph, Richard, and Thomas.

Early Americans Bearing the Buckley Family Crest
Charles Bolton’s American Armory (1927) and Matthew’s American Armoury and Bluebook (1907) do not contain any entries for this name. However, Crozier’s General Armory (1904) contains one entry for this last name: Phineas Buckley of Philadelphia in 1713, originally from London, England. Arms: Argent, a chevron between three bull’s heads cabossed sable. Crest: Out of a ducal coronet or, a bulls’ head argent, armed of the first. Motto: Nec temere, nec timide.

Grantees
We have 13 coats of arms for the Buckley surname depicted here. These 13 blazons are from Bernard Burke’s book The General Armory of England, Ireland, and Scotland, which was published in 1848. The bottom of this page contains the blazons, and in many instances contains some historical, geographical, and genealogical about where coat of arms was found and who bore it. People with this last name that bore a Buckley Coat of Arms (or mistakenly called the Buckley Family Crest)
1) Edmund Buckley of Ardwick, county Lanc., father of Edmund and Joseph, 1863
2) Edmund Peck, formerly Buckley, of Dinas Mawddy, county Merioneth, Wales, and county Lanc. England, 1863
3) Joseph Buckley, M.A., Vicar of Tor Moham, county Devon, Rector of Sopworth, county Wiltshire and county Lanc., 186(?).
4) Burton H. Buckley, Q.C., of Lincoln’s Inn, London, England, 1894.
5) Henry Bucket of Barling’s Abbey, granted 4 December 1564 AD by G. Dethick. 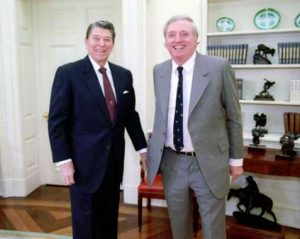 Notables
There are hundreds of notable people with the Buckley surname. This page will mention a handful. Famous people with this last name include: 1) William Frank Buckley Jr. (1925-2008) was an author and commentator considered to the father of modern American conservativism, born in New York City, having been known for his founding of the magazine National Review and for his appearances on Firing Line (1966-1999), 2) Walter Buckley (1906-1985) who was an English soccer (football) player who was born in Ecclesall, Sheffield, and played for several different teams (including Arsenal) from 1923-1936, 3) Betty Lynn Buckley (1947) who was an American film, TV, and stage actress and singer who was born in Big Spring Texas, known for her series Eight is Enough, which ran between 1997-1981, 4) Delron Sebastian Buckley (1977) who was a South African football (soccer) player from Durban who played from 1995-2014, 5) Richard D. Buckley (1858-1929) who was a baseball player in the MLB who played from 1888-1895 for four different teams (including the New York Giants and Philadelphia Phillies), born in Pittsburgh, Pennsylvania, 6) James Richard Buckley (1870-1945) who was a Chicago alderman and member of the U.S. House of Representatives from Illinois between 1923-1925, 7) Jeffrey Scot Buckley (1966-1997) who was an American singer-songwriter and guitarist from Orange, California known for several records, as well as his cover of Leonard Cohen’s song “Hallelujah”, 8) John A. Buckley (1933-2009) who was the Mayor of Melbourne, Florida from 1996-2004, born in Detroit, Michigan, 9) Alexander Henry Buckley (1891-1918) was an Australian soldier born in Gulargmbone, New South Wales who fought and died in World War I, and received a Victorian Cross, the highest award for gallantry in the face of the enemy in the British and Commonwealth forces, and 10) Mortimer J. “Tim” Buckley (1969) who was an executive at the Van Guard Group, born in Boston, Massachusetts and educated at Harvard College and Harvard Business School. 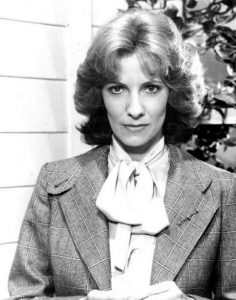 For more information on the Buckley family genealogy, see this book. 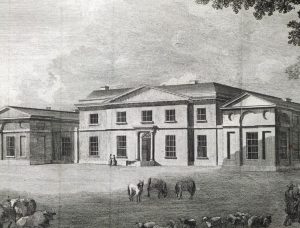 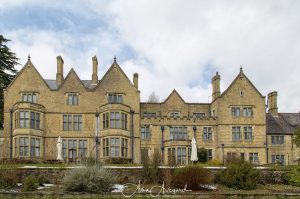 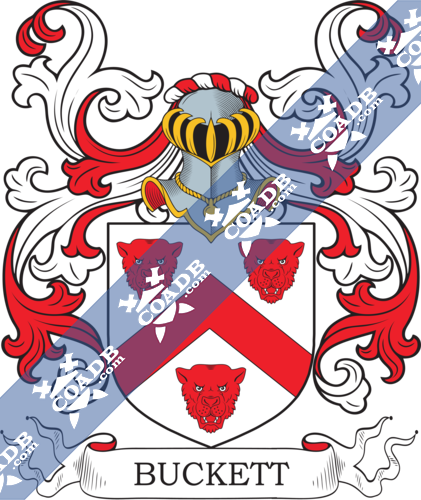