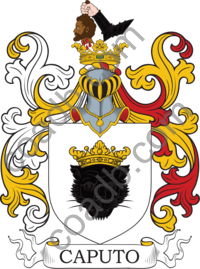 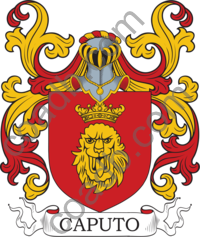 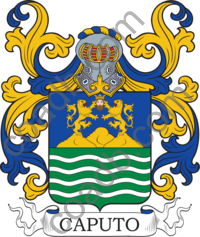 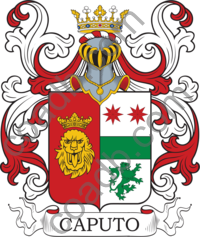 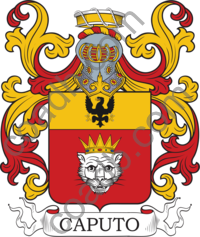 Salvatore Caputo commented on 07-Mar-2018
For Origin, Meaning and Family History of the Caputo Name, see : https://www.houseofnames.com/caputo-family-crest http://www.ilportaledelsud.org/cognomi_c1.htm http://www.4crests.com/caputo-coat-of-arms.html https://www.heraldrysinstitute.com/lang/en/cognomi/idc/18888/ The Caputo Lineage, ancient original Noble Family of Naples, enjoyed Nobility in the Seat of Porto, and also in the Seats of Nido, Montagna and Portanova. The Caputo family was enrolled also to the Seat of Noble “the First Public square” of Catanzaro, Cosenza and Tropea, to the seat of Port' Ercole, Imola, Narni, Foligno, Venosa, Eboli, Massalumbrese, Altamura and Venice. In XVI century was enrolled to the Seat of Venosa. Between the XVII and XVIII century in Saponara. The Caputo family branches were dispersed out in other parts of Italy, and were received several times for justice in the Order of the Knights of Malta and owned several estates, including the Marquess of Cerveto and Petrella from 1583, Emperor Charles VI, with diploma 1724, Caputo was invested with the title of Duke. The Caputo had the Lordship of 15 feudal, (Bagnoli, Belvedere, Calopezzati, Carovigno, Castle of Peter, Cuma, Foccia, Gifuni, Mattafellone, Roccaromana, Sacco, Sanfelice, Sansosti, Santomango and Tito) Count of Montefortino and Capizzi, Marquis of Cerveto and Petrella, the Duchy of Turano and the Principality of Calopezzati.
Share with: