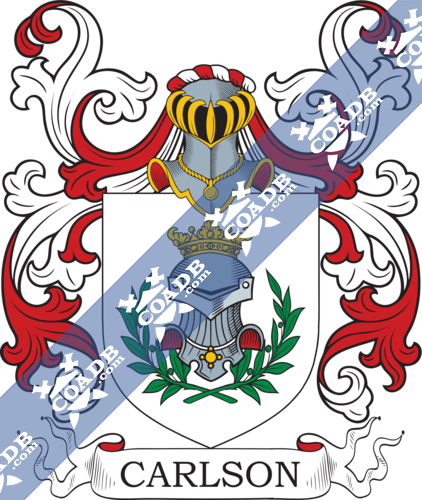 German, Scandinavian meaning relationship name from the personal name of Carl or Karl + sohn ‘son’. It is derived from the Germanic personal name of Carl which means man. Otherwise the son of Carl (man). Possibly originated with the immigration of German miners into the countries of Norway, Sweden and Denmark in the 16th century.

Carlson has Germanic origins and originates from the personal name of Karl or Carl meaning ‘man’, later during the medivial period it was latinized to Caolus and Charles. It was introduced into England by the Norman-French after the invasion of 1066, but did not become popular until the Stuart period around 1603. It was introduced into Scotland by the Stuarts during the 15th century. Another possible origin of the name is Anglo-Saxon which comes from the word ‘ceorl’ meaning a farmer or bondsman. 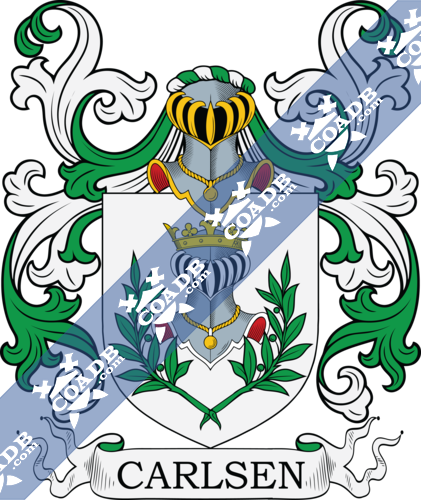 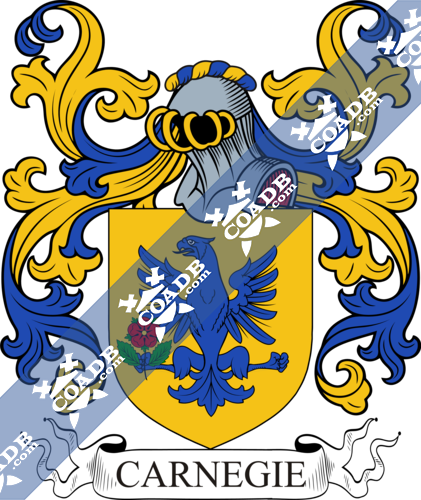