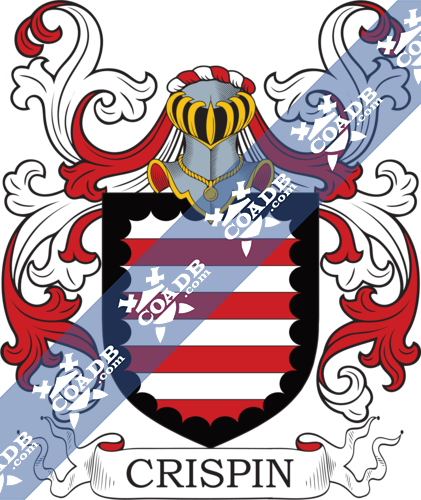 This surname derives from St. Crispin, the patron saint of cobblers, tanners, and curriers who lived in the third century AD in Rome. It is a Norman-French name originally. A Milo Crispin, a tenant in chief, was recorded in the Domesday Book from 1086 AD. It derives from an Old French or Middle English personal name Cripis, the Latin equivalent being Crispinus, meaning “curly haired”.

A famous early American notable was Captain William Crispin (1627-1681) who served under the English army under Oliver Cromwell, and was later appointed a Commissioner of the colony of Pennsylvania by William Penn. He has four children: Silas Crispin (1655-1711) who lived in London and Philadelphia County who married Easter Holme, Ralph Crispin, who married Anne Millner and lived in Ireland, Rebecca Crispin who married Edward Blackfan and lived in Sussex, and Rachel Crispin to Thomas Armstrong. 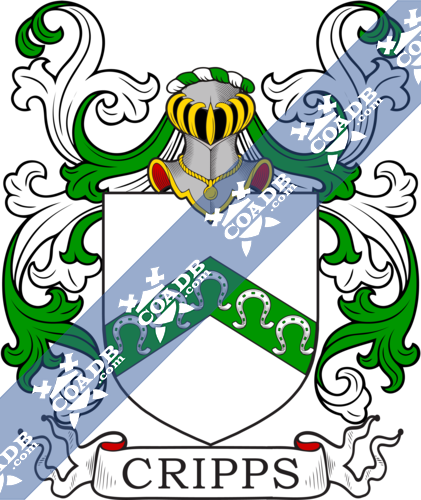 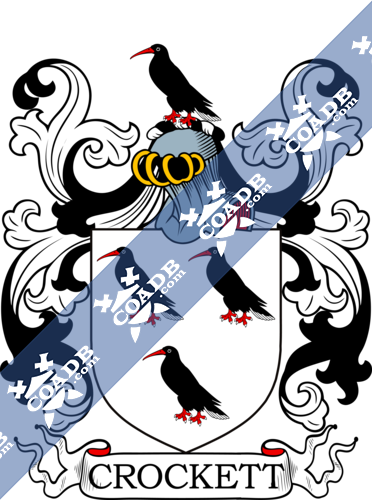