This interesting and unique name is listed as Danford, Danforth, Denford, and Denforth. It is an English regional surname. It acquires from either of the two hamlets named as Denford in the districts of Northamptonshire and Berkshire, or Danesford in the division of Shropshire. The name perhaps means the “Ford in the Dale” from the pre 7th century words “denu”, which means a dale or valley, and “forda”, which means a not deep river crossing with a strong bed, though the Danes Ford is also possible, mentioning an area under Danish Viking rule. The first registration is Dorf Denford in Berkshire in the Saxon Rolls of the year 678, the Northants hamlet listed in the popular Domesday Book of the year 1086 as is the Shropshire hamlet. The surname provided firstly to the king of the castle and his champions, and after that to old villagers who moved elsewhere frequently in the old times, for the search of work. When this occurred, would often be named by the name of their old Hamlet, as an easy source of recognition.

The surname Danford first appeared in Suffolk where they held a family seat as kings of the castle. The Saxon impact of English history declined after the conquest of Hastings in 1066. French was the language of court for the next three centuries, and the Norman rule overcame. But Saxon surnames remained, and the family name was first introduced in the 13th century when they held lands in that shire.

The very first recording spelling of the family was shown to be that of Walter de Deneford, of Northamptonshire, dated about 1293 to sarra de Danford, in the record of “Placita de Quo Warranto.” It was during the time of King Edward I, who was known to be the “The Hammer of Scots,” dated 1272-1307. The origin of surnames during this period became a necessity with the introduction of personal taxation. It came to be known as Poll Tax in England.

People with the surname Danford who settled in the United States in the 18th century included John Danford arrived in America in 1718.

Lorenzo Danford was an American Congressman from Ohio.

Harry Danford is a political leader in Ontario, Canada.

David Joel Danford was born June in 1984, and is a British percussionist.

Bendy of six gu. and or, a chief az. Crest—A man in a military habit ppr. holding a flag displ. az. 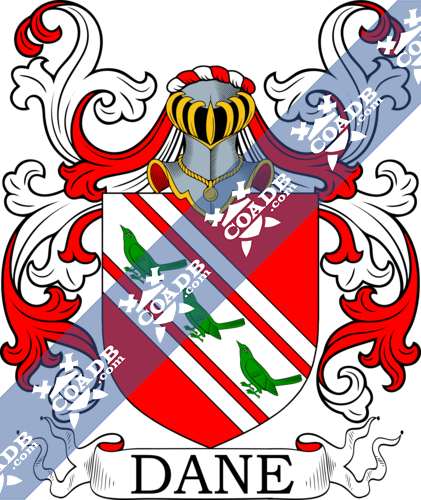 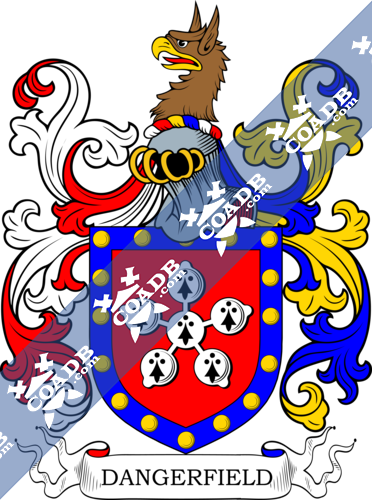