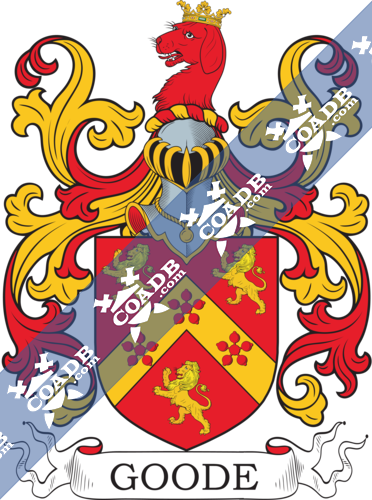 Goode is an English surname which has its roots in post Roman Britain. The Roman empire fell in in the late fifth century, only to be slowly replaced with successive waves of Angles, Jutes and Saxons who rolled through central England and placed their stamp upon the language we know as English. Goode, Good, Gud Godt, are all variations of the Anglo-Saxon name for ‘God.’ Variations of the name evolved to Goodfellow, Goodson, and Goodbody all evolved from the surname of Goode.

The variations are explained by the lack of rules imposed upon the language usage at the time. By the time of Alfred the Great, most surviving documents of the ninth century onward were written in the Wessex English dialect, which until William the Conqueror and the Norman invasion of 1066 AD, had been recorded in English. English documents declined in the court, as Anglo-French was imposed upon all documents at that time, but the imposed tax rolls from the 13th century forward were composed in English, with Latin and French subtext. In the medieval period from the seventh century forwards, the appellation of “Good Man or Good Woman,” was a compliment to be given to a person of free status. By the time of the 14th century most people in England, and the lowlands of Scotland had become fixed and inherited.

One of the earliest recorded Goode surname is Richard Goode, who is listed in one of the first “Herald’s Visitation of Cornwall,” dated to the middle of the 14th century. His descendants lived in the southwest of England for ten generations. The next recorded Goode is the grandson of Richard Goode, named William, who appears on the Whitstone Muster list as a man-at-arms, and fought in the retinue of the knight Sir William Phelipe at the Battle of Agincourt under the command of Henry V. A man-at-arms was a commoner who had enough monetary capital to afford to have the same armour, equipment and horses a knight would have, without the added military obligation of having to provide multiple people so equipped to fight under his banner. This economic level in medieval society eventually led to the landed gentry or country esquire status. In the modern world, this is on of the first instances of a middle class soldier, farmer, land owner.

By the end of the 15th century the surname Goode had spread throughout a large portion of England. With the change came a change in the spelling. Good as a surname appeared for the first time, in places such as Oxford, Surrey and Hampshire. While in Warwick, Gloucester and Cornwall the original spelling remained.

Richard Goode the eight times grandson of the first Richard, married Isabel Penkeville, an eight times removed granddaughter of Lord John Penkeville who was given his estate in 1322 by King Edward II. They were married in Cornwall in 1558. The Goode surname has a long history with history with the region. In the Visitation of Cornwall of 1620 Richard Goode of Wheaton was recorded as having had a coat of arms registered to him and his family. As described it is, Gules (red) on a chevron. between. three lions rampant, or (gold), as many cinquefoils of the first. Crest-A Talbot’s head erased Gules (red.) Ducally crowned or (gold.)

The first recorded Goode to arrive in North America was one Thomas Goode, listed as a man servant crossed the Atlantic on the ship “Bevis” he landed in Massachusetts in the Salem settlement in 1638. Many of the first generation of immigrants to the new world, if they did not have sufficient capital to pay for their crossing, often entered into a legal document called a letter of indenture, where they agreed to work for room and board in lieu of wages. These terms were agreed to by both parties and only lasted for a set number of years.

John Goode left Cornwall for Barbados in 1643 and then crossed to Virginia in 1650 to settle outside of Richmond Virginia, in a plantation he named Whitley, after his home in England. He died in 1700. It is from John Goode, a large number of the Virginia Goode family are descended from today.

Notable Personages and Royalty associated with the surname of Goode:

Places associated with the surname of Goode:

(Whitstone, co. Cornwall; the heiress to. Badcock. Visit. Cornwall, 1621). Gu. on a chev. betw. three lions ramp. or, as many cinquefoils of the first. Crest—A talbot’s head erased gu. ducally crowned or. 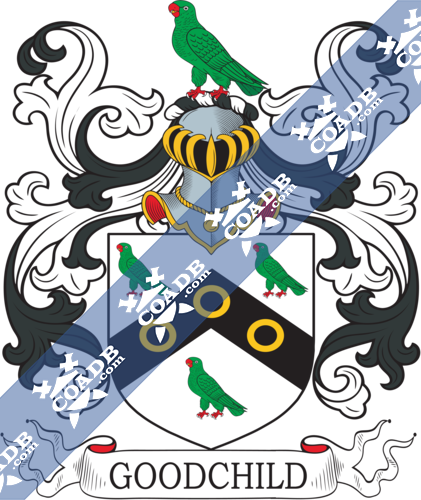 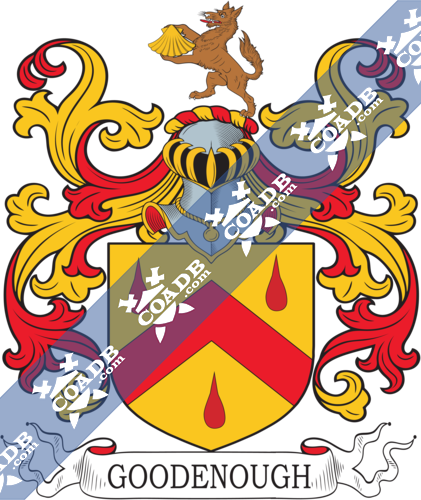