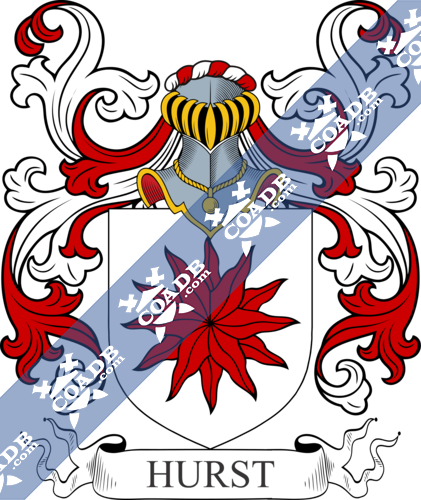 Hurst Surname Name Meaning, Origin, History, & Etymology
This is an English or Anglo-Saxon topographic last name referring to a person who lived or was from a wooded hill, from the Old English word hyrst. It could also be a habitational name for a person who lived in one of several places in Britain such as Hurst in Kent, Berkshire, Somerset, and Warwickshire, or Hirst in West Yorkshire and Northumberland.  In Ireland, it cane be a re-Anglicized in the form of de Horsaigh, a Gaelicized form of the English name Horsey, which spread to Ireland in the 1200s AD. Lastly, in some cases, it’s German name deriving from the Middle High German word hurst, meaning thicket or woodland.

Spelling Variations
Some spelling variants or names with similar etymologies include Hyrst, Herst, Hirst, and Hurste. Some surnames also contain the name Hurst within them: Ashurst, Bathurst, Parkhurst, Dayhurst, Bringhurst, Billinghurst, and Duhurst.

Popularity & Geographic Distribution
The last name Hurst ranks 702nd in popularity in the United Status as of the 2000 Census. The name ranks particularly high in the following seven states: Tennessee, Arkansas, Utah, Oklahoma, Indiana, Alabama, and Kentucky. The surname Hurst frequency/commonness ranks as follows in the British Isles: England (446th), Scotland (1,112th), Wales (777th), Ireland (2,023rd) and Northern Ireland (1,341st). In England, it ranks highest in Leicestershire. In Scotland, the surname ranks highest in Roxburghshire. In Wales, it ranks highest in Radnorshire. In Ireland, it ranks highest in county Mayo. In Northern Ireland, it ranks highest in county Fermanagh. The name is also present throughout the remainder English speaking world:  Canada (1,498th), New Zealand (715th), Australia (729th), and South Africa (4,027th). Henry Brougham Guppy’s 1890 book Homes of Family Names in Great Britain states the following in regard to this last name: “The Lancashire Hursts have taken the name of a town in the county”.

Early Bearers of the Surname
One of the first documented bearers known to history was Thomas de Herst who was recorded in the Domesday Book of England (a survey of England and Wales ordered by William the Conqueror) in 1086 AD. Helias de Hirst of Yorkshire was listed in the records of the Knights Templars in 1177 AD. Walter del Hurst was documented in the Pipe Rolls of Buckinghamshire in 1236 AD. The Hundred Rolls of 1273 AD, a census of Wales and England, known in Latin as Rotuli Hundredorum lists two bearers of this surname: Iyode Hirst and Richard de Hirst (both in Huntingdonshire). Roger del Hurst was documented in the Assize Rolls of Lancashire in 1246 AD. John ate Hurst was documented in the Writs of Parliament in 1302 AD. The Poll Tax of 1379 AD lists several bearers in Yorkshire: Agnes del Hyrst, Willelmus del He’rst, Adam del Hyrst, and Willelmus del Hirst. Early baptisms include John, son of Robert Hirst, and Mary, daughter of Robert Hurst, at St. James Clerkenwell in London, in 1614 and 1617, respectively. 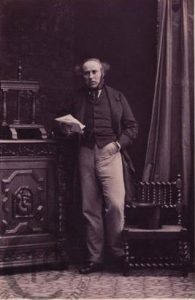 Hurst of Horsham Park
Robert Henry Hurst was an Esquire of Horsham Park, county Sussex, and of Barrington Grove, county Gloucester, Englnad, as well as a Justice of the Peace, Deputy Lieutenant, Barrister-at-Law, Member of Parliament who was born in 1817. In 1859, he married Matilda Jane, daughter of James Scott of The Nunnery, and had children with her, including Robert Frederick Beynton Greenaway (born 1865). Robert was the son of Robert Henry Hurst, Esquire of Horsham Park and Member of Parliament, and Dorothea Breynton of Haunch Hall. The Hurst family crest for this branch of the family tree is blazoned in the medieval art of heraldry as follows: Quarterly, ermine and or, a sun gules. Crest: An oak tree proper. Motto: Libertas sine licentia.

Hurst of West & North Ridings
Joseph Stancliffe Hurst was an Esquire and Justice of the Peace for West and North Ridings of county York, England. His armorial bearings are blazoned in heraldry as follows: Quaterly, per pale and indented gules and sable, a sun in splendor or, in the first and second quarter a dragon’s head erased of the last. Mantling: gules and or. Crest: Upon a wreath of the colours, a dragon with wings elevated or, semee of crescents sable, resting the dexter claw upon an escutcheon of the last charged with a sun in splendor as in the arms. Motto: Lux tua vita mea.

Hurst of Littleborough
Walter Hurst, a Gentlemen from England, son of Henry Hurst of Littleborough, Lancs., came to the United States. He bore this arms: Per bend gules and sable, on a bend or between a sun in base proper, four trefoils slipped vert. Mantling: Gules and or. Crest: On a wreath of the colours, in front of a demi-sun in splendor, the stump of a tree sprouting to the dexter, thereon a thrush all proper. Motto: Virtute et labore.

Tobias Hurst, age 22, came to colonial Virginia in 1618 aboard the Treasurer. William Hurst came to American aboard the Adventure in 1679. Other settlers in colonial America bearing this surname include Gilbert Hurst (Virginia 1649), Elizabeth Hurst (Maryland 1660), Richard Hurst (Maryland 1668), John Hurst (New England 1720), and Jonathan Hurst (Philadelphia 1746). For more information about the Hurste family from Leckhemstead, this website serves as a great resource.

In Canada, one of the first settlers bearing this last name was Joseph Hurst, a farmer aged 28 years, came to Saint John, New Brunswick aboard the Leslie Gault in 1833. In Australia, John and Joseph Hurst, convicts from Suffolk and Warwick, England, respectively, came to New South Wales aboard the Ann in 1809. In 1823, William Hurst, a convict from Cambridge, England came to Van Diemen’s Land (present day Tasmania) aboard the Asia. In New Zealand, in 1840, the following bearers of this name arrived in the city of Wellington aboard the Bolton: William, Mary Ann, Amelia, Alfred William, and Alexander Hurst.

Grantees
We have 19 coats of arms for the Hurst surname depicted here. These 19 blazons are from Bernard Burke’s book The General Armory of England, Ireland, and Scotland, which was published in 1848. The bottom of this page contains the blazons, and in many instances contains some historical, geographical, and genealogical about where coat of arms was found and who bore it. People with this last name that bore an Hurst Coat of Arms (or mistakenly called the Hurst Family Crest)
1) J.S. Hurst of Copt Hewick Hall, county York, 1887
2) John Hurst of Welbury, county Herfordshire, 1 March 1715
3) William Hurst of Hinckley, county Leic., 1763
4) Palmer Hurst of Walton-upon-Thames, county Surrey, 31 March, 1788
5) John Hurst of Wakesfield Hold, Helmsley, county York, and London
6) Thomas Toller Hurst, son of Thomas Stamford, Rector of Braceborough and Carlby, county Lincolnshire, around 1820.
7) Hurst-Whitworth of Stambord, county Lincoln, and Buckden and Stilton, county Huntingdon
8) Richard Hurst of Spring Hill, Rochdale, county Lanc., England, 1887 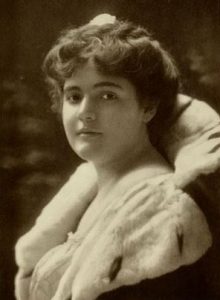 Notables
There are hundreds of notable people with the Hurst surname. This page will mention a handful. Famous people with this last name include: 1) Bruce Vee Hurst (1958) who was an American baseball pitcher who plated four different teams in the MLB (ex. Boston Red Sox) from 1980 to 1994, born in St. George, Utah, 2) Alan Arthur Hurst (1945) who was a Member of Parliament for Braintree as part of the Labour party from 1997-2005, 3) Sir Geoffrey Charles Hurst (1941) who was a former English football (soccer) player whose senior career spanned from 1959-1976, having played for teams such as West Ham United and Stoke City, 4) George Samuel Hurst (1927-2010) who was a scientist and inventor from Ponza, Kentucky who is considered a pioneer of touchscreen technology, 5) William Hurst (1810-1890) who was a Scottish civil engineer from Fife who is credited for his contribution to early railroad construction in Britain, 6) Pat Hurst (1969) who was an American professional golfer from San Leandro, California who plated on the  Ladies Professional Gold Association (LPGA) IN 1994, 7) Michael D. Hurst (1950) who was the 32nd Mayor of Windsor, Ontario, Canada from 1991 to 2003, 8) Glynn Hurst (1976) who is a former soccer (football) player from Barnsley, England who played from 1994 to 2011, 9) Brian Desmond Hurst (1895-1986) who was a Irish film director from Belfast who was best known for his movie Scrooge released in 1951, and 10) Fannie Hurst (1885-1968) who was an American short-story writer and novelist during the post-WW1 era known for works such as Imitation of Life and Back Street, born in Hamilton, Ohio. 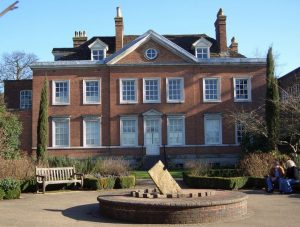 1) (Sterford, co. Hertford). Ar. the sun in splendour gu. Crest—In a wood ppr. the sun or.
2) (Sabridgeworth, co. Hertford). Same Arms and Crest, a crescent for diff.
3) (Welbery, co. Hertford; granted 1715). Quarterly, erm. and or, a sun gu. Crest—A sun or, rising from behind a castle ppr. standing on a mount vert.
4) (Hinckley, co. Leicester; granted 1763). Quarterly, az. and gu. overall a sun or, in the 1st and 4th quarters two fleurs-de-lis fesseways, in the 2nd and 3rd a lion pass. guard. of the third. Crest—A dragon, wings elevated ar. resting the dexter foot on a cross crosslet or, charged on the shoulder with a fleur-de-lis az.
5) (Horsham Park, co. Sussex). Quarterly, erm. and or, over all a sun gu. Crest—An oak tree ppr.
6) (Barrowby, co. Lincoln). Ar. an estoile of twelve points gu.
7) (co. Salop). Ar. six billets az. fretty, three in fesse and as many in pale.
8) (Hurst, co. Lancaster). Ar. the sun in his splendour gu. Crest—Upon a mount vert a hurst or group of trees ppr. Motto—Pro Deo et rege. 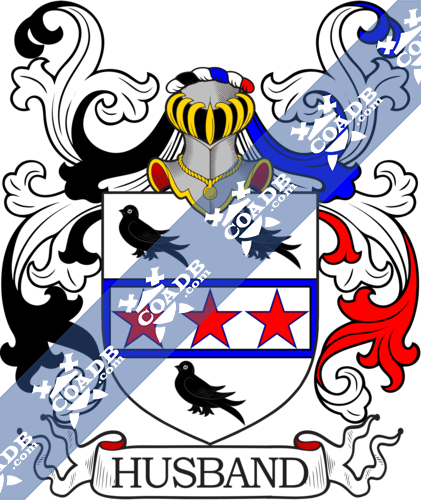