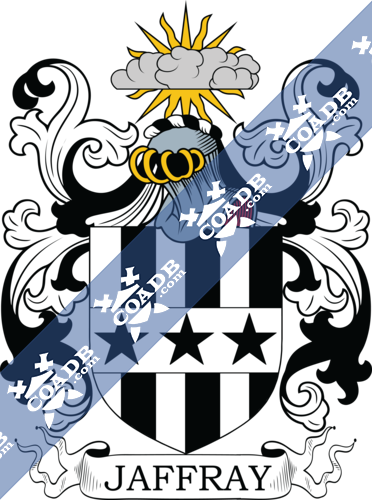 This unusual surname of English origin has different spellings Jeffry, Jeffery, Jeffree, Jeffray, Jeffroy, Jaffrey, Jaffray, Geoffrey, Geoffroy, etc. It acquired from a Norman particular name that appears in Middle English as Geffrey and in Old French as Je(u)froi. These names are themselves the result of a coalescing of many originally different Old German names such as “Galfridus,” and Gaufridus which acquire from “gala” which means “to sing” or “gawi” “region or territory,” and “fridtha,” “peace.” The surname dates back to the early 13th Century. More records contain as one Walter Gefray (1243), witness, “The Assize Court Rolls of Somerset,” and Agnes Geffreys (1283), “The Premium Rolls of Suffolk.” London parish records contain one Elizabeth Jeffray who married John Hare in February 1628, in Stepney.

The surname Jaffray first appeared in Peeblesshire, earlier division in South-central Scotland, in the present day Scottish Borders Council Area, where they held a family seat from old times.

The very first recording spelling of the family was shown to be that of Walter Geffrei, dated about 1203, in the “Curia Regis Rolls of Norfolk.” It was during the time of King John who was known to be the “Lackland,” dated 1199- 1216. The origin of surnames during this period became a necessity with the introduction of personal taxation. It came to be known as Poll Tax in England.

Many of the people with surname Jaffray had moved to Ireland during the 17th century.

Individuals with the surname Jaffray landed in the United States in two different centuries respectively in the 18th, and 19th. Some of the people with the name Jaffray who arrived in the United States in the 18th century included George Jaffray of Kincardine who settled in New Hampshire and became Speaker of the Assembly in New Hampshire in 1707. Lewis Jaffray settled in New England in 1774. 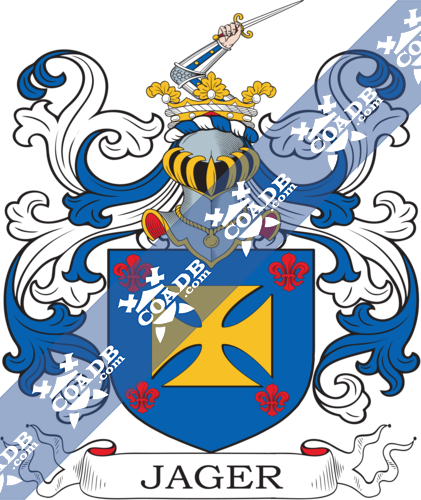