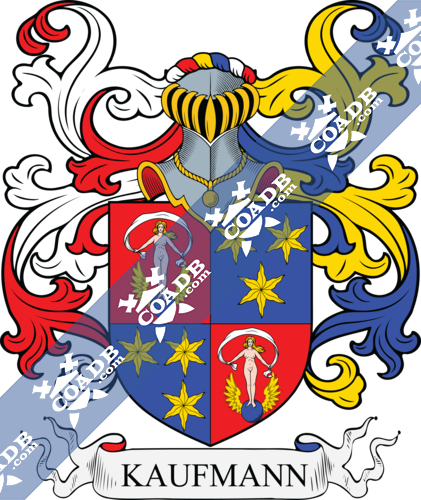 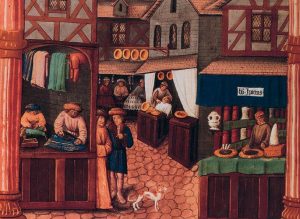 Origins, Meaning, History
This is a German and Jewish surname from the ancient personal (first name) Kaufman, which in turns derives from the Yiddish word koyfman, meaning merchant (or trader of business man). Another source states it comes from the Middle High German word koufman.  One source states this last name was first found in Hanover, Germany

Spelling Variants
Some common spelling variants of this surname are Kauffmann, Kauffman, Kaufman, Kofmann, Kofman, Coffman, and Caughman, as well as numerous others. The English equivalent is Chapman (a shop keeper). Other versions include Koopman (Danish) and Coopman or Copeman (Flemisdh)

Early Bearers of the Last Name
The earliest known bearer of this surname was Herbort Kofmanni recorded in Koln (Cologne) Germany in 1135 AD. A one Berchtoldus Kofman of Weinzberg, Germany was recorded in the year 1287 AD.

Early Settlers to the New World
Some early settlers in the United States include George Kaufmann who arrived in Texas in 1846. The name is also

A one Jude Kaufman was born in Germany in 1825. He married Caroline Heineman and had two issue with her: Sigmund and Hannah. Sigmund was born in 1847 in Frankfurt, Germany. He married Caroline Stern Abrams and had the following children with her: Julia (Levy), Abraham, Mina (Beck), Florence (Winkler), Clara, Rose (Levy), and Helen (Broda). Abraham was born in 1875 in Pine Hill, Alabama. George Kaufmann was born in 1810 in Prussia and later married Mary Walberga Fedder. He had a son named Frederick who was born in 1862 in Philadelphia, Pennsylvania. He married a woman named Elizabeth and had the following issue with her prior to his death in 1951: Carrie (Smith), Charles, Elmer, John, Albert Nicholas, and Russell.

Notables
There are numerous famous people bearing this surname, including, but not limited to: 1) Aloys P. Kaufmann (1902-1984) who was the 36th Mayor of St. Louis from the Republican Party, 2) David Kaufmann (1852-1899) who was a Jewish-Austrian scholar from the modern day Czech Republic, 3) Georg Friedrich Kauffmann (1679-1735) who was a German Baroque composer and organist, and 4) Konstantin Petrovich von Kaufmann (1818-1882) who was a Russian General and Governor of Turkestan. 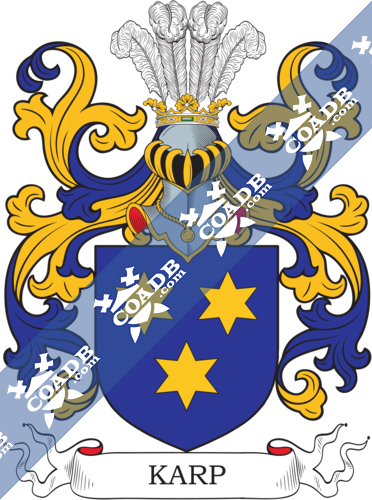 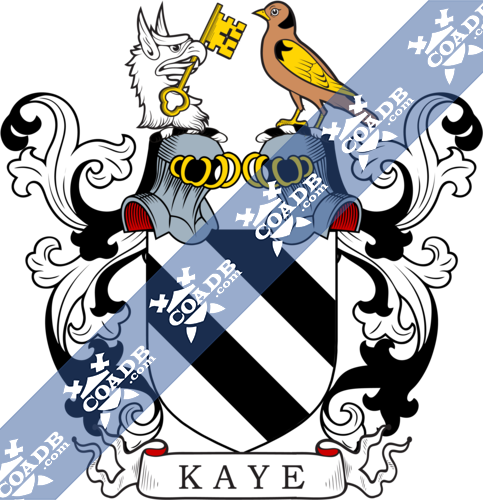