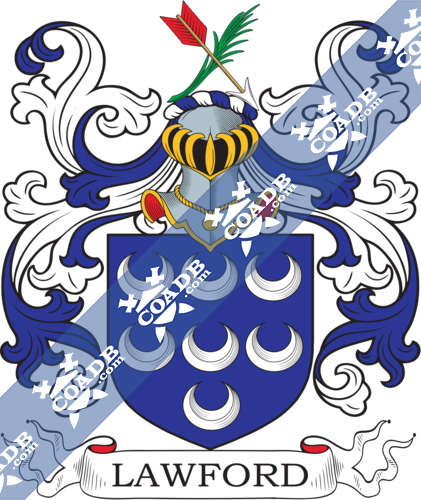 This surname is of Anglo-Saxon origin and is a geographical name from any of the different places called Lawford which have as their component elements the Olde English pre 7th Century special name “Lealla,” similar to the Old High German “Lallo,” and the Olde English “Ford,” a fort. These places contain Lawford in Essex, noted as “Lalleford,” near the year 1042 in the Anglo-Saxon Wills Recordings, and as “Laleforda” in the Domesday Book of 1086. Parish and Long Lawford in Warwickshire, showing as “Leileforde, Lilleford” and “Lelleford” in the Domesday Book, and respectively as “Churche,” and “Long Lalleford” in the 1235 Charter Rolls of Warwickshire and Lawford, a locality in the Williton rural county of Somerset. Locational surnames, like this, were originally given to local landholders, and the lord of the estate, and especially as a source of classification to those who departed from their birthplace to settle elsewhere. In December 1589, Thomas Lawford and Isabella Holbech married at Fillongley, Warwickshire.

The surname Lawford first appeared in Essex, where they held a family seat from old times.

The very first recorded spelling of the family was shown to be that of John Lawforde, dated about 1569, marriage to Elizabeth Carlett, in the “St.Giles’ Cripplegate,” London. It was during the time of Queen Elizabeth I who was known to be the “Good Queen Bess,” dated 1558- 1603. The origin of surnames during this period became a necessity with the introduction of personal taxation. It came to be known as Poll Tax in England.

Many of the people with surname Lawford had moved to Ireland during the 17th century.

Individuals with the surname Lawford landed in the United States in two different centuries respectively in the 17th and 20th. Some of the people with the name Lawford who arrived in the United States in the 17th century included Mary Lawford, who sailed to Virginia in 1649. William Lawford to Barbados in 1671. Richard Lawford to Barbados in 1671. 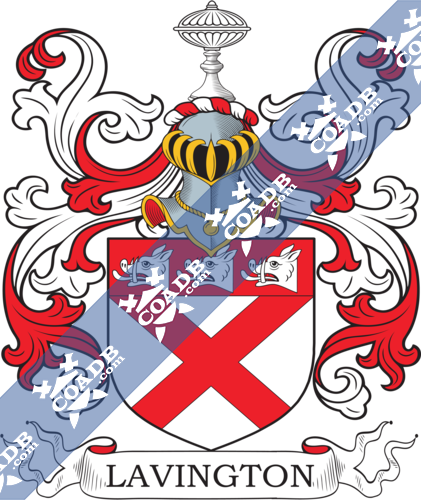 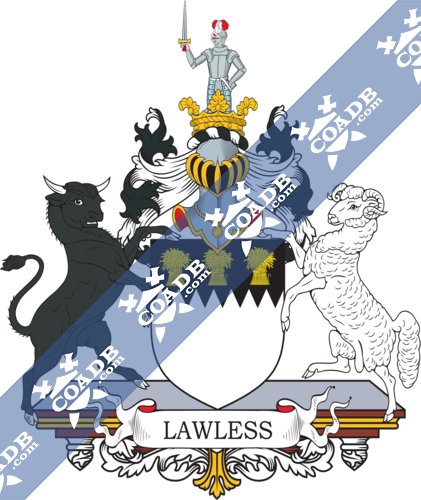