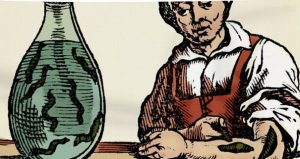 First, the name is thought to be an occupational surname denoting a physician or doctor, from the Old English word laece, derived from the medieval medical practicing of applying leeches to a sick person in the process of bleeding. Wikipedia states the following on the matter: “Bloodletting is the withdrawal of blood from a patient to prevent or cure illness and disease. Bloodletting, whether by a physician or by leeches, was based on an ancient system of medicine in which blood and other bodily fluids were regarded as “humours” that had to remain in proper balance to maintain health. It is claimed to have been the most common medical practice performed by surgeons from antiquity until the late 19th century, a span of almost 2,000 years”.

Second, others believe it is a topographic surname denoting a person who lived near a boggy stream, derived from the Old English word læcc.

Third, and similar to the second theory, some believe it originated as a habitational name denoting a person from Eastleach or Northleach in Gloucestershire, towns derived from the same Old English word, likely built near a marshy stream. Similarly, the book Patronymica Britannica states Leach was a parish united with Marlston, in county Chester, England. 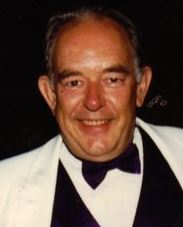 Notables
There are hundreds of notable people with the Leach surname. This page will mention a handful. Famous people with this last name include:
1) Cecil Leach (1894-1973) was an English cricket player born in Littleborough, Lancashire who played from 1923-1928
2) Dewitt Clinton Leach (1822-1909) was a member of the US House of Representatives for Michigan from 1857-1861, born in Clarence, New York.
3) Robin Douglas Leach (1941-2018) was an English entertainment report and a report from London, best known for hosting the TV show Lifestyles of the Rich and Famous from 1984 to 1995.
4) Sir Henry Leach (1923-2011) was an officer in the British Royal Navy, born in Newtown Abbot, having served in World War II and the Korean War, and was considered influential in convincing Margaret Thatcher to attempt to retake the Falkland Islands from Argentina.
5) James Madison Leach (1815-1891) was member of the US House of Representatives for North Carolina from 1859-1861 and again from 1871-1875, educated at the United States Military Academy
6) James Albert Smith Leach (1942) was a member of the US House of Representatives from 1977-2003 and again from 2003-2007, having held several other national political positions, born in Davenport, Iowa
7) Vice Admiral David Willoughby Leach (1928) was a senior officer in the Royal Australian Navy and served as Chief of Naval staff from 1982-1985, born in Subiaco, Western Australia
8) General Sir Edward Pemberton Leach (1847-1913) was an Irish general in the British Army, a Victoria Cross recipient, born in County Londonderry, Ireland, who served in the Second Anglo-Afghan War and Mahdist War. 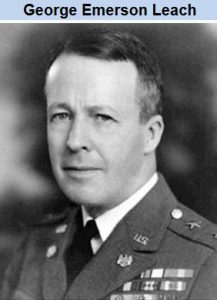 
9) George Emerson Leach (1876-1955) was a Major General in the United States Army, as well as the Mayor of Minneapolis at various times between 1921-1941, having served in three wars: Pancho Villa Expedition, World War I, and World War II
10) Brigadier General Henry Edmund Leach (1870-1936) was a British Army Officer who served in the Second Boer War and First World War, the son of Sir Edmund Leach of Corston House, Pembrokeshire, Wales
11) John Catterall “Jack” Leach (1894-1941) was a British naval officer and Captain of the HMS Prince of Wales, who served in both World War I and II
12) Reginald Joseph Leach (1950), nicknamed The Riverton Rifle and The Chief, was a professional Canadian hockey player who played in the NHL from 1970-1984 for four different teams: Boston Bruins, California Golden Seals, Philadelphia Flyers, and Detroit Redwings
13) Richard Max “Rick” Leach (1957) was the starting quarterback of the University of Michigan’s football team from 1975-1978, later going on to play professional baseball in the MLB from 1981-1990 for the Detroit Tigers, Toronto Blue Jays, Texas Rangers, and San Francisco Giants, born in Ann Arbor, Michigan
14) Robert Milton Leach (1879-1952) was a member of the US House of Representatives for Massachusetts from 1924-1925, having also been a Captain in the Ordnance Division of the US Army during World War I
15) Rosemary Leach (1935-2017) was a stage, film, and television actress born in Much Wenlock, Shropshire, England, best known for her roles in movies such as That’ll Be the Day and A Room with a View
16) Sheryl Lyna Stamps Leach (1952) is the creator of the children’s TV show Barney & Friends, born in Dallas, Texas
17) Terry Hester Leach (1954) was a pitcher in the MLB from 1981-1993 for four different teams (ex. New York Mets), born in Selma, Alabama
18) Thomas Andrew Leach (1877-1969) was a professional baseball player who played in the MLB from 1898-1918 for five different teams, including the Louisville Colonels and Chicago Cubs, born in French Creek, New York
19) William Leach (1870-1949) was a British Labour Party politician who served as a Member of Parliament for Bradford Central from 1922-1924, 1929-1931, and 1935-1945 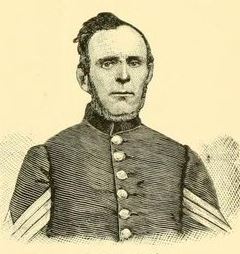 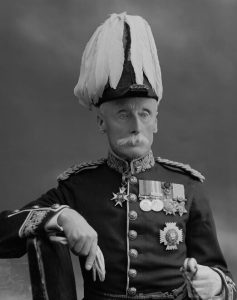 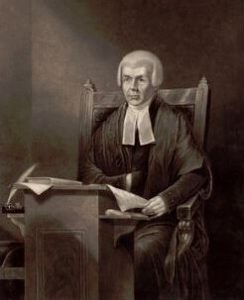 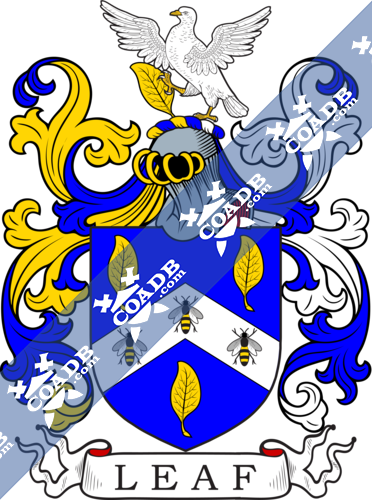