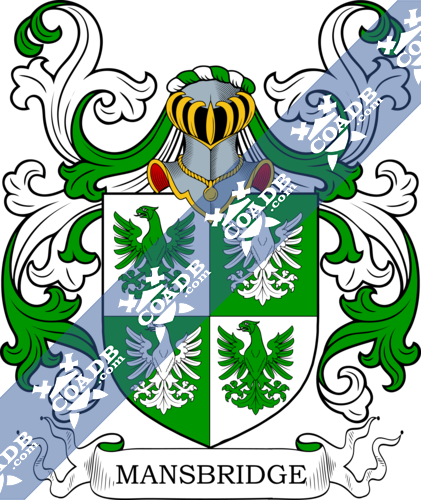 This unusual surname is of Anglo-Saxon origin and is a locational name from some estate, unlisted, or now a “lost” place called Mansbridge, considered to have been located in London because of the high percentage of early surname records from that division. The component elements of the place name are the Olde English pre 7th Century male given name “Mann,” similar to the Old High German “man,” used to show a bold or strong man, with the Olde English “brycg,” Middle English “brigge,” which means bridge. So, “Man(n)’s Bridge.” This first component also appeared in Manston, places in Dorset and Kent, noted respectively as “Manestone” and “Mannestone” in the Domesday Book of 1086. Geographical surnames were originally given to local land holders, and the lord of the estate, and particularly as a means of identification to those who departed from their mother town to settle any other place. In September 1561, William, son of John Mansbridg, named at St. Mary Abchurch, London, in October 1577, and John Mansbridge and Thomasin Winter married at St. Dunstan’s, Stepney, London.

The surname Mansbridge first appeared in London where they held a family seat as Lords of the Estate. The Saxon rule of English history declined after the Battle of Hastings in 1066. The language of the courts was French for the next three centuries and the Norman atmosphere controlled. But Saxon surnames remained, and the family name first mentioned in the 13th century when they held estates in that city.

The very first recording spelling of the family was shown to be that of John Mansbrige, dated about 1559, marriage to Ellin Wallis, in the “St.Margaret Moses,” London. It was during the time of Queen Elizabeth I who was known to be the “Good Queen Bess,” dated 1558 – 1603. The origin of surnames during this period became a necessity with the introduction of personal taxation. It came to be known as Poll Tax in England.

Many of the people with surname Mansbridge had moved to Ireland during the 17th century.

Some of the people with the name Mansbridge who arrived in the United States in the 17th century included Ursula Mansbridge, who came to Maryland in 1657.

Some of the people with the surname Mansbridge who came to Canada in the 19th century included Henry Mansbridge and William Mansbridge, who are on record in the census of Ontario, Canada of 1871.

Some of the individuals with the surname Mansbridge who landed in Australia in the 19th century included James Mansbridge arrived in South Australia in 1850 aboard the ship “Trafalgar.”

Peter Mansbridge (born 1948), was a Canadian writer and anchor of The National. 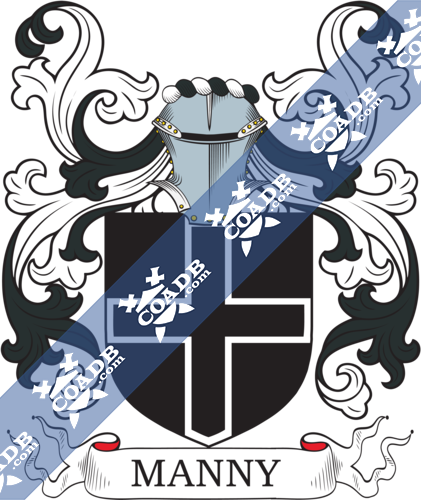 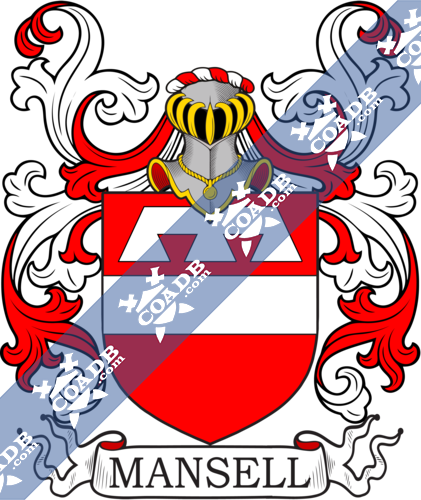