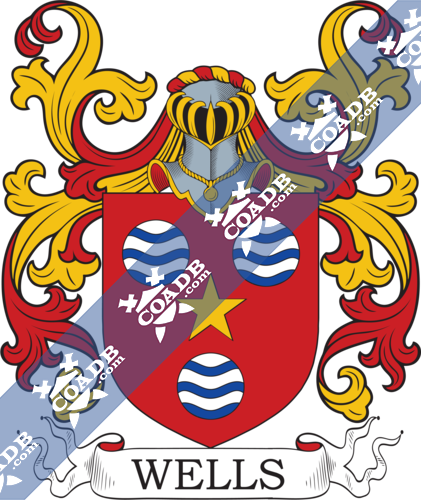 Wells Surname Name Meaning, Origin, History, & Etymology
This is a habitational or topographic surname meaning “at the well”, denoting a person who lived nearby such a structure, which was source of drinking water and hence a crucial part of everyday medieval life. The terminating letter S is common in monosyllabic surnames. It is interesting to note that often times construction of a well was the most expensive and time consuming of building a castle, and sometimes took decades to build. It can often denote a person who lived near a spring or stream, deriving from the Old English word wella or waella. Further, it may be an occuputtional surname for a person who monitored, operated, or tended to a village well. One author asserts name has nothing to do with the city of Wells in the west of England.

The progenitor of the family was Gilbert de Ghent, who came to Lincolnshire at the time of the Norman Conquest of 1066 AD and owned the village and mill of Well from the Bishop of Bayeaux. He was the 1st Earl of Lincoln and fought for King Stephen of England. He was the son of Walter de Gant and Maud of Brittany, a daughter of Stephen, Count of Treguier (in France), and the grandson of Gilbert de Gant (1040-1095 AD) who was from Flanders, and the great-grandson of Ralph, Lord Aalst.

Spelling Variations
Common spelling variants or names with similar etymologies include Well, Welles, Welman, Wellman, and Wels (German). It is also a translation of the French name Dupuis.

The 1890 book Homes of Family Names by H.B. Guppy, states the following in regard to this surname: “This is an ancient English name which was represented commonly by Welles in the counties of Oxford and Cambridge in the reign of Edward I. It is at present most numerous in the south of England, in Oxfordshire (as of old), Wilts, Berks, Sussex, and Kent. It has, however, an independent home in Lincolnshire, and extends northwards into Yorkshire and Lancashire”.

Early Bearers of the Surname
The earliest known bearer of this surname was Todse de Wells who was documented in the Pipe Rolls of 1177 AD, followed by Roger Attewell of Sussex in 1200 AD. Hugh de Wells lived in Lincolnshire in the early 1200s AD. The Hundred Rolls of 1273 AD, a census of Wales and England, known in Latin as Rotuli Hundredorum lists two bearers of this surname: Gilbert de Welles (Norfolk) and William de Welles (Lincolnshire). Hervy del Welle, vicar of Mendham in county Norfolk was documented in 1320 AD in the History of Norfolk. The Poll Tax of Yorkshire in 1379 AD lists one bearer of this last name: Johannes del Well. Anthony Welles of county Sussex was listed in the Register of the University of Oxford in 1583. An early marriage involving this surname was John Wells to Joane Vicaries in 1617. An early baptism involving this name was Robert Wells at Christchurch Greyfriars in London, England in 1557 AD.

The following bearers were found in Scotland during the Middle Ages, according to the 1946 book, The Surnames of Scotland, by George Fraser Black: 1) Richard de Welles witnessed a grant in favor of the chaplain of St. Peter at Duffus, 1240 AD, 2) Walter de Welles is mentioned in an Aberdeen document of 1277 AD, 3) Alisaundre de Welles was warden of the Hospital of St. John of Jerusalem in Scotland, 1296 AD, 4) Galfridus de Wellys, chaplain in Aberdeen, 1317 is probably Galfridus de Wellys, perpetual vicar of Tarwas, 1331, and 5) William de Wellis held lands in Aberdeen, 1342 AD. 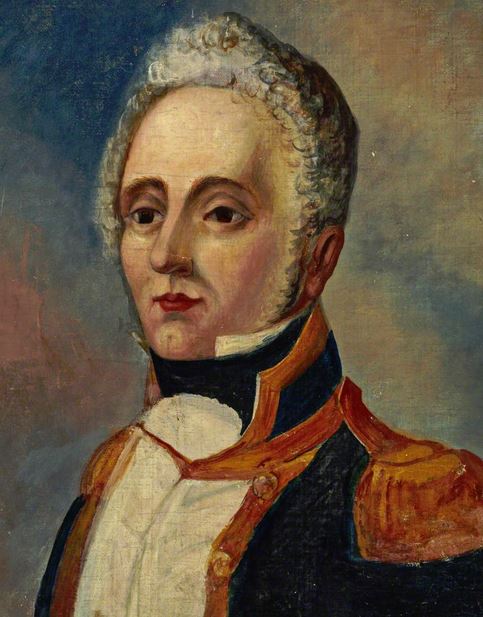 Wells of Holme Wood
William Wells was an Esquire of Holme Wood, count Huntingdon, England and was a High Sheriff for said county, as well as Justice of the Peace and Deputy Lieutenant for said county and Kent. He was born in 1818 and served in the 1st Life Guards. In 1854, he married Lady Louisa Charteris, daughter of Francis, 8th Earl of Wemyss and March. He served as a Member of Parliament for Beverly in 1852 and also for Peterborough in 1868. The Wells genealogy originates with a family of Welles that lived for generations in and around Greenwich in Kent, England. Thomas Wells, Vice-Admiral of the White, in 1784, married Sarah Bridget, sister of Sir Thomas Francis Fremantle, and had issue with her, including a won named William. This William Wells was a Captain in the Royal Navy. In 1816, William married Lady Elizabeth Proby, daughter of the 1st Earl of Carysfort, and died in 1826, leaving five children: William, Grenville Granville (married Allada Harriot George), Frederick, Elizabeth (married Reverend Robert Heathcote), and Charlotte (married Reverend W. A. Bowyer). The Wells Coat of Arms (mistakenly sometimes call the Wells Family Crest) has the following heraldic blazon: Or, a lion rampant double queued sable, in dexter chief point a pellet. Crest: A demi-ostrich wings displayed argent ducally gorged or, charged on the breast with an escallop sable, and holding in the mouth a horseshoe of the second.

In Canada, one of the first bearers of this last name was Thomas Wells, who settled in Trinity Bay, Newfoundland in 1769. In Australia, one of the first settlers with this surname was George Wells, a convict from Middlesex, England, who came aboard the Almorah in 1817 to New South Wales (then a penal colony.) In New Zealand, Annie Wells came to the city of Auckland in 1840, and in the next year, Samuel Wells came to Wellington aboard the Whitby.

Matthew’s American Armoury (1907) and Bluebook contains three entries for this name:
1) Edward Wells of Burlington Vermont, the son of William Wellington Wells, and descendant of Hugh Welles who came to Massachusetts in 1635. He was born in Waterbury in 1835 and was a Representative of Legislature. He married Martha Frances and later Effie E., both daughters of Lucius Parmelee, and had a daughter named Anna Parmelee.
2) Ebenezer Wells of Brattleboro, Vermont of 1750. Arms: Or, on a cross sable a sun in full splendor, in the first quarter a lion rampant of the second. Crest: A unicorn’s head erased azure, crined armed and ducally crowned or, between two wings of the last.
3) Governor Thomas Welles (1598-1660) of Chesterfield, Connecticut, 1635, the son of Thomas Welles of London and Essex. Arms: Or, a lion rampant double queued sable, on a chief gules two annulets interlaced of the field. Crest: Out of a mural crown a demi-lion, double queued sable, holding between the paws two annulets interlaced.

Grantees
We have 43 coats of arms for the Wells surname depicted here. These 43 blazons are from Bernard Burke’s book The General Armory of England, Ireland, and Scotland, which was published in 1848. The bottom of this page contains the blazons, and in many instances contains some historical, geographical, and genealogical about where coat of arms was found and who bore it. People with this last name that bore an Wells Coat of Arms (or mistakenly called the Family Crest)
1) Wells, of Bickley and Redleaf, county Kent, 1811
2) Admiral Sir John Wells, G.C.B., 1834, of Butler’s Green, county Sussex, 1821
3) Reverend Samuel, Rector of Portlemouth, county Devon, of East Lillington, co. Devon (1838)
4) Warwick (or Warwick Walter?) Wells, Assistant Surgeon, of Minehead, county Somerset, England, 1852
5) of Kupon Hall, 1853
6) Wells-Dymoke, of Berkshire, 1867
7) Edward Wells of Wallingford, Berkshire, 1890
8) Sir Spencer Wells, Baronet, of London, 1883 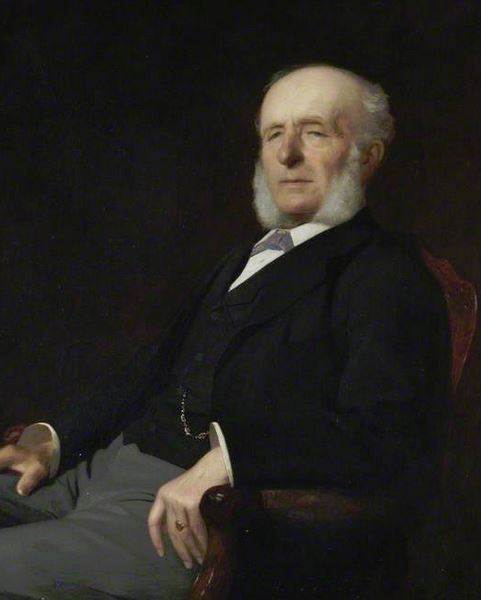 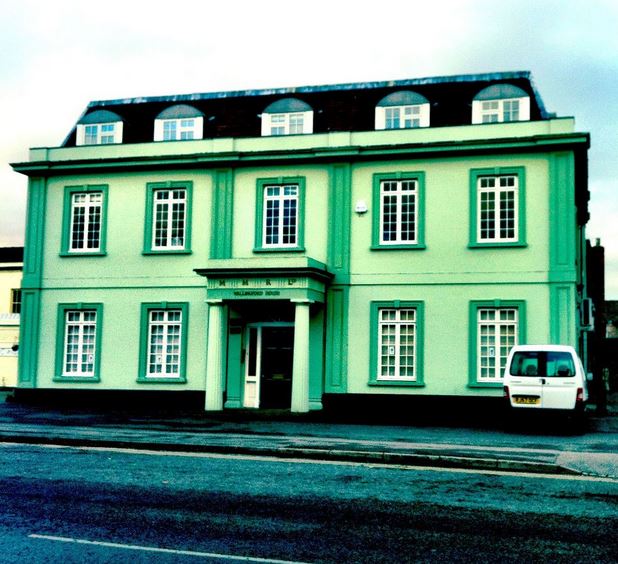 Wallingford House, once home of Edward Wells, a brewer by occupation 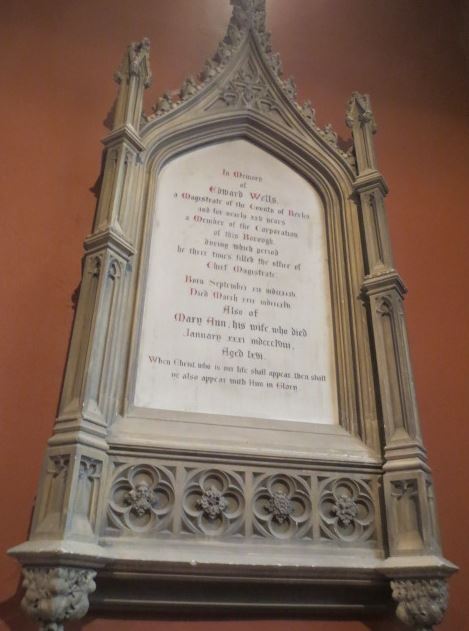 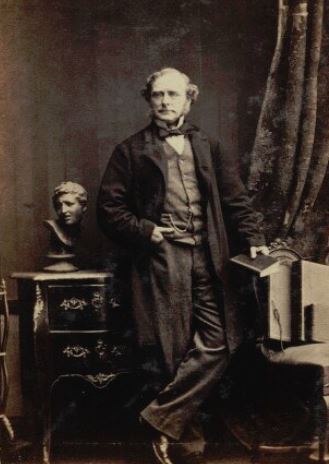 Notables
There are hundreds of notable people with the Wells surname. This page will mention a handful. Famous people with this last name include: 1) Herbert George Wells (1866-1946)  who was an Englush writer born in Bromley, Kent, United Kingdom, known for his science fiction novels such as The Time Machine, The Invisible Man, and The War of the Worlds, 2) Alfred Wells (1814-1867) who was a member of the U.S. House of Representatives from New York just prior to the Civil War, 3) Carolyn Wells (1862-1942) who was an American poet and writer born in Rahway, New Jersey, 4) Charles Wells (1786-1866) who was an American politician who was a legislator in Massachusetts who served as the 4th Mayor of  Boston, MA, 5) Clark Henry Wells (1822-1888) who was a career officer in the United States Navy who served for two decades after the Civil War as a Rear Admiral and was born in Reading, Pennsylvania, 6) Clyde Kirby Wells (1937) who was the 5th Premier of Newfoundland from 1989-1996 and later the Chief Justice of Newfoundland and Labrador, 7) Daniel Hanmer Wells (1814-1891) who was an apostle of The Church of Jesus Christ of Latter-day Saints and was the 3rd Mayor of Salt Lake City, born in Trenton, New York, 8) David Lee Wells (1963) who was a pitcher in the MLB known as Boomer who played for 12 different teams from 1987-2007, born in Torrance, California, 9) Mary Esther Wells (1943-1992) who was an American singer associated with the Motown sound of the 1960s from Detroit, Michigan, 10) Matthew Wells (1886-1953) who was a British professional boxer who held the Lightweight Championship of Great Britain and the Welterweight Championship of the World, 11) Milton Wells (1829-1906) who was a teacher and clergyman who became a brigadier general during the American Civil War. 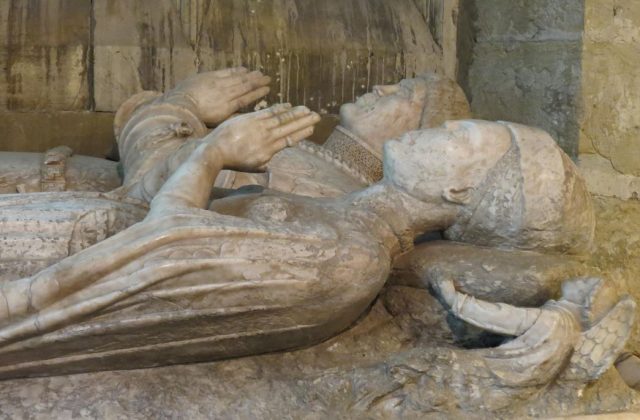 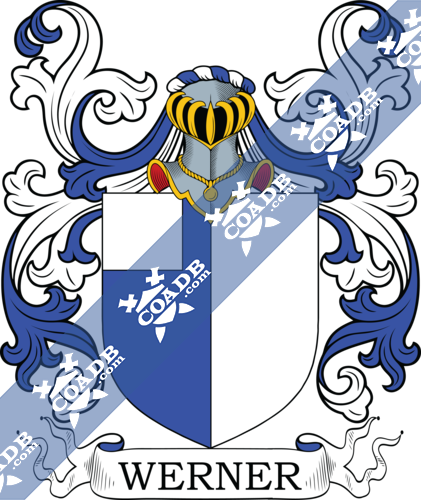